‘Immature’ arsonist, 20, who used a cigarette lighter to set fire to grass on iconic Ilkley Moor as firefighters battled two nearby blazes in ‘act of stupidity,’ is jailed for 27 months

An ‘immature’ arsonist who started a fire on Ilkley Moor that destroyed 50 acres of the iconic Yorkshire landmark has been jailed for 27 months.

Mohammed Zulkifl, 20, put a cigarette lighter to grass before running off in April this year, causing a large area of the valuable wildlife habitat to go up in flames.

Fire crews rushed to the scene and risked their lives battling the flames, despite being already stretched as they battled two further fires on the tinder dry moor following days of hot weather.

Zulkifl, from Bradford, West Yorkshire, pleaded guilty to one charge of arson at Bradford Crown Court.

Natural England said the damaged area of land could take decades to recover.

Sentencing, Recorder of Bradford Jonathan Durham Hall QC told Zulkifl: ‘Ilkley Moor is etched into the national psyche – we all know it.

‘It is one of the few features which often distinguishes this area in the minds of onlookers. 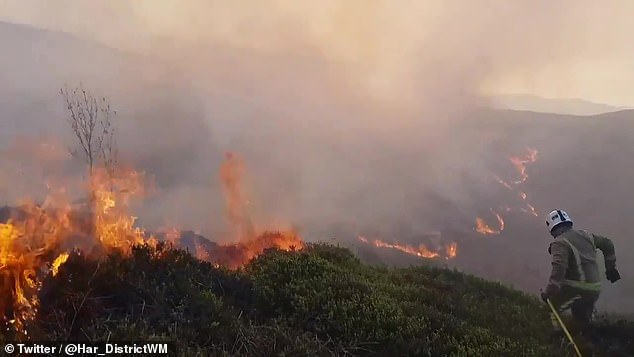 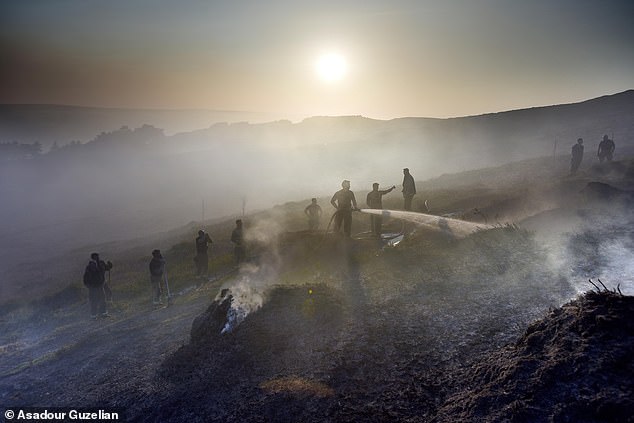 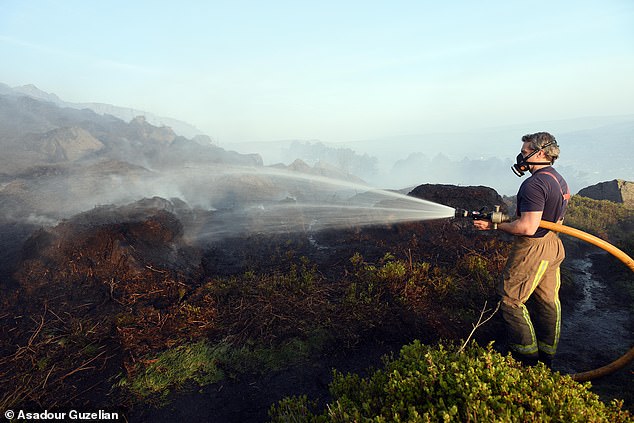 ‘It is an extremely beautiful, extensive area of moorland. It is vulnerable, and will be vulnerable, along with all other moors.’

‘This case is a matter that has come to considerable public attention because it was an aspect of the most distressing and upsetting fires that beset this extremely precious part of Yorkshire during a very warm season indeed. Exceptionally, unusually.’

Prosecutor Jonathan Sharp said the moor is of special important to the local community, is a Site of Special Scientific Interest, a Special Area of Conservation, and a Special Protection Area.

The initial fires began about 4pm around a coppice in the White Wells area of the moor and the flames threatened residential properties.

‘Officials were deployed to keep members of the public away from the fires and to allow the emergency services to work,’ said Mr Sharp. 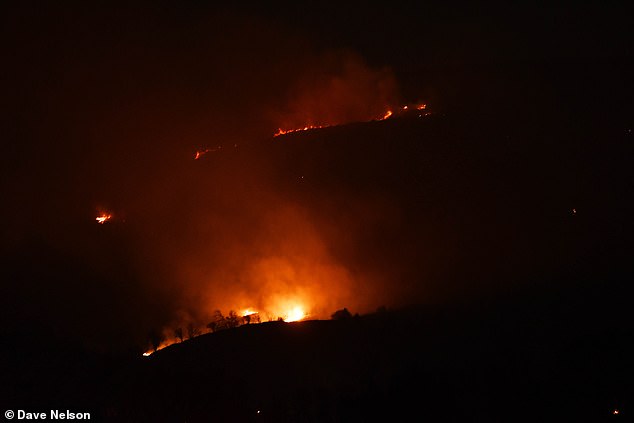 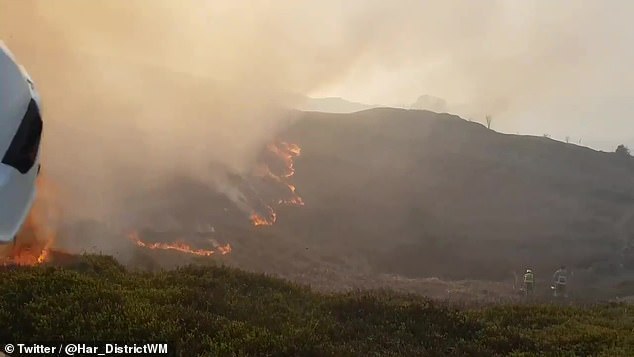 ‘At about 8pm, Council wardens Janine Bell and Philip Kaye were in the White Wells area assisting in this process when they were approached by some concerned members of the public who pointed out a group of three males, the defendant and two others.

‘Smoke was rising from the area where the group was standing, and the established wildfires and the activities of the emergency services could clearly be seen from their vantage point.

‘Ms Bell and Mr Kaye started to walk towards the group. As they approached, they saw the defendant crouch down and set fire to the grass with his cigarette lighter. A fire started and the defendant stamped it out.

‘But he then set fire to the grass a second time, and walked away as the fire began to take hold. The wardens began running towards them. All three males ran off as the wardens and several members of the public gave chase. The males ran into the path of police officers on the moor, and were arrested.

‘The defendant admitted to the officers that he had set a fire.’ 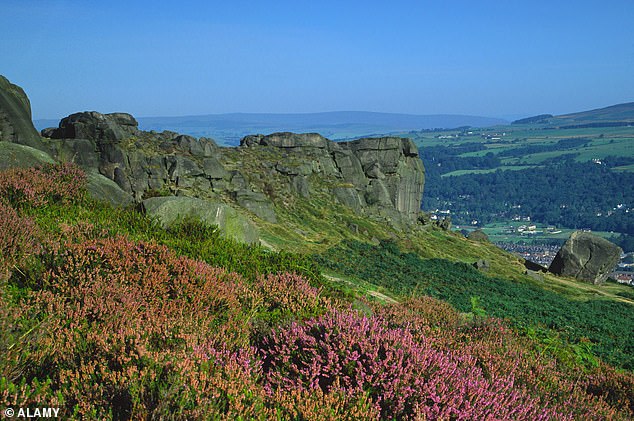 Mitigating Mrs Kate Batty said her client’s action was ‘an act of stupidity.’

‘His behaviour fundamentally lacked any malice, it was impulsive and immature.’

A statement from Natural England said the area may take decades to fully recover.

‘Wildfire can lead to the loss of valuable wildlife habitats, threaten public safety and property, tie up the emergency services, cause erosion and scar the landscape for considerable periods of time.’

Having a blast: Barrie the rescue dog saved from Syrian rubble

Having a blast: Barrie the rescue dog saved from Syrian rubble

Campus admin - February 19, 2020
0
© Newspaper WordPress Theme by TagDiv
We use cookies to ensure that we give you the best experience on our website. If you continue to use this site we will assume that you are happy with it.Ok