The husband of a healthcare worker found dead in her home crashed the family car hours after screams were heard coming from their house.

Jessica Bairnsfather-Scott’s body was discovered in her house in Perth on Sunday when panicked family broke in after seeing photos of the wrecked car, and raced over to see what was going on.

Daily Mail Australia can reveal the crash happened around midday on Saturday, when Ms Bairnsfather-Scott’s husband Harold Carter, collided with a tree.

But police are investigating if Ms Bairnsfather-Scott, 32, was killed on Friday night, when neighbours heard screams coming from her house. 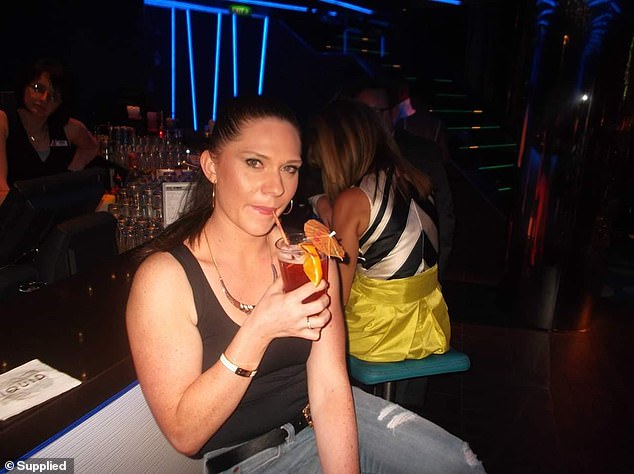 A local towing company, which dragged the totalled white Holden Cruze off the road, said the driver clambered out of the wreck ‘virtually uninjured’.

‘He’s hit the tree in the middle of the road and spun the car 180 degrees,’ the tow truck company owner said.

‘He was very shaken up and the ambulance checked him out, but he didn’t want to be transferred so they let him go.’

Neighbours heard screaming coming from Ms Bairnsfather-Scott’s house on May Drive in Nollamara on Friday night, but did not call police.

the towing company, called Cameltow,  posted the photos on its Facebook page, saying the car was ‘now subject to a homicide investigation’. 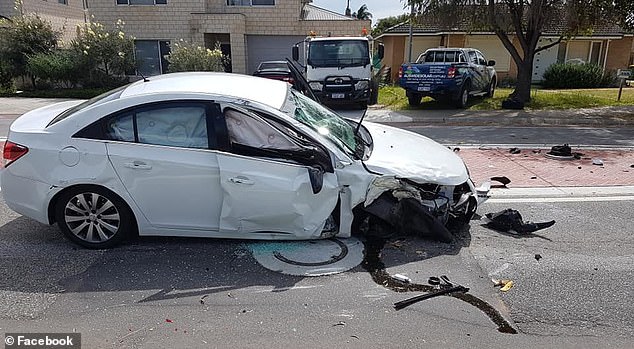 Earlier that day, Ms Bairnsfather-Scott’s family said she had texted them photos showing a car crash (pictured), but when they tried to call her she didn’t answer 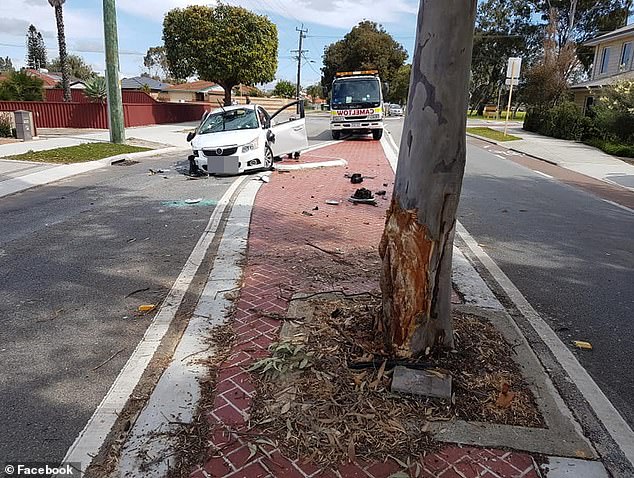 The car appeared to have hit a tree on a traffic island, taking a chunk out of the trunk

Ms Bairnsfather-Scott’s family saw photos of the crash and tried to contact her before rushing to the house and breaking in through the roof when she didn’t answer.

It was then, soon after midnight on Sunday, they made the devastating discovery of her body lying dead inside the house and called police.

A family member said her death shocked the whole family as there were no signs of trouble in Ms Bairnsfather-Scott’s life.

‘Her life seemed really good and happy and she never said she was having any problems at home,’ they said.

‘Every time I see her she was always happy.’ 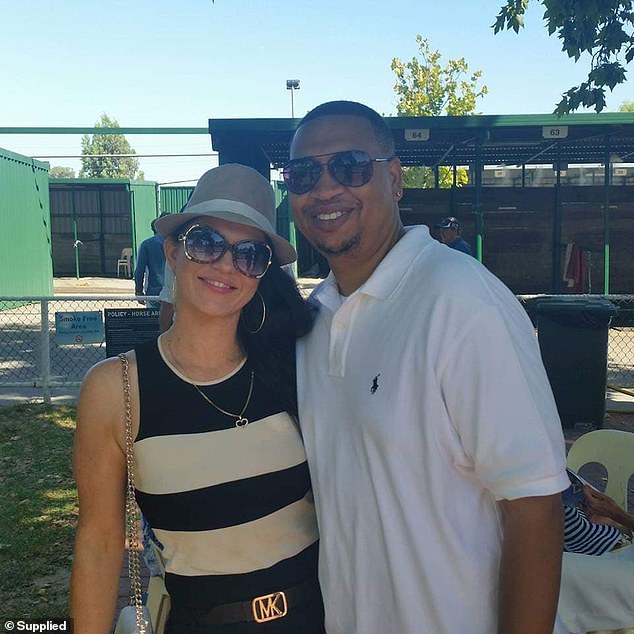 Mr Carter, who is assisting homicide detectives with their investigation, collided with a tree about midday on Saturday 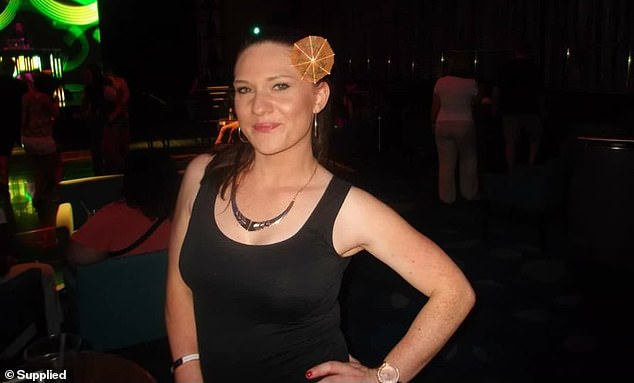 Neighbours heard screaming coming from Ms Bairnsfather-Scott’s house on May Drive in Nollamara on Friday, but did not call police

‘Jessica was beautiful, always a smile to brighten everyone’s day, would never wrong anyone, always there to help when you need, and just a beautiful person all around.

‘I thought they would have children soon as she loves her nephews to bits. She didn’t deserve this.’

Ms Bairnsfather-Scott’s sister Alison Gibson said the last messages family got from her were photos of the car crash.

She questioned why neighbours failed to alert police to the screaming on Friday night.

‘Just check on someone. Like look how close these houses are, they are literally wall to wall, she told 9 News. 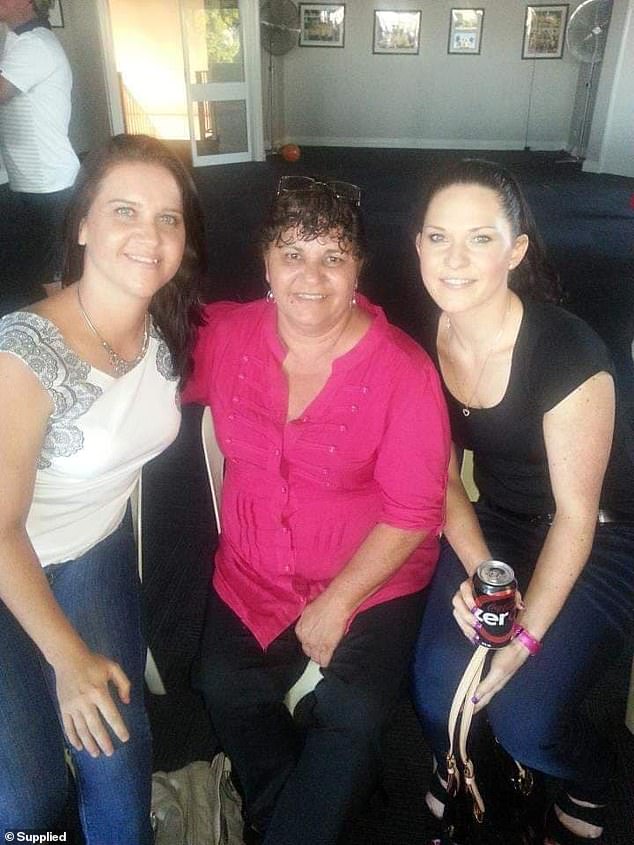 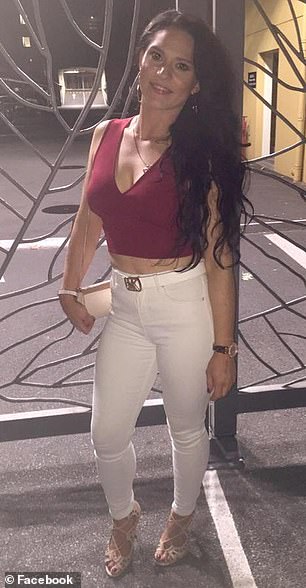 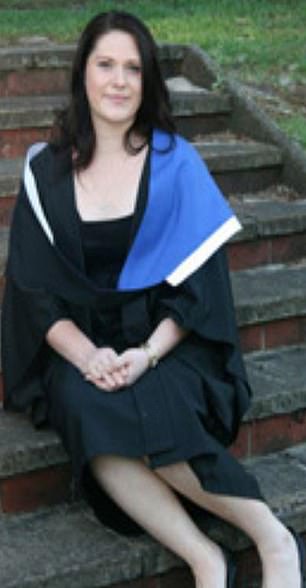 Jessica Bairnsfather-Scott was found dead inside a home on May Drive in Nollamara, in the north of Perth, on Sunday morning

‘She was always smiling, she always made everyone happy around her. She was really kind, the life of the party,’ Ms Gibson said.

‘We are a really close family.’

The family stayed outside the family for 16 hours as police investigated. Distraught relatives were seen comforting each other outside the home on Sunday.

‘We are shattered. We are a really close family. She was so loved,’ one said.

Police interviewed Mr Carter on Sunday night and will stay at the house several days for forensic examination.

‘There is no known ongoing risk to the public at this stage,’ a police statement read. 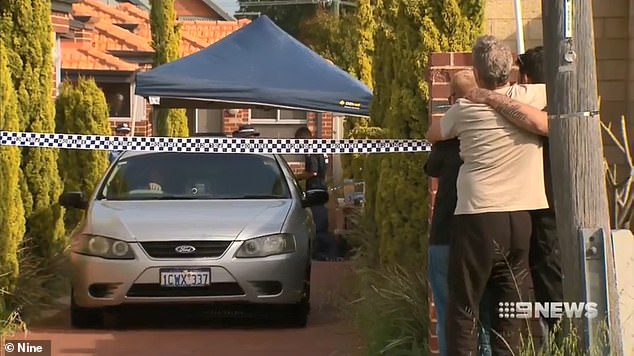 Ms Bairnsfather-Scott earned a Bachelor of Arts at the University of Western Australia despite not doing any of the right subjects at school.

‘Growing up, I never imagined that I would go to university. I was never a high achiever in school, but I had a drive to learn and to use that knowledge to help my people is some way,’ she said in a graduate profile.

‘Growing up I had the misconception that you had to be very smart to go to university so my confidence in myself and my abilities to attend or complete university were very low.’

The young woman completed an Aboriginal orientation course from UWA’s School of Indigenous Studies to prepare her for her degree.