A 31-year-old Australian man laid dead inside a New Zealand university dorm room for three days before his body was found.

The man, who has not been identified, was a PhD student at the Victoria University of Wellington and living in university housing for mature students when he died in January 2018.

A spokeswoman for the university described the man’s death as ‘sudden’ and confirmed a hall staff member had found his body, while the manager was on leave.

News of the man’s death and the delayed finding of his body has emerged just weeks after the body of a 19-year-old Canterbury University student was found nearly two months after he had died.

Mason Pendrous’s body was found inside his dorm room on September 23 after other students living at the Sonoda Christchurch campus noticed a bad odour. 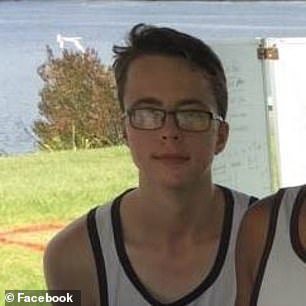 The Australian man was living alone in a studio apartment, and only a third of the rooms in his residence were occupied at the time of his death, a spokeswoman for the university told Daily Mail Australia.

Victoria University held a memorial for the man after his death, which his family attended.

The spokeswoman said the situation was devastating for both students and staff of Education House, who were asked not to put anything on social media following the finding, until the man’s family had been notified.

‘Students who were at the hall at the time of the discovery were asked to be discreet and not post any comments on social media until the next of kin had been notified,’ she said.

‘Once confirmation was received from the Police that the next of kin had been notified (received within a matter of hours), this messaging ceased.

‘All University critical incident policies and procedures were followed and support was provided to staff, students and family impacted by the tragedy.

‘It was a very sad time for the University and particularly upsetting for staff and students at Education House.’

Johnny O’Hagan Brebner told The Sydney Morning Herald other students at the university were not aware of the death until recently, and were shocked at the revelation.

He said as the news editor of the student magazine he was ‘used to seeing and hearing and writing about bad stuff going on’, but this news was on a different level.

‘This is a lot worse than I would’ve expected to see. It really concerns me’ he said. 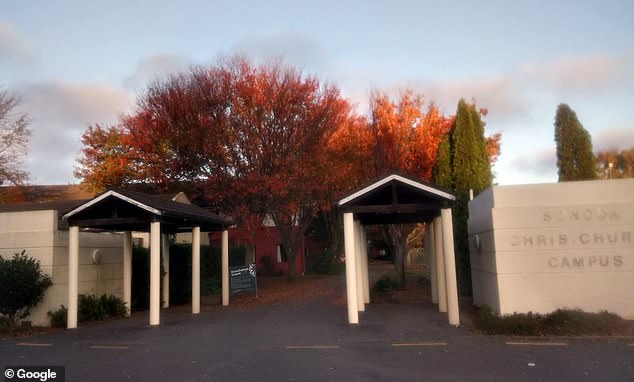 A spokeswoman for the Victoria University in Wellington said the find was devastating to other residents and staff, and family had attended a memorial at the campus (pictured) after being notified of his death

He said the university had a reputation for being ‘very secretive’ and that ‘it wouldn’t surprise me if they’d put pressure on [residential advisors] not to say anything’.

The spokeswoman said following the incident, a policy change was made to ensure junior staff were not exposed to such distressing scenes.

‘The University made one change to its processes as a result of the incident, to ensure only the onsite person in charge at a hall enters the room of a missing resident,’ she said.

‘This was done to prevent more junior staff potentially being exposed to a distressing scene. We continuously review what we do in this area and respond to any recommendations from the Coroner.’