A violent street fight has broken out between Australian tourists in Bali.

Footage was captured of the brawl, showing police and security attempting to break up the fight.

Pedestrians watched on in horror as the violence unfolded in front of them and spilled out onto a busy street, holding up traffic.

The video shows the group fighting on the sidewalk before the violence moved onto the street.

Police officers and security guards can be seen attempting to stop the fight before they are also pushed out of the way.

A man without a shirt was then hit in the face before he fell to the ground and hit his head on the road.

A woman then pushed another man, as the shirtless man on the ground struggled to get up.

Other tourists were seen fighting on the sidewalk as one woman threw a punch at another man.

Police then helped the shirtless man onto the sidewalk as they attempted to calm the tourists down. 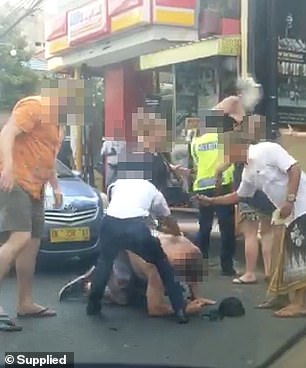 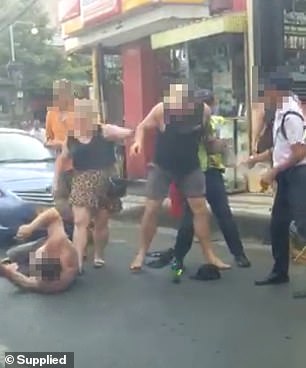 Shocking footage was captured in Bali of the brawl, which shows police and security attempting to break up the fight 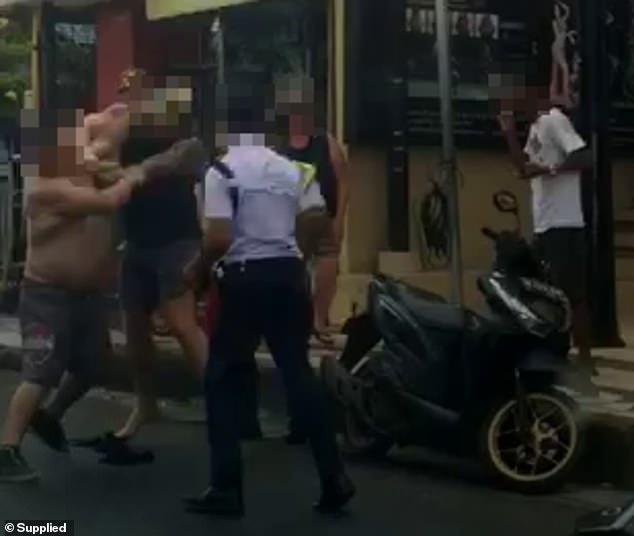 The violent fight showed at least 10 large men exchanging blows was believed to have occurred in Kuta this week.

Footage shows a man attempting to separate two other men before they push past him and begin to fight.

One of the men fell to the ground before more people jump in, causing chaos. 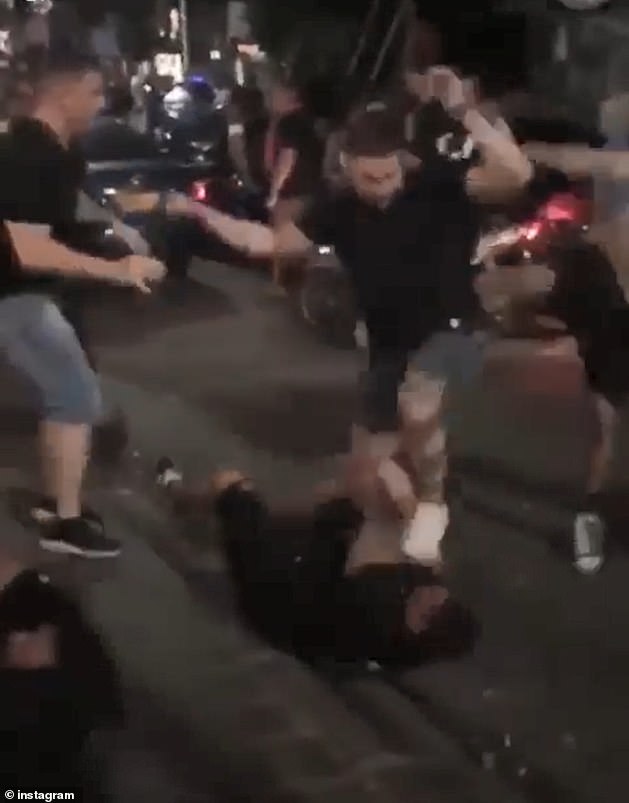 Just last week, Melbourne Storm star Nelson Asofa-Solomona was also caught up in violence in Bali when he allegedly unleashed a barrage of punches outside a nightclub.

Footage of the violent brawl involving the 23-year-old outside the La Favela bar in Seminyak went viral on Sunday night, sparking questions from the NRL integrity unit.

Witnesses claim Asofa-Solomona only retaliated when Storm winger Suliasi Vunivalu was hit in the face in an unprovoked attack inside the club.

Bystanders were forced to scatter away from the brawl as the men raged across the street.

A second Melbourne Storm star was also seen laying a massive hit on a punter in the pool of a popular Bali bar hours before the wild brawl that landed Asofa-Solomona in hot water.

Tui Kamikamica lined up the partygoer and crash tackled him into the pool at leading night spot Mrs Sippy on Sunday afternoon, as a crowd of onlookers cheered him on.

A video posted to social media shows the towering Storm prop delivering the big hit before the man – a willing participant in the stunt – emerges from the water, hands in the air in celebration. 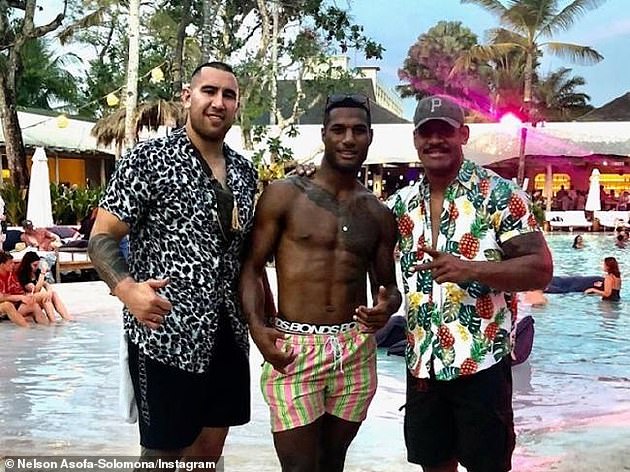