Beyonce’s father Mathew Knowles has claimed his daughter and her bandmate Kelly Rowland were harassed as teenagers.

The music manager, 67, said in a chat with Vlad TV on Tuesday that two members of the Atlanta-based R&B group Jagged Edge behaved inappropriately with the pair when they were 16.

The incident took place when Jagged Edge and Destiny’s Child were touring together, and on the same bus, in the late Nineties, according to Knowles.

Shock claims: Beyonce’s father Mathew Knowles has claimed his daughter and her bandmate Kelly Rowland were harassed as teenagers (pictured in 1999)

‘Now, remember the girls are minors: They’re 16-years-old, the guys are 21- and 22-years-old,’ said Knowles, who appeared on the show to promote his new book, Destiny’s Child: The Untold Story.

‘I got a call from Kelly and Beyoncé … saying that they were constantly being harassed by two of the members in Jagged Edge,’ he said. ‘I couldn’t have that. I literally had to put the guys off the bus in Baton Rouge, Louisiana.’

Mathew said he acted swiftly with business and the law in mind, saying, ‘I have a fiduciary duty with minors, by the law, there’s a certain way I have to manage that.’

When he was asked how he processed the information as a father, Mathew said, ‘We won’t talk about that on camera’.

Knowles did not specify which members of Jagged Edge he was talking about. 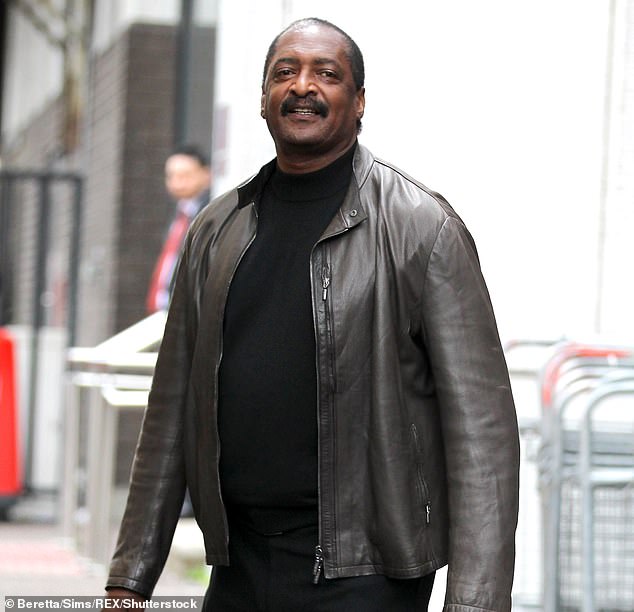 Speaking out: Mathew Knowles, 67, said in a chat with Vlad TV on Tuesday that two members of the Atlanta-based R&B group Jagged Edge behaved inappropriately with the pair 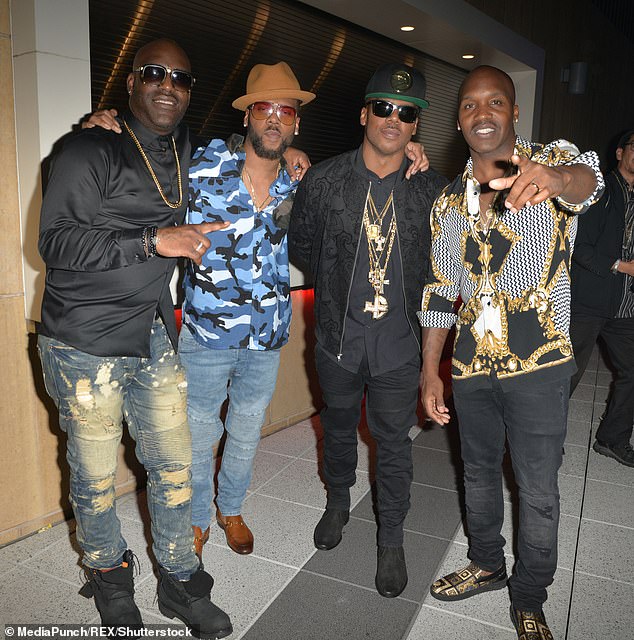 He said the incident ‘began all of this drama’ that involved one-time Destiny’s Child members LaTavia Roberson and LaToya Luckett getting new reps. The pair left the group in 2000.

Knowles revealed: ‘An attorney called me out-of-the-blue to tell me that I would be getting a certified letter… to tell me that, at this point, that he was now on an interim basis managing LaTavia and LaToya.

‘And that they would finally go and search for a final manager, but for now he was the interim manager.’

He said he told the attorney that Roberson and Luckett were responsible for about five percent of the vocals – Beyonce and Rowland did the other 95 percent – and ultimately, the ladies were gone from the group.

DailyMail.com has reached out to Beyonce, Rowland and Jagged Edge for comment. 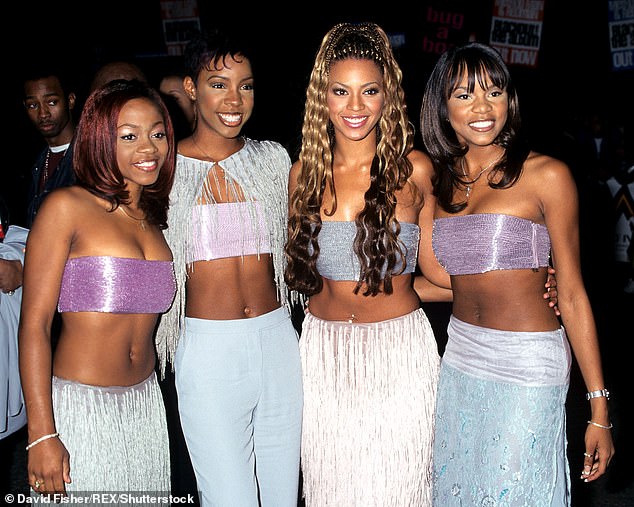 Nineties: The incident took place when Jagged Edge and Destiny’s Child (L-R LaTavia Robertson, Kelly Rowland, Beyonce Knowles and LeToya Luckett) were touring together on the same bus, in the late Nineties, according to Knowles

Knowles earlier this year said he passed on using R. Kelly for a 1998 collaboration with Destiny’s Child due to both business differences with the singer – and his reputation.

He told Metro.co.uk in January – amid the initial discussion brought about by the the Lifetime documentary Surviving R. Kelly – that when he and the group met with the singer, the girls were around 15- or 16-years-old.

‘I was there, and my former wife Tina was there,’ the music manager said. ‘When they went to the bathroom, Tina would go with them. They did not leave our eyes.’ 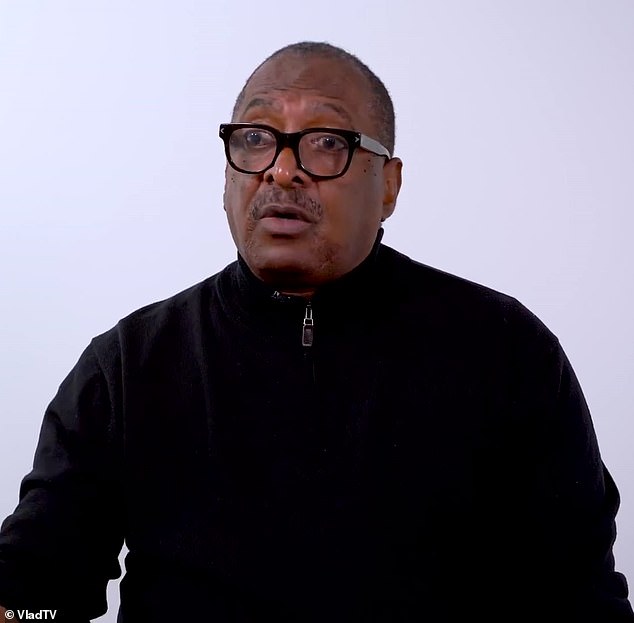 Personal: When he was asked how he processed the upsetting information as a father, Mathew said, ‘We won’t talk about that on camera,’ nor did he specify which members of the group he was talking about

Knowles told the outlet in detail about the environment in which R. Kelly immersed himself as he worked.

‘The thing with R. Kelly was, he liked to record late at night, around midnight,’ he said. ‘And what was different with his studio was that one room had a recording suite, and next door was a club, with 40 or 50 people dancing.’

Knowles said he passed on a collaboration between a then-established R. Kelly – who had hits such as to his name by then such as 1993’s Bump N’ Grind and 1996’s I Believe I Can Fly – and his up-and-coming group due to both business and creative differences. 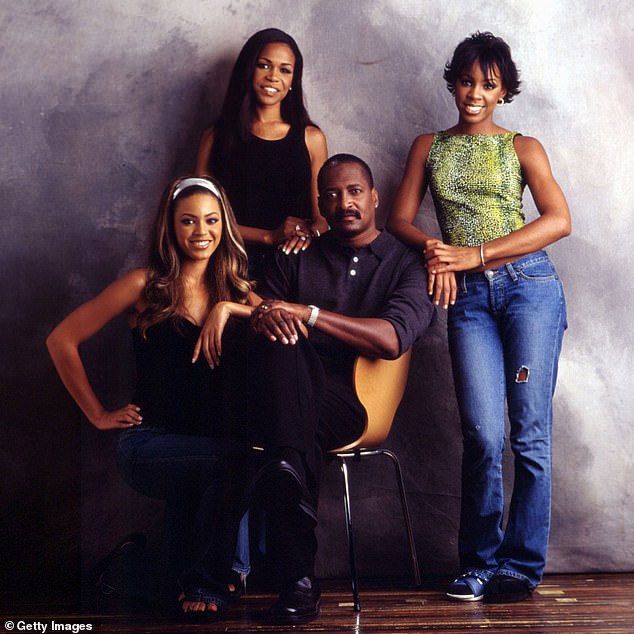 Change of members: After LaTavia and LeToya left the band, Michelle Williams joined in 2000, completing the line-up (pictured together with Mathew later in the year)

‘I personally rejected the song, because I didn’t think it was a good song,’ he said of the track, which would have been on the group’s self-titled debut album, which featured Beyonce, Kelly Rowland and then-members Roberson and Luckett. ‘Not just because of [his] reputation – this was around 1998, we had just begun to hear some of those things.’ 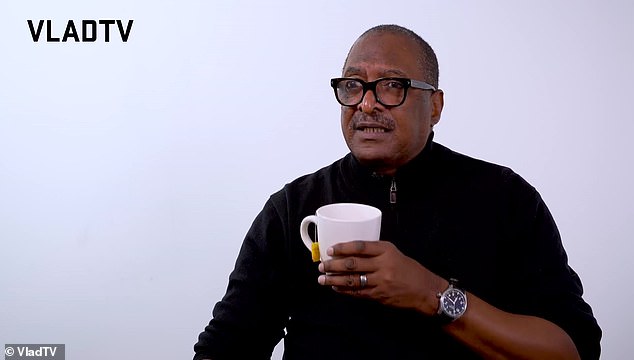 On the promotional trail: Knowles appeared on the show to plug his new book, Destiny’s Child: The Untold Story

An insider corroborated Mathew’s account with the outlet, recalling how ‘record labels would ask R. Kelly to write songs for emerging artists as a way to help them break into the industry and he made several requests for Destiny’s Child.

‘Mathew and Tina rejected all of them because they didn’t want him anywhere near the band which is why they are one of the few acts to debut in the 90s without an R. Kelly song in its official discography.’

Between R. Kelly’s reputation and the business differences, Mathew said ‘it was both of those’ factors that put him off of using his artists to collaborate with him. 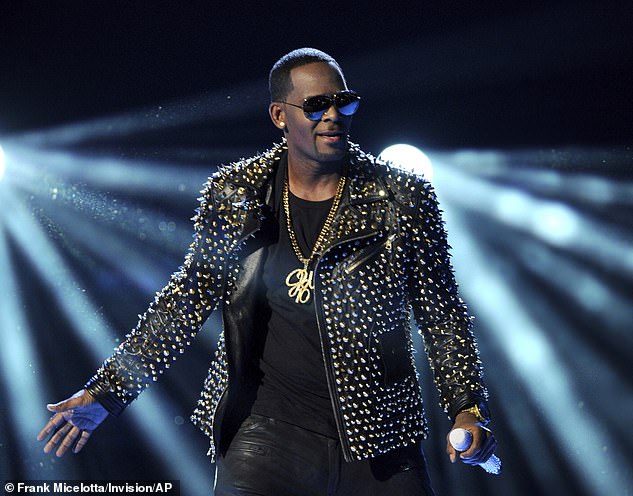 Passed: Knowles earlier this year said he passed on using R. Kelly for a 1998 collaboration with Destiny’s Child due to both business differences with the singer – and his reputation

The group did record one song R. Kelly wrote – the track Stimulate Me off of the soundtrack for the 1999 movie Life – but he was not present when it was recorded, an insider told the outlet, adding that ‘Mathew didn’t want it on any official Destiny’s Child’s albums, so it didn’t appear.’

The Ignition vocalist has denied allegations of sexual misconduct, which include keeping women in a cult and sexual relations with girls around the age of 14.

The Grammy-winning artist was acquitted of child pornography charges in 2008 in Cook County, Illinois stemming from a video which authorities said depicted him in sexual acts with a girl who looked to be 13; the singer and his alleged partner in the clip said it was not them. 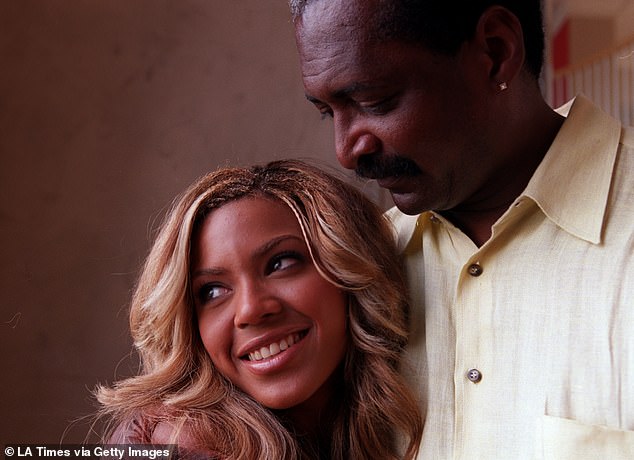 A father’s love: Beyonce pictured with her dad in June of 2001 in the family’s native Houston