The 48-year-old actor rushed onto the wrestling mat during a particularly fierce match involving his 16-year-old son Joaquin, according to video posted by TMZ.

Stepping in: Mark Consuelos, 48, lost his cool during his 16-year-old son Joaquin’s recent high school wrestling match, according to video from TMZ; pictured together in 2016

The video shows Joaquin at the start of a match with another high schooler during a tournament in Long Island, New York.

As the slaps are delivered, multiple unidentified people can be heard shouting in the audience.

As the referee blows his whistle and attempts to push them apart, the opposing wrestler manages to rip off Joaquin’s headgear. 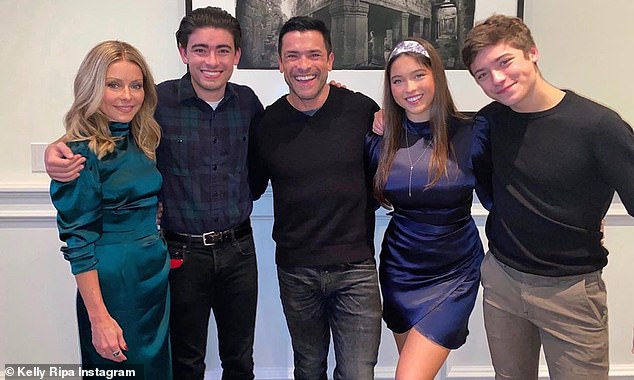 Aggressive: Video from the match shows Joaquin being slapped repeatedly by another wrestler, who then pulls his headgear off even as the ref tries to push them apart 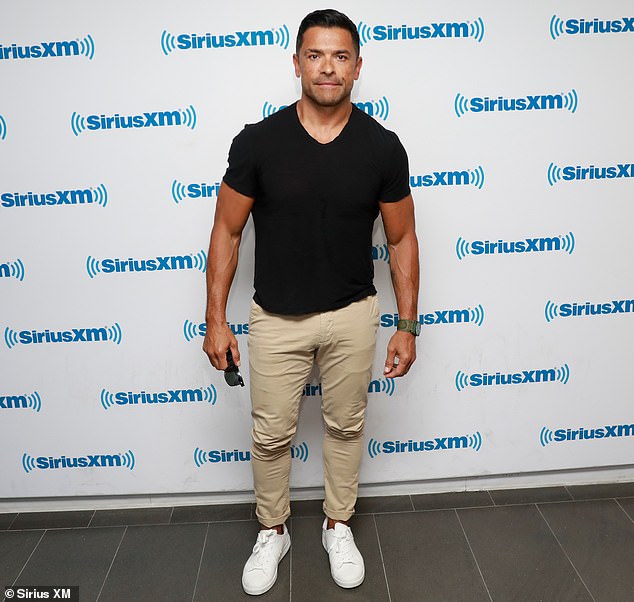 Getting involved: Mark rushes up to the ring and starts talking to the other boy. When the boy moves away he follows him, but another man pushes Mark off the mat before anything happens; shown in July

That’s when Mark suddenly appears on the mat.

It’s not clear what he’s saying, but he walks right up to the small ring and seems to be speaking directly to the other wrestler.

As the boy moves away, Mark follows him, and a wrestling coach or staff member steps in and briskly pushing him back and out of the ring before he gets too close to the boy.

It’s unclear what connection the person recording the video has to either wrestler, but he definitely isn’t happy with Mark getting so fired up. 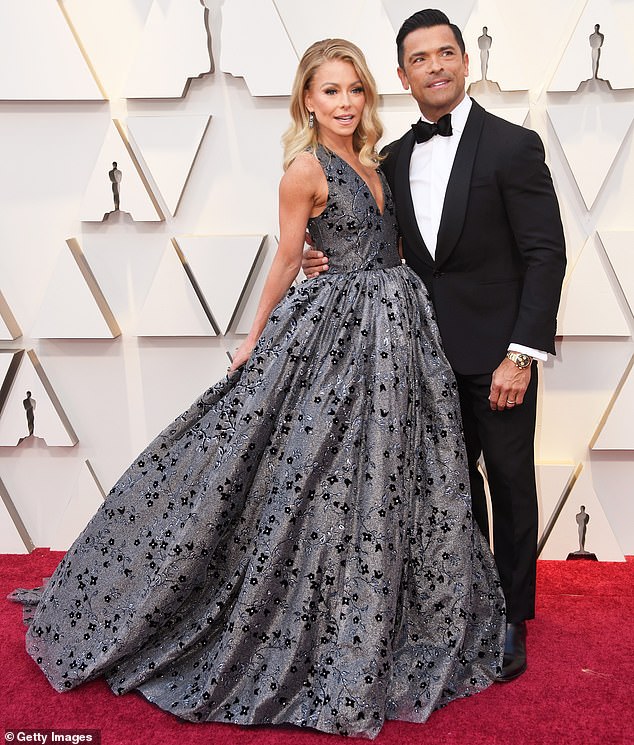 Hot head: The boys resumed wrestling and were very sportsmanlike from that point on, but after the opposing wrestler won Mark got so upset he had to leave for a few hours to calm down; pictured in February 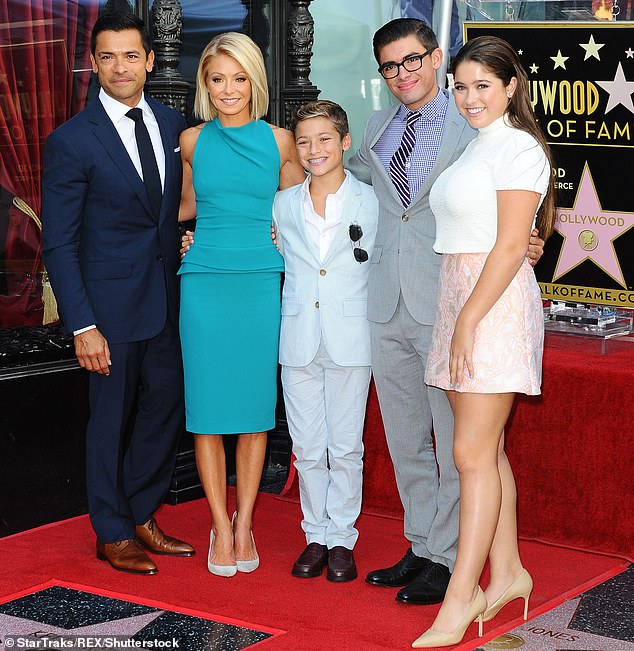 Staying calm: She’s not visible on the video, but Kelly was also reportedly in the stands, though she was able to keep her cool in spite of the aggressive match; pictured in 2015

She’s not visible on the video, but Kelly was also reportedly in the stands, though she was able to keep her cool in spite of the aggressive match.

Joaquin and the other wrestler were able to keep things professional and even continued the match and shook hands afterward.

But the other boy ultimately won the bout, which reportedly made the Riverdale star upset enough that he had to leave for multiple hours to calm himself down.

So far, Mark has yet to comment on the incident.

The actor is definitely a fan of physical fitness, based on a video his co-star KJ Apa shared earlier this year of his rock-hard abs. 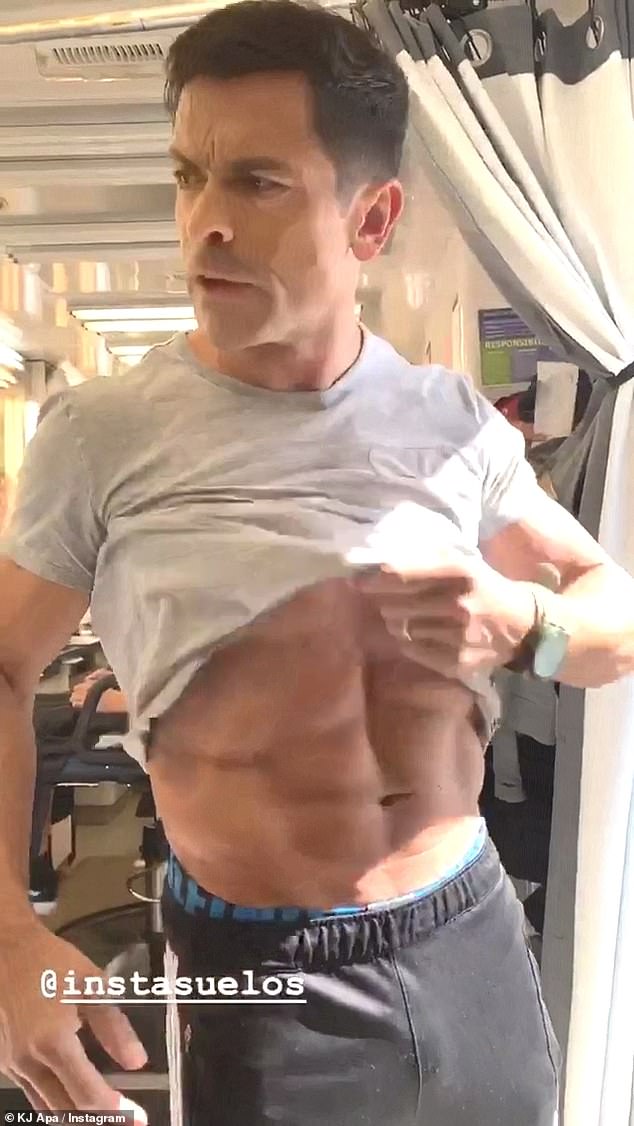 Pumped: The actor is definitely a fan of physical fitness, based on a video his co-star KJ Apa shared earlier this year of his rock-hard abs

The former soap opera star has been married to Kelly since 1996.

The two met the year before on the set of All My Children, which both starred on.

In addition to their youngest son, Joaquin, the couple also have a daughter, Lola, 18, and an older son, Michael, 22.

Earlier this week, Kelly gushed about her daughter’s singing voice in the comments of one of her Instagram posts.

Their son Michael ventured into the world of acting last year when he appeared as a younger version of Mark’s character Hiram Lodge in a flashback scene, though it’s not clear if the lookalike is planning to do more acting. 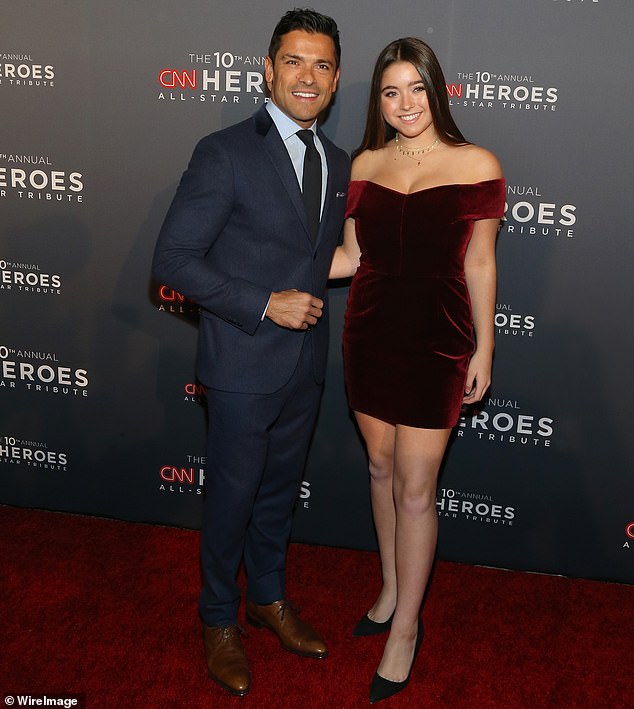 Singing star: Mark and Kelly also share 18-year-old Lola, who recently went off to college. Earlier this week her mother gushed about her singing voice on Instagram; pictured in 2016 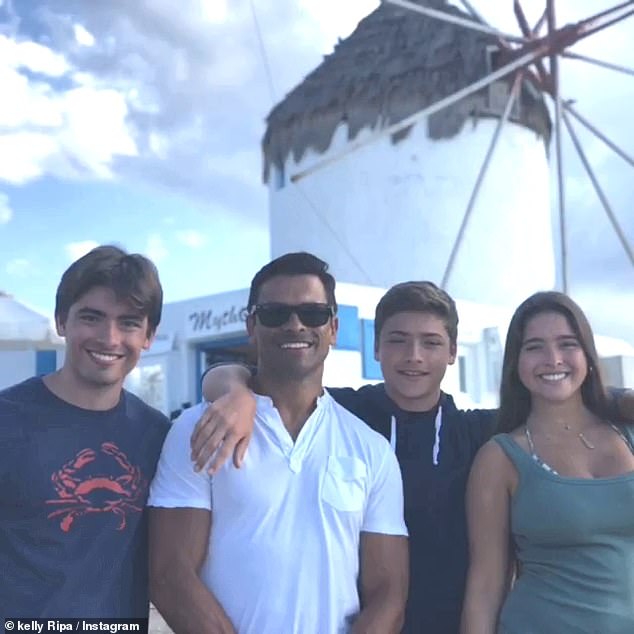