With the boom of streaming content showing no signs of slowing, it’s an interesting time to be making theatrically released movies.

And this group of accomplished filmmakers have much to say about that topic and more, as covered in The Hollywood Reporter’s recent Directors Roundtable.

Martin Scorsese, Todd Phillips, Fernando Meirelles, Greta Gerwig, Noah Baumbach and Lulu Wang sat down with the outlet to discuss the process of bringing each of their recent major releases to fruition, as well as the challenges and changes they’ve observed in the industry of late. 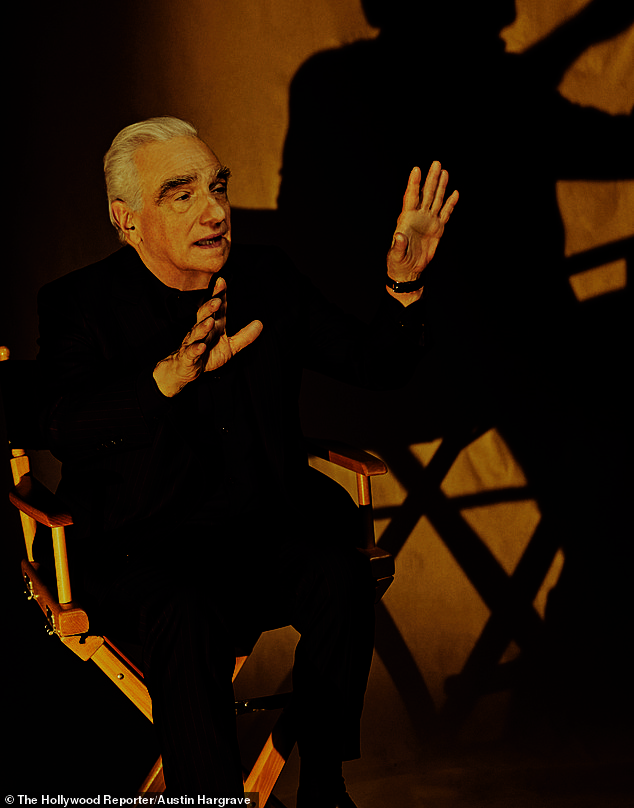 Master: Scorsese is the director of The Irishman, which can currently be streamed on Netflix

Of those six directors, a surprising three made their current movies for streaming giant Netflix: Scorsese, 77, is the director of The Irishman, which can currently be streamed on the platform.

Joining him are Meirelles, 64, whose Netflix movie The Two Popes stars Anthony Hopkins and Jonathan Pryce, and Baumbach, 50, the director behind Netflix’s Marriage Story, with Adam Driver and Scarlett Johansson.

Baumbach’s life partner, the 36-year-old director and actress Gerwig, is the helmer of Little Women, starring Saoirse Ronan, Emma Watson and Timothée Chalamet, and it will be released on Christmas Day in theaters.

Finally, there’s Hangover director Phillips, 48, who made the billion-dollar-grossing Joker starring Joaquin Phoenix, and Wang, 36, who directed the Awkwafina vehicle The Farewell. 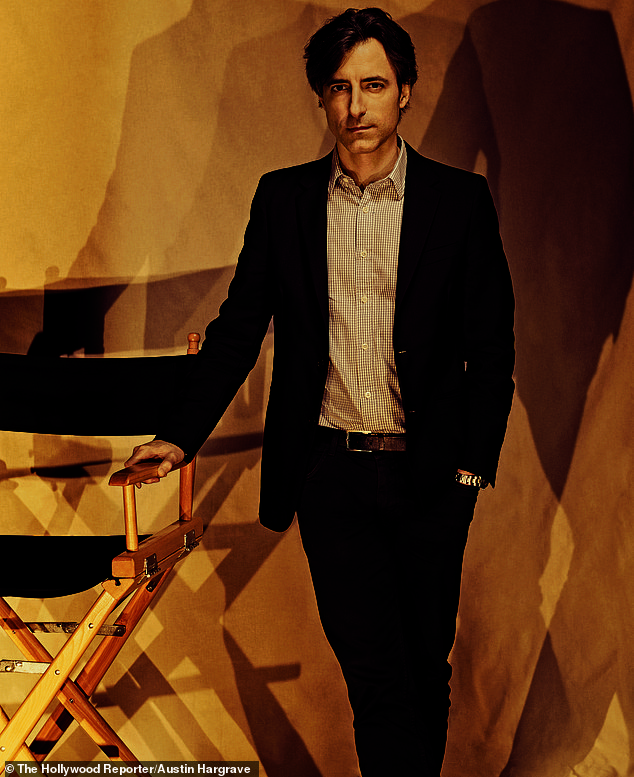 Filmmaking man: Baumbach is the director behind Netflix’s Marriage Story, with Adam Driver and Scarlett Johansson 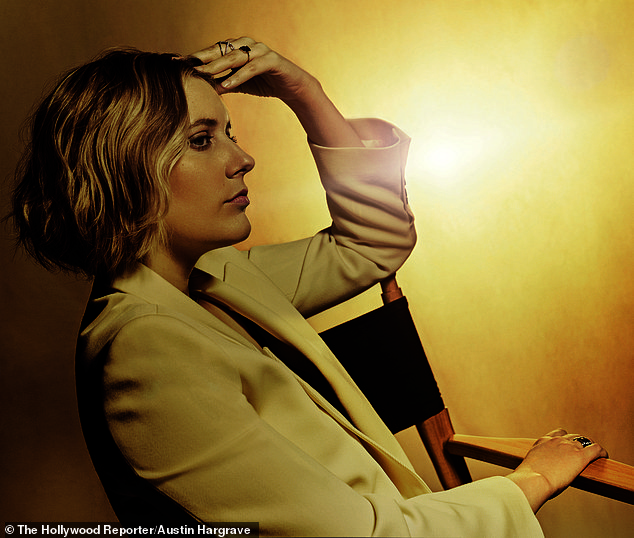 Lady bird: Baumbach’s life partner Gerwig is the helmer of Little Women, which will be released on Christmas Day in theaters

Of the group, Scorsese is obviously the most established and celebrated director, yet he did not hesitate to talk of the ‘desperation’ involved in getting The Irishman made, and how Netflix ultimately came to the film’s rescue.

‘The studios just weren’t interested in The Irishman. What they’d make back on something like that, they figured wasn’t enough, particularly because I had to do the CGI,’ the filmmaker said, referring to the de-aging technology he employed in the film for his actors. I ‘could not get the financing. Then I got a call from [manager-producer] Rick Yorn, who said, “Are you interested in Netflix?” And the main thing for me was creative freedom. The trade-off is that it’s a streamer. I said, “But it will be shown in theaters, right?”

‘We are in more than an evolution. We are in a revolution of communication and cinema or movies or whatever you want to call it,’ the Goodfellas director continued.

‘And because the audience for Netflix is much bigger than a theatrical audience, they can take risks,’ Mereilles added. 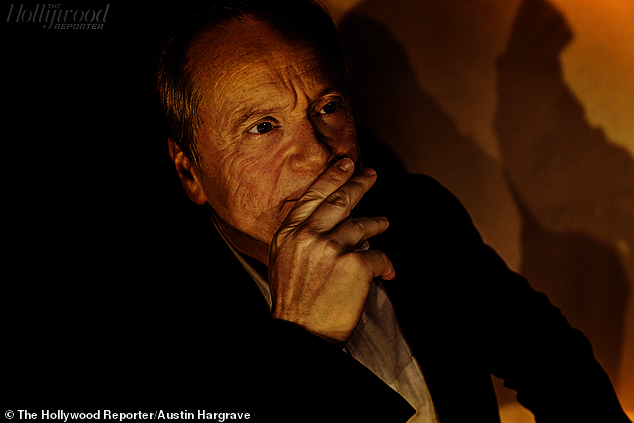 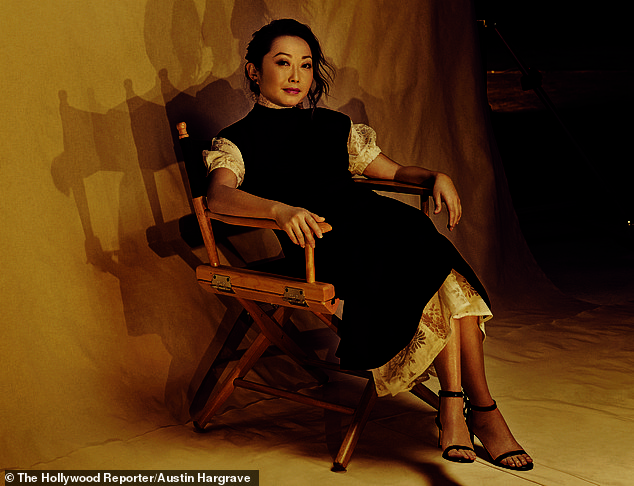 Another topic of conversation, of course, was Marty’s much-publicized comments on Marvel, when he said the studio’s tentpole blockbusters are ‘not cinema.’

‘I remember when Disneyland was built…and one of the aspirations of the studios was to become as important to American culture as Disneyland,’ Scorsese reminisced. ‘And the first studio to really do that was Universal [Studios] with the tour. And then you add the blockbuster on top of that — and why not? People go to the movie. Enjoy it. That sort of thing. So the sense of a theme park has always been there. It’s not bad. We used to love to go to amusement parks. But now in an amusement park, you have the film.’

‘I don’t think what you were saying was negative,’ Wang said. ‘You were making a distinction between cinema and the other thing, the bigger entertainment thing, which is really made by committee. And that’s one of the reasons I don’t want to do it right now.’ 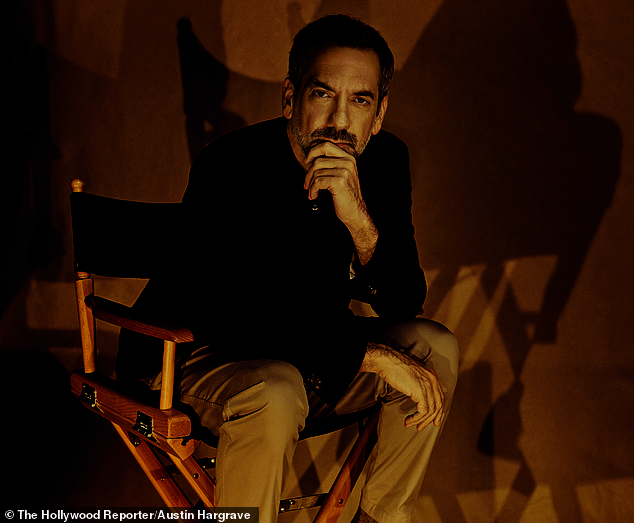 ‘Marty got a lot of heat for [what he said], but I understand it fully,’ Phillips added. ‘We were struggling to get Joker made, which sounds funny because it exists in the superhero world, but it’s really not one of those movies. We spent a year at Warner Bros., and I saw emails back and forth, literally, where they said, “Does he realize we sell Joker pajamas at Target?” I go, “Didn’t movies come first and pajamas come second? Are the pajamas dictating the movies?” … Theme park rides. Pajamas. Slurpee cups. Whatever it is that you are selling off the back of movies, you can’t make your decisions based on that.’

As for real-life couple Gerwig and Baumbach, they acknowledge the built-in asset of being able to each ask their significant other for advice on their respective projects.

‘It’s beyond advice. She’s in there from the very beginning,’ Noah said. ‘I have been talking about ideas for this movie [Marriage Story] for years before I sit down to write it. Greta has lines in all my movies that are actually hers. Things she said in life, but also things she wrote, where I say, “Can I use that?”‘ 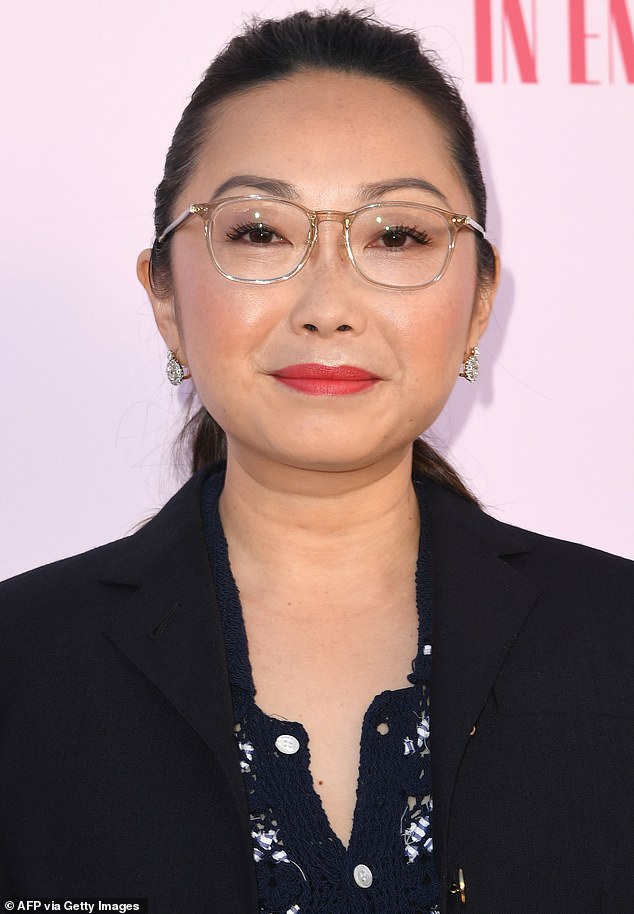 Woman in film: Wang at the Hollywood Reporter’s annual Women in Entertainment Breakfast Gala earlier this month in Hollywood 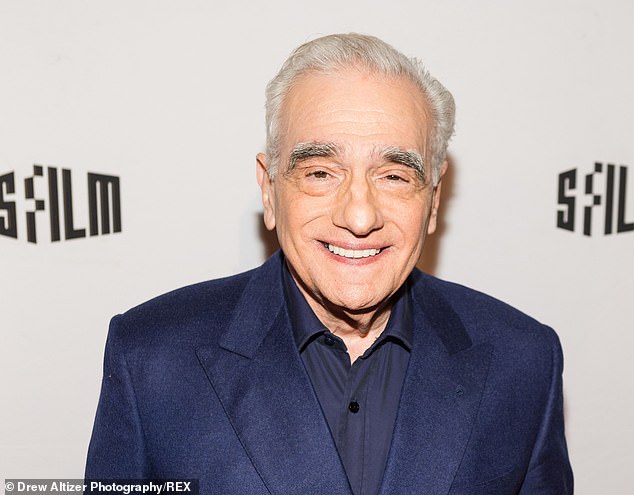 ‘The studios just weren’t interested in The Irishman,’ Scorsese said of finding financing for his new film; seen here in San Francisco in November

‘And similarly, there would be days where I would say, “Can you watch the dailies?”‘ Gerwig chimed in. ‘Because Noah grew up watching movies and talking about movies with his father all the time, and I didn’t spend a lot of time talking about movies.’

Gerwig, who also directed the acclaimed film Lady Bird, also opened up about what it was like to get advice from another filmmaker before making Little Women: none other than master filmmaker Steven Spielberg.

‘He opened up every piece of research he had done [for Lincoln]. How he’d decided to light things, given that it was all candlelight, how he decided to shoot interiors,’ she said. ‘And he opened the camera he shot Jurassic Park with and he had me smell celluloid, because he said, “You have to shoot on film. It smells different. You cannot shoot a story that takes place in 1861 digitally. I won’t let you do it!” And so I actually did end up shooting on film. And when [Sony Pictures chairman] Tom Rothman asked me why, I said, “Steven Spielberg had me smell a camera!”‘ 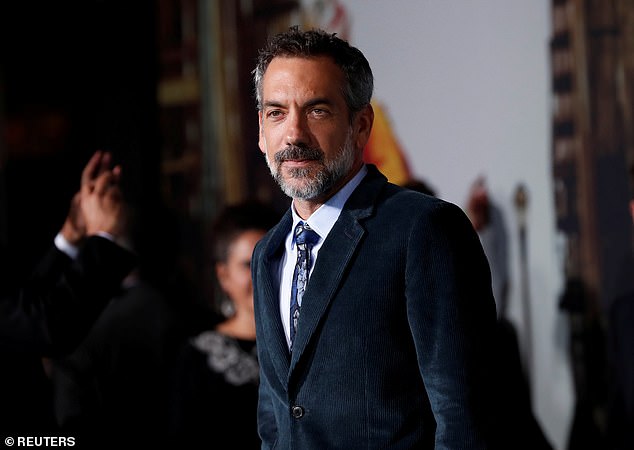 No joke: Producer and director Phillips talked about the pressure studios put on him regarding potential marketing tie-ins for his film; seen here attending the premiere for Joker in Los Angeles in September

Disney unveils the first sketches of its new BRIDAL line

Ken Clarke: Dominic Cummings must ‘vanish’ if he is to last as PM’s top adviser

Pensioner, 82, is arrested for on suspicion of murder

Disney unveils the first sketches of its new BRIDAL line

Ken Clarke: Dominic Cummings must ‘vanish’ if he is to last as PM’s top...

Pensioner, 82, is arrested for on suspicion of murder

Campus admin - February 18, 2020
0
© Newspaper WordPress Theme by TagDiv
We use cookies to ensure that we give you the best experience on our website. If you continue to use this site we will assume that you are happy with it.Ok