By James Pero For Dailymail.com

A new video-enabled mirror from automaker Aston Martin will look to put an end to blind spots once and for all.

The UK-based manufacturer is planning to unveil what the Full Display Mirror (FDM) next week at the Consumer Electronics Show in Las Vegas – a rearview mirror co-developed with Gentex, a manufacturer of car parts, that integrates three separate video feeds.

Cameras fixed to both of a car’s side-view mirrors coupled with one attached to a its roof allow drivers to get live-feed of what’s happening behind them as well as anything that’s lurking in their blind spot.

All three video feeds are combined and displayed together in multiple views on the mirror’s surface and can be adjusted by the user depending on their preference.

If a driver decides they want to turn their video feed off, they can revert back to a traditional mirror.

Aston Martin says the ability to switch between video-enabled streams and traditional mirrors gives its newest system an advantage over other more digitally-centered counterparts.

‘A key attribute of a hybrid CMS solution is that it enhances safety by ensuring the system is fail safem’ writes the company.

‘Should weather conditions or system failure disrupt the digital view, drivers can still use their traditional interior and exterior mirrors.’

Another major highlight of the FDM is its ability to optimize mirror position based on how a driver adjusts the device. 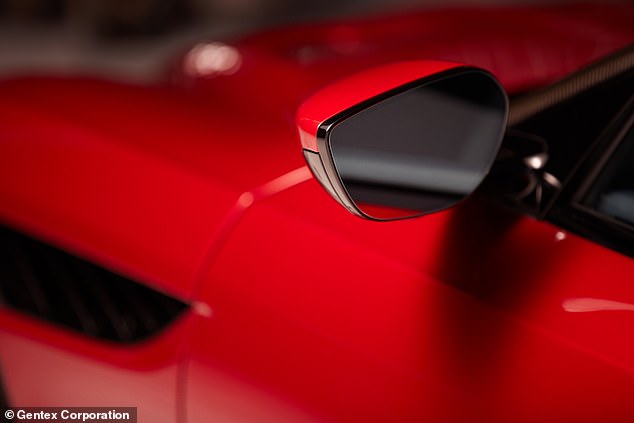 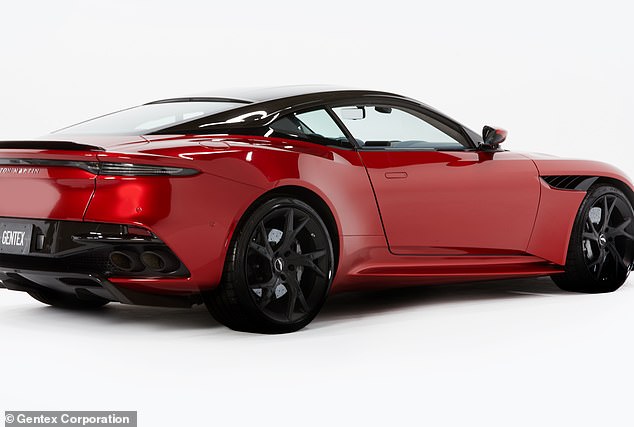 Aston Martin will show off its new mirror/camera system at CES in Las Vegas. A prototype will be fitted inside the automaker’s DBS Superleggera

‘The Gentex/Aston Martin CMS solution also includes a unique auto-adjust feature that dynamically alters the video feeds from the exterior-mirror-integrated cameras to adjust for mirror position,’ wrote the companies in a release.

‘When the driver adjusts the exterior mirrors, the system digitally optimizes the camera field-of-view to provide ideal sideward vision.’

It’s unclear when the device will actually find its way into purchasable cars, but Aston Martin said it will debut a prototype at CES inside its DBS Superleggera.

The company has already begun to integrate a single-camera version of the technology inside its 2020 DBS GT Zagato.