The Centers for Disease Control and Prevention (CDC) has removed highly unusual guidance from its website informing doctors on how to prescribe the anti-malaria drugs recommended by President Donald Trump to treat coronavirus.

The medications, chloroquine and its analog hydroxychlorquine, are also used to threat arthritis and the autoimmune disorder lupus.

Initially, the CDC webpage had read: ‘Although optimal dosing and duration of hydroxychloroquine for treatment of COVID-19 are unknown, some US clinicians have reported anecdotally.’

Now the website no longer includes that information. Instead, its first sentence says: ‘There are no drugs or other therapeutics approved by the US Food and Drug Administration to prevent or treat COVID-19.’ 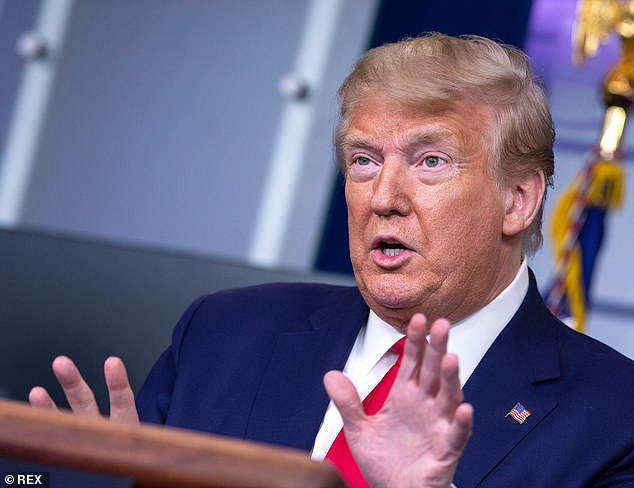 It was after President Donald Trump personally pressed federal regulatory and health officials to make the malaria drugs more widely available. Pictured: President Trump speaks about the coronavirus at the White House, April 6 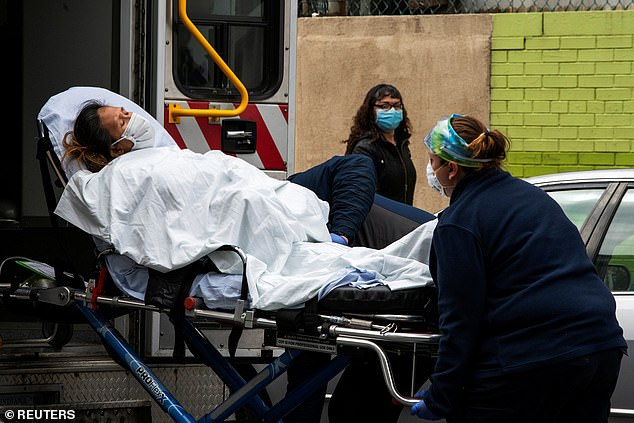 Now the CDC states ‘there are no drugs or other therapeutics’ approved by the FDA to prevent or treat the virus. Pictured: Healthcare workers load a person into an ambulance outside Elmhurst Hospital in Queens, New York, April 5

In a statement, the CDC told Reuters it had crafted the original guidance for doctors at the request of a coronavirus task force, which urged prompt action.

But the news outlet states it was actually after President Trump personally pressed federal regulatory and health officials to make the malaria drugs more widely available to treat the novel coronavirus.

At the time, the drugs in question had been untested for COVID-19, the disease caused by the virus. Medical specialists they were surprised by that language.

‘Why would CDC be publishing anecdotes?’ asked Dr Lynn Goldman, dean of the Milken Institute School of Public Health at George Washington University. ‘That doesn’t make sense. This is very unusual.’

Doctors and other health experts had further criticized the guidance as suggesting that doctors might prescribe the medications when it isn’t established whether or not they are effective or harmful.

The updated, and shortened, guidance adds that ‘Hydroxychloroquine and chloroquine are under investigation in clinical trials’ for use on coronavirus patients.

The CDC did not immediately respond to questions about the removal of the original guidance.

In a statement, it had originally told Reuters it had crafted the guidance for doctors at the request of a coronavirus task force, which urged prompt action.

President Trump was among the first to wax lyrical about the possible benefits of hydroxychloroquine for coronavirus patients last month. 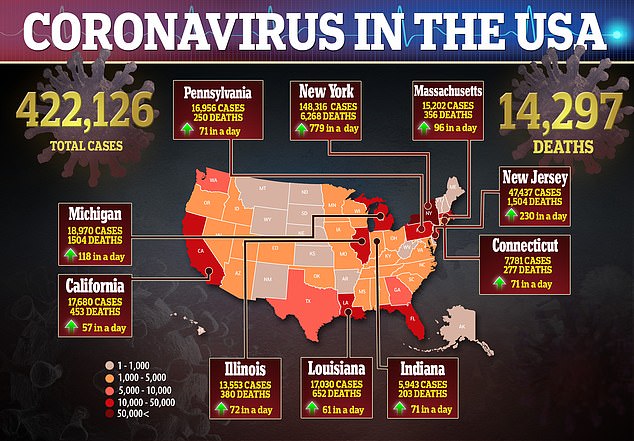 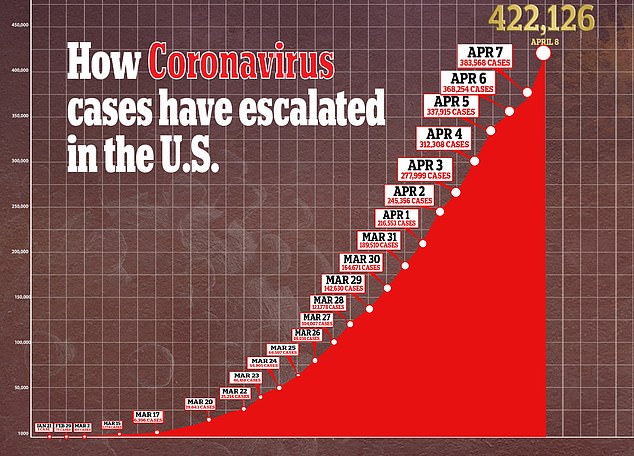 ‘HYDROXYCHLOROQUINE & AZITHROMYCIN, taken together, have a real chance to be one of the biggest game changers in the history of medicine. The FDA has moved mountains – Thank You! Hopefully they will BOTH (H works better with A, International Journal of Antimicrobial Agents),’ he wrote on March DATE.

The study Trump refers to comes from Marseille, France, in which 30 patients were treated with hydroxychloroquine for 10 days combined with azithromycin, an antibiotic.

Although very small, the study ‘showed a significant reduction of the viral carriage’ after the six days and ‘much lower average carrying duration’ compared to patients who received other treatments 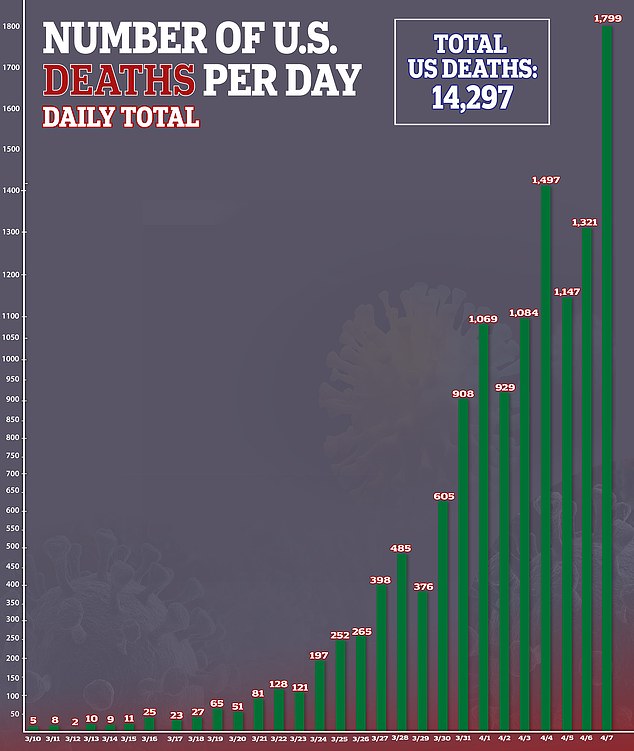 Some anecdotal evidence has also come out of China that hydroxychloroquine helps patients recover from the virus sooner.

But Dr Anthony Fauci, director of the NIH’s National Institute of Allergy and Infectious Diseases, is far more skeptical.

‘The data are really just, at best, suggestive,’ he said on CBS’s Face the Nation on Sunday.

‘There have been cases that show there may be an effect, and there are others to show there’s no effect. So I think, in terms of science, I don’t think we can definitively say it works.’

Rita Ora confirms she is taking part in the live streamed show One World: Together at Home

NRL referees cry foul after league says it will bring in one-ref system to...

Premier League clubs fear coronavirus outbreaks after being told they can...

Hilary Rhoda masks up in New York while heading out to...

David Beckham cuts a casual figure in t-shirt and jeans as...