Senator Robert Kennedy’s widow, Ethel, has reportedly been a fan of revolutionary Che Guevara for years despite her family’s struggle against communism during the 1960s.

The 92-year-old has a ‘subversive streak’ and even named her dog ‘Che’ after meeting with former Cuban dictator, Fidel Castro, during the height of the Cold War, her son revealed.

Her adoration of the guerrilla leader came to light when an image of Ethel was posted on social media, showing her on a sofa at her home in Palm Beach, Florida, with a photo of Guevara in the background.

Ethel’s late husband was former Attorney General Robert Kennedy and her brother-in-law, President John F. Kennedy, was in the White House during the Cuban Missile Crisis of 1962.

Ethel Kennedy with her son Robert Kennedy Jr. in a picture he posted to celebrate his mother’s 92nd birthday on Saturday. Robert Jr. also revealed she has a love of communist revolutionary Che Guevara 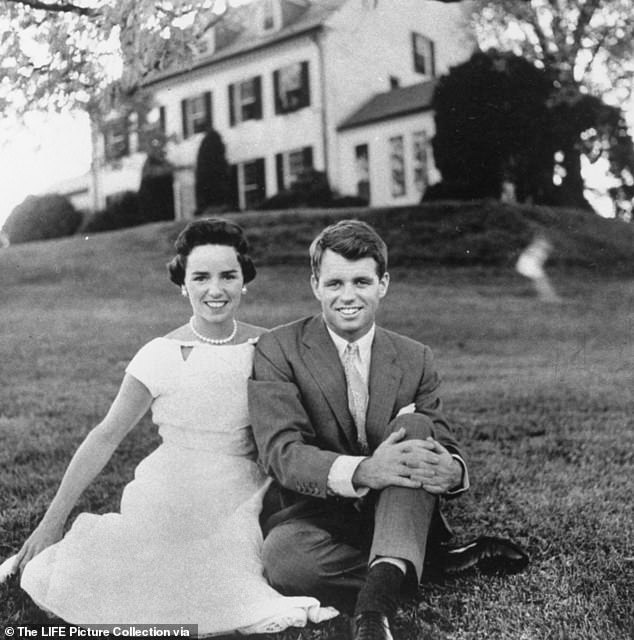 Robert F. Kennedy and wife Ethel sitting on the lawn at home during the 1960s. RFK served as a senator and the Attorney General when his brother and Lyndon B. Johnson were president

Despite the family leader America’s fight against communist regimes, Ethel Kennedy still displays a picture of the revolutionary hero on a mantle at her home.

The framed picture could be seen in a Twitter post by granddaughter, Mariah Kennedy Cuomo, who is the daughter of Kerry Kennedy and New York Governor, Andrew Cuomo.

The now deleted tweet, posted on April 11, had the hastage ‘#IStayHomeFor’, to encourage social distancing to protect vulnerable people and to celebrate the family matriarch’s 92nd birthday.

The caption added: ‘#IStayHomeFor’…my grandma Matilda and my grandma Ethel whose birthday it is today! Happy birthday!’

Ethel’s family said she makes no apology for the photo that takes pride of place on her table and said she has been a fan of Guevara for years. 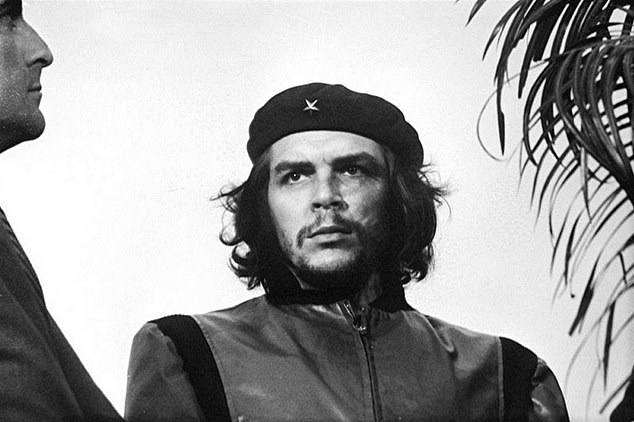 Infamous guerrilla leader, Che Guevara, who played a key role in the Cuban revolution of 1959 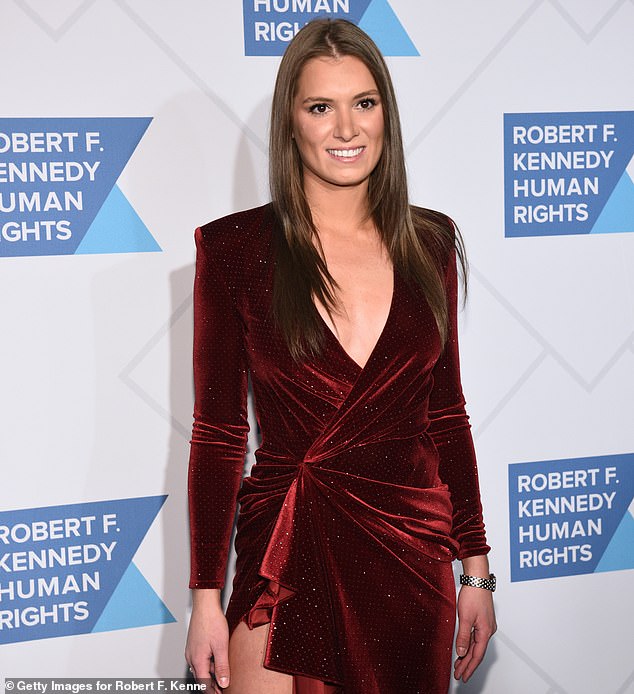 Mariah Kennedy Cuomo attends the Robert F. Kennedy Human Rights gala auction in New York last December. She posted a picture of her grandmother on social media, revealing a picture of Che Guevara in the background

Her son, Robert Kennedy Jr., told the New York Post that his mother has a ‘subversive streak’ and even named her dog ‘Che’ because she ‘loves’ the guerrilla fighter, who was born in Argentina and played a major role the Cuban revolution.

Guevara was one of Fidel Castro’s top lieutenants when the pair led a group of communists to over-throw US-backed dictator, Fulgencio Batista in 1959.

But Robert Jr. added that Ethel has been a fan of Fidel Castro for years and ‘had a very good relationship’ with the late dictator, who she met several times in Cuba.

He also claimed his mother once persuaded Castro to release political prisoners at the height of US-Cuba tensions.

According to the Boston Globe, Castro ‘dined next to Ethel Kennedy while Cubans and Americans and even a few Soviet military guys danced exuberantly’ in Havana’s Revolutionary Palace at an event in 2002, commemorating the 40th anniversary of the Cuban missile crisis. 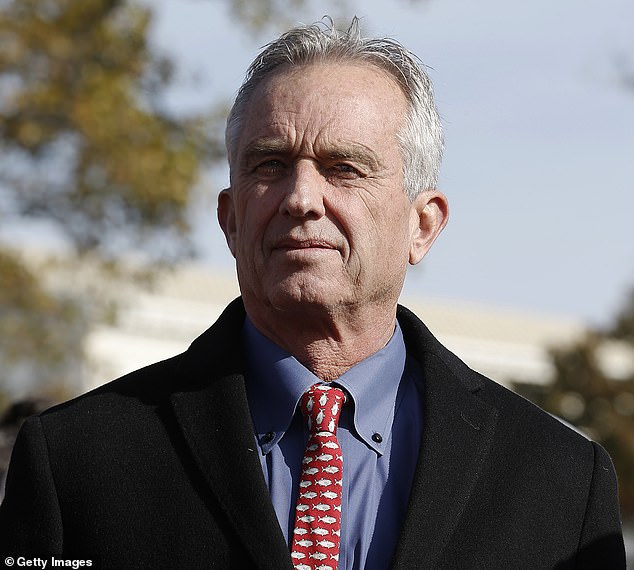 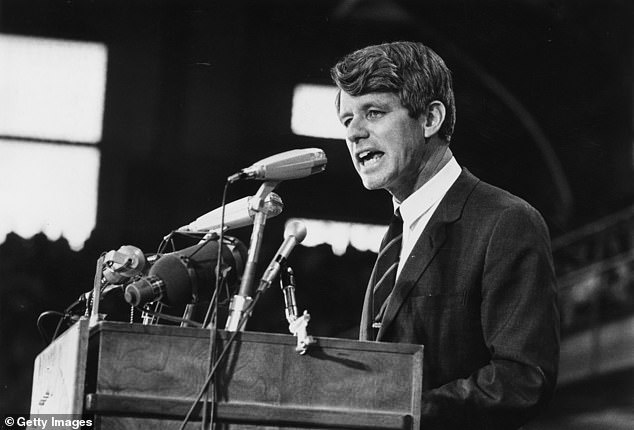 But John F. Kennedy sought to overthrow Cuba’s communist regime during the botched Bay of Pigs invasion in 1961 and his brother, Robert, also fostered anti-communist views.

During the Bay of Pigs a CIA-funded the brigade of Cuban exiles landed on the island in a failed bid to oust Castro.

During the Cuban Missile Crisis, the Soviet Union placed ballistic missiles on the Caribbean island as a stand-off between the two superpowers pushed the world to the brink of war.

As Attorney General, RFK was one of the president’s key advisers in US foreign policy towards to Cuba. He wrote an account of the crisis in his book, Thirteen Days.

Robert was assassinated at The Ambassador Hotel in Los Angeles on June 5, 1968, as he campaigned for president shortly after winning the California primary.

Teens break into a new $1.1million Arizona home to have a party, causing $10k worth of damage

Police unearth human remains thought to be those of missing nurse, 65, in woods

Pia Miller shows off a giant bouquet of roses from her Hollywood agent boyfriend...

Teens break into a new $1.1million Arizona home to have a...

Police unearth human remains thought to be those of missing nurse,...