The Duke of Edinburgh has thanked key workers who are helping to make sure that ‘the infrastructure of our life continues’ in the ongoing coronavirus pandemic.

In his message, the duke, who retired from public duties in 2017, also gave thanks to key workers including those involved in food production and distribution, refuge collection and postal and delivery services.

Philip, in his tribute published on the royal family’s social media channels, said: ‘As we approach World Immunisation Week, I wanted to recognise the vital and urgent work being done by so many to tackle the pandemic; by those in the medical and scientific professions, at universities and research institutions, all united in working to protect us from Covid-19.

‘On behalf of those of us who remain safe and at home, I also wanted to thank all key workers who ensure the infrastructure of our life continues; the staff and volunteers working in food production and distribution, those keeping postal and delivery services going, and those ensuring the rubbish continues to be collected.’

Philip’s statement comes after the Duke and Duchess of Sussex revealed they would have ‘zero engagement’ with four British newspaper groups.

The Duke of Edinburgh has thanked medics, scientists and researchers who are tackling the ongoing coronavirus pandemic 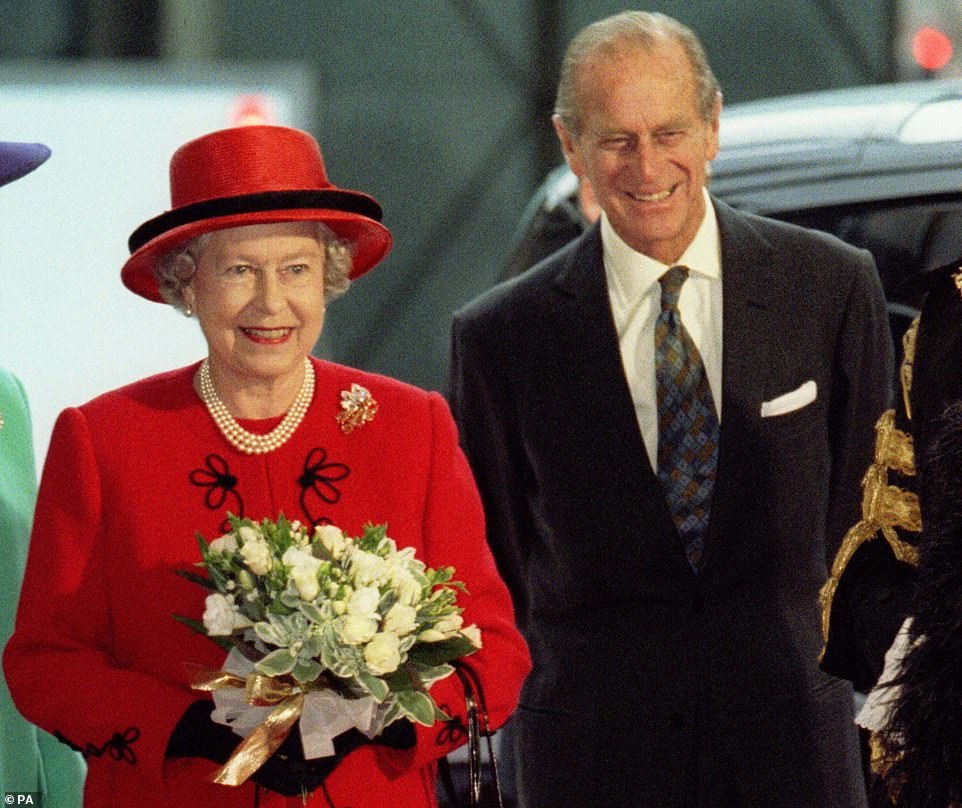 Philip, in his tribute published on the royal family’s social media channels, said: ‘As we approach World Immunisation Week, I wanted to recognise the vital and urgent work being done by so many to tackle the pandemic’

Los Angeles-based Prince Harry and Meghan Markle last night released a letter that will affect publications including the Daily Mail, the Daily Mirror, the Sun and the Daily Express.

The messages, sent from a Sussex Royal email, detail how their self-imposed ban on contact with a large portion of the British media is a refusal to ‘offer themselves up’.

Harry and Meghan say they accept the media has ‘every right’ to report on the high-profile ex-royals.

But they claim in the letters: ‘This policy is not about avoiding criticism. It’s not about shutting down public conversation or censoring accurate reporting.

‘Like you, The Duke and Duchess of Sussex believe that a free press is a cornerstone to any democracy – particularly in moments of crisis.

‘At its best, this free press shines light on dark places, telling stories that would otherwise go untold, standing up for what’s right, challenging power, and holding those who abuse the system to account.

The Duke and Duchess of Sussex have said they will no longer respond to enquiries from journalists at British tabloids. Pictured with son Archie Mountbatten-Windsor during a royal tour of South Africa, September 25, 2019

‘It has been said that journalism’s first obligation is to the truth. The Duke and Duchess of Sussex agree wholeheartedly.’

UK PUBLICATIONS THE BAN WILL COVER

The announcement came hours after Prince Harry was criticised for claiming the UK’s coronavirus crisis is not as bad as the public are being told.

In an interview with the Declassifed podcast, the 35-year-old said things here are ‘better than we are led to believe through ­certain corners of the media’.

His comments were branded ‘outrageous’ by expert Professor Karol Sikora, who asked: ‘What are his qualifications for making these comments — other than deserting his country in its hour of need?’

Harry, 35, and 38-year-old Meghan’s letter was sent to the editors of the news groups involved last night.

They wrote: ‘Please note that the Duke and Duchess of Sussex will not be engaging with your outlet. There will be no corroboration and zero engagement.’

Accepting the media has ‘every right’ to report on the high-profile ex-royals, they said: ‘This policy is not about avoiding criticism. It’s not about shutting down public conversation or censoring accurate reporting.

‘Media have every right to report on The Duke and Duchess of Sussex, good or bad. But it can’t be based on a lie.

‘They also want to be very clear: this is not in any way a blanket policy for all media.’

Vaccines: Some experts fear corners may be cut as two teams are pursuing very...

Ministers say healthy over 70s WILL be released from lockdown with...