Survivors of the Manchester Arena bombing say that the public enquiry into the terror attack will be ‘limited’ after a judge denied them legal representation because they are not ‘core participants’.

The survivors, who include a father who was left in a wheelchair and another who was blinded in one eye, say they are ‘living witnesses’ to the suicide bomb attack.

They wanted to be able to ask questions at the public inquiry which is due to examine the intelligence background and the emergency response on the day.

The survivors include doctors, retired police officers and members of the public who ‘plugged a gap’ in the emergency response as they waited hours for help to arrive, their lawyers say.

Survivors of the Manchester Arena bombing say that the public enquiry into the terror attack will be ‘limited’ (pictured, police at the scene of the attack) 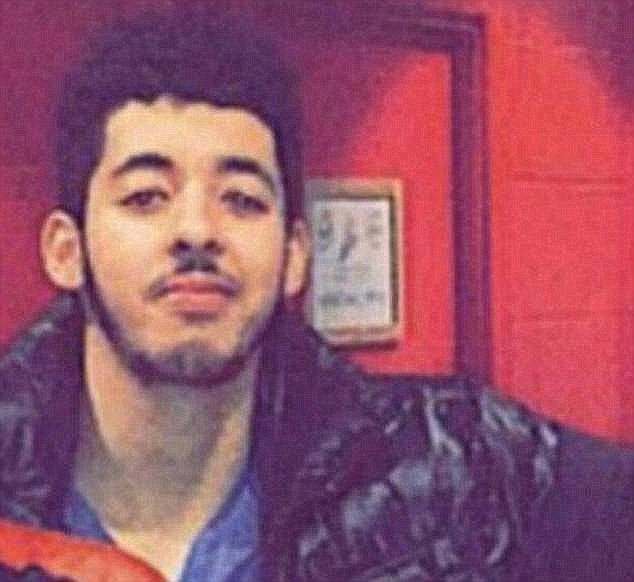 One young survivor was allegedly covered with a sheet and left for dead, and another spent three and a half hours waiting for emergency services to rescue her while bleeding from her injuries.

Some remained in hospital for months, many were discharged to round the clock care and others were ‘learning to cope in world they never previously conceived of,’ Brenda Campbell QC, told a hearing this month. 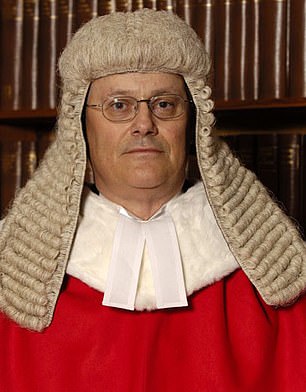 Sir John Saunders (pictured), the chairman of the public inquiry, has ruled they can participate as witnesses but cannot have legal representation

A group of 56 of the survivors was seeking to appear as ‘core participants’ in the inquiry, which has been delayed until September due to coronavirus.

Ms Campbell told the video-link hearing, that holding the inquiry without their participation would be an ‘afront to the confidence of the public.’

However, Sir John Saunders, the chairman of the public inquiry, has ruled they can participate as witnesses but cannot have legal representation.

In making his ruling, he issued a separate statement justifying his decision.

He accepted the attack has had a ‘terrible and lasting impact’ on the survivors and added: ‘The injuries, trauma and personal tragedy that the survivors have suffered cannot be overstated.’

The judge added: ‘I fully appreciate that this application is borne of the desire of the survivors to ensure that the reasons for the attack are fully understood, the adequacy of the emergency response is examined, and that lessons are learned.’

But he went on to say: ‘After a great deal of anxious thought, I have decided to refuse this application.’

The former High Court judge said the survivors would still have a ‘voice in this inquiry’ adding: ‘I have concluded that they will be able to contribute to the inquiry without core participant status and I strongly encourage them to do so.’

He promised the survivors would be able to raise any concerns with the legal team running the inquiry and help ‘identify lines of inquiry that they would wish to have pursued’.

Some of the bereaved families said the survivors should be excluded from core participation because they might ‘dilute the focus’.

The inquiry has been set up as an alternative to the planned inquest because MI5 says it has information on the bomber, Salman Abedi, which it cannot air in public.

Sir John said he wanted the focus of the inquiry to remain as it was with the inquest on the ‘terrible events that resulted in the 22 deaths at the arena.’

Following the ruling, Saoirse de Bont, a solicitor at Irwin Mitchell representing the survivors, said some of her clients had been ‘close to death’ and they believed the inquiry would now be ‘limited’ as a result of the ruling.

‘Many of our clients who were bombing victims and caught up in the devastation that night are still trying to come to terms with the life-changing physical and psychological injuries they suffered,’ she said. ‘Many of these survivor victims were close to death.’

Ms De Bont added: ‘While it is vital that the families who lost loved ones remain at the heart of the inquiry, our clients believed their first-hand accounts of the security measures that were in place on the night and the response to the attack, would be key to the most thorough inquiry being held.

‘The survivor victim families we represent are very disappointed with today’s decision. They will not have the same rights and access to the inquiry as other core participants such as the police and government.

‘They will not be able to play a core participant role in the inquiry and they believe that the investigation to learn lessons will be limited as a result.’

Is moon bathing howling mad? Not according to a new book on harnessing its energy

Inside Locky Gilbert’s night out with Aleks Markovic during filming

Margaret River massacre survivor says he is struggling to cope