What’s happened to all the rapeseed? Bright yellow flowers disappear from British fields after many crops failed while others suffered flea beetle plague

British growers are expected to harvest a very small crop of rapeseed this season after many hectares completely failed.

In addition to the bleak picture for this year’s harvest, a number of fields that did survive the downturn have flea beetle larvae infestations, Farmers Weekly reported.

A silver lining could be that it might help underpin values – despite a collapse in demand after Boris Johnson shut down large parts of the economy amid the coronavirus epidemic.

The availability of old-crop has tightened, and there will likely be a larger demand for limited supplies of new-crop as well – if the economy starts recovering after the harvest.

April 2020: Linlithgow Palace looks out over an empty field that in previous years had rapeseed crop 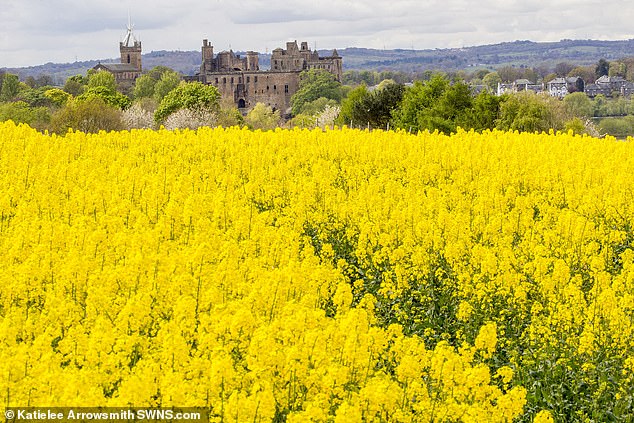 A reduction in the production of biodiesel has meant a sharp increase in the price of rapeseed meal – with average delivered price last week rising £4/t to £285/t.

Another rise in the value of distillers’ dried grains accompanied this increase – with ethanol production from maize falling in the US.

The delivered price in the UK for imported maize distillers’ grains last week stood at £255/t – down from £262/t the previous week, but still up from £128/t four weeks prior.

Analysts from the Agriculture and Horticulture Development Board suggested the recovery in the price of the pound played a part in holding the price of rapeseed from rising as sharply as they did in mainland Europe. 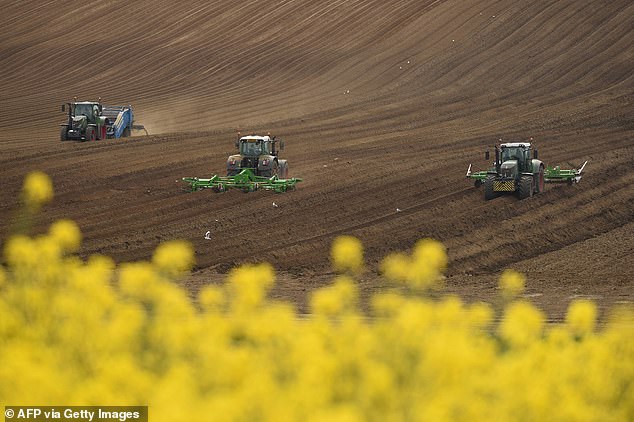 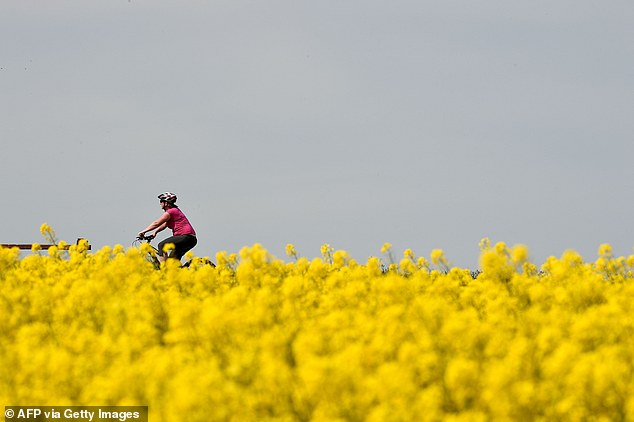 A cyclist passes a field of flowering rapeseed near Pontefract, northern England, on April 23

The area harvested last summer was down around 30% from the previous year after drought caused problems with sowing.

The EU´s ban on using neonicotinoid insecticides to protect bees was said to have made farmers hesitant about rapeseed cultivation.

In Britain, Chloe Lockhart, combinable crops adviser with the National Farmers Union, last year said that cabbage stem flea beetle was a ‘huge concern’, and last year they had ‘near perfect conditions for drilling and still crops are being destroyed’.

She added: ‘The risk is extreme, it just gets eaten in front of your eyes.’

I’m A Celebrity: Ant McPartlin and Declan Donnelly try to find their way to camp in new trailer

Lingerie-clad Bachelor intruder Kaitlyn Hoppe parties it up at the infamous...