Supply teacher, 27, who sexually assaulted six girls as young as seven during 21 days in new job after headteacher was not told of previous abuse claims is jailed for more than eight years

By Sebastian Murphy-bates For Mailonline

A supply teacher, 27, who sexually assaulted six girls as young as seven in just 21 days at his new job after the headteacher wasn’t told of claims he abused a girl of eight in his previous school has been jailed for eight-and-a-half years.

Jonathan Clayton from Carlton in County Durham was described as ‘weird’ and ‘creepy’ by his victims at the primary school.

The 28-year-old faced 13 charges against the young girls at the school after working there as a supply teacher last year.

Teesside Crown Court heard how his behaviour had left his victims traumatised and fearful of teachers as a result of his campaign of sexual abuse.

Judge Howard Crowson sentenced Clayton after listening to the victim impact statements of three of his victims being read out in court.

The judge said: ‘You only taught at the school for 21 school days and during that short time you sexually assaulted six little girls, some of them more than once.

‘During the trial you represented yourself as man of good character. You were employed at the school upon that basis, but whist it is correct that you have not previously been convicted of any offence I cannot view you as a man with a true good character. 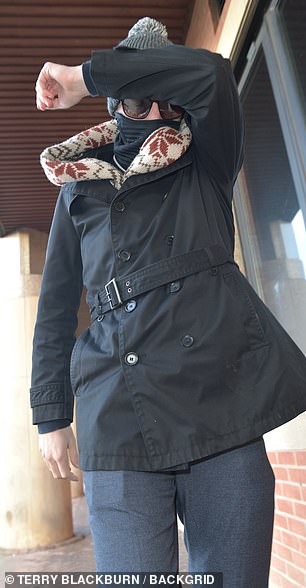 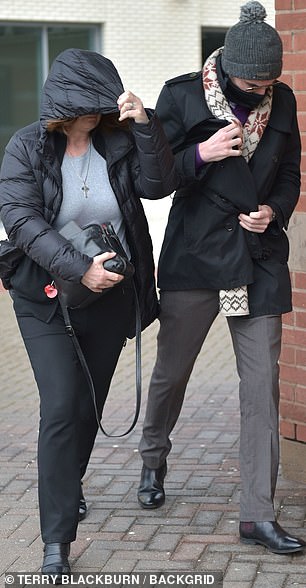 ‘During this trial a child from your first school in County Durham spoke of assaults that she suffered at your hands in 2017 and a teaching assistant working there at the same time witnessed your inappropriate and sexualised behaviour towards children in your care.

‘In combination those witnesses observations were so similar to your behaviour that I am sure that your behaviour in this case was a continuation of the inappropriate and sexualised behaviour which was first witnessed in County Durham.

‘I heard evidence from parents who sent their children to school expecting them to be educated and nurtured in a safe and caring environment.

‘Some of them spoke of feeling guilty and feeling that they had failed to protect their children from you. So too I heard from teachers and head teachers who were fooled by your charismatic and confident classroom manner.

‘They feel let down and some live with the fear that they failed to spot your deviant behaviour and wonder whether they may have prevented you from abusing these children.’

During his trial, jurors heard how he had also been accused of molesting a pupil under 11 at a school in County Durham in 2017, but the case against him was dropped.

The court was told he carried out the assaults in 2019 on six girls aged between seven and 11.

The offences involved children from a school away from the Stockton and Durham areas that can’t be identified for risk of identifying the victims.

Clayton, of Carlton, near Stockton, was also issued with an indefinite sexual harm prevention order as a result of his conviction.

TALK OF THE TOWN: Emma Corrin says its her dog Spencer who commands all the attention

SARAH VINE: A masterclass in indoctrination… on the licence fee

TALK OF THE TOWN: Cressida Bonas fears she will never reach her full potential

TALK OF THE TOWN: Emma Corrin says its her dog Spencer...

SARAH VINE: A masterclass in indoctrination… on the licence fee

Anita Rani reveals she was overwhelmed with messages of support after...

William Tyrrell’s foster mother may have created a ‘false memory’