By Rachel Mcgrath For Dailymail.com

It’s been 25 years since she burst onto the music scene with her album Jagged Little Pill.

And now a music industry veteran, Alanis Morissette is still taking no prisoners.

The Canadian singer and songwriter, 45, told the UK’s Sunday Times that the #MeToo movement has barely brushed the recording community where sexual abuse is ‘ubiquitous’.

‘Ubiquitous’: Alanis Morissette, pictured in 1999, claimed in an interview with the UK’s Sunday Times that ‘Almost every woman in the music industry has been assaulted, harassed, raped’

‘Almost every woman in the music industry has been assaulted, harassed, raped. It’s ubiquitous — more in music, even, than film,’ Morissette said in a recent interview with the newspaper.

‘What, sex, drugs and rock’n’roll? By definition it’s crass, sweaty and aggressive.’

The Grammy winner famously gave voice to female rage with songs You Oughta Know and Right Through You on 1995’s Jagged Little Pill.

A quarter of a century later, she insists that women who express anger continue to get ‘a bad rap’.

She said women still feel unable to raise their voice, protect their kids or be a feminist without provoking some kind of backlash.

‘They face the threat of losing their job, reputation, or not being believed. At best it’s swept under the rug, at worst you are admonished or fired,’ Morissette explained. 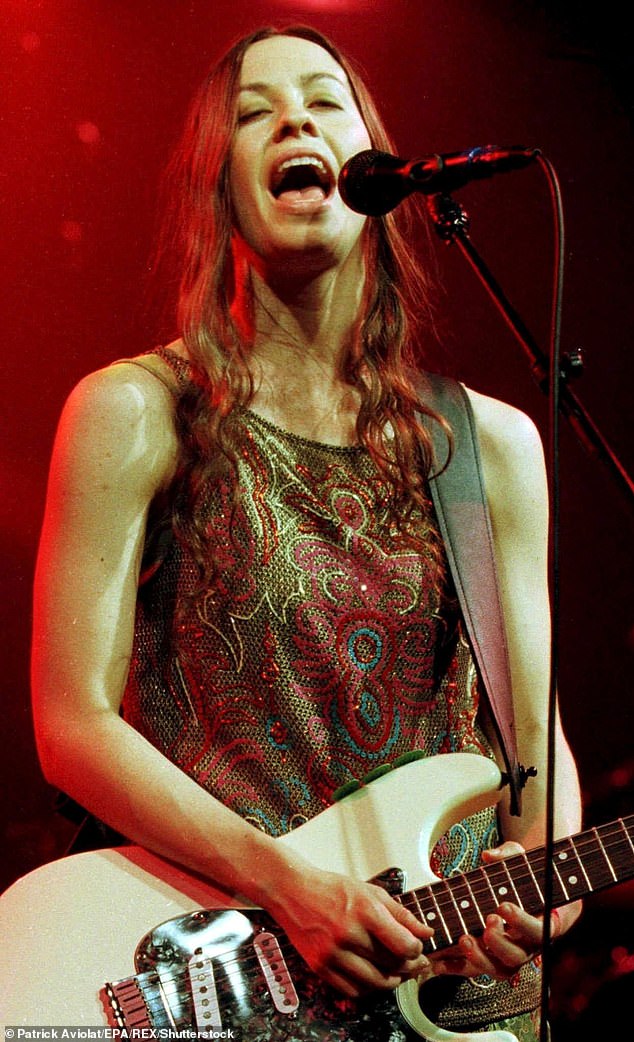 25th anniversary: The Grammy-winning singer and songwriter famously gave voice to female rage with songs You Oughta Know and Right Through You on 1995’s Jagged Little Pill

The movie industry has experienced a cathartic coming forward of women alleging harassment and abuse.

She says ‘it’s only a matter of time’ before the same thing takes place in the music industry.

‘What, sex, drugs and rock’n’roll? By definition it’s crass, sweaty and aggressive,’ she said.

Morissette, who shares three children with rapper husband Mario ‘Souleye’ Treadway, has postponed the release of her first album in eight years due to the coronavirus pandemic.

Such Pretty Forks in the Road was due to drop on May 1 and she has already released two singles from it, Reasons I Drink and Smiling. 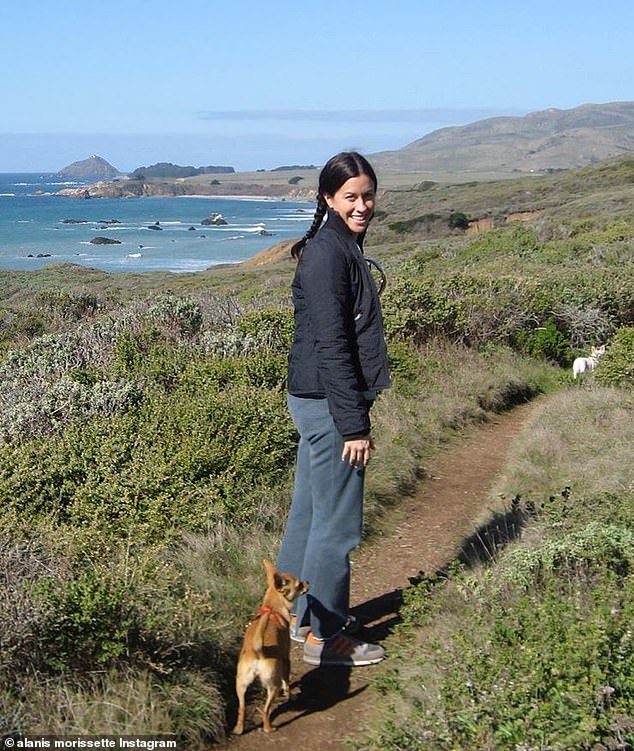 New music coming: Morissette, pictured in a recent Instagram post, has postponed the May 1 release of her new album Such Pretty Forks due to the coronavirus pandemic

Starbucks secret menu the drinks you didn’t know you can ask...