A Silicon Valley entrepreneur with no background in medical equipment or government contracting was given $69 million to make ventilators after tweeting Donald Trump – but has failed to deliver even one.

Yaron Oren-Pines, an electrical engineer who specializes in mobile phone technology, answered the president’s call to arms back in March for companies to start making ventilators and just days later was sent a staggering payment of $47,656 each for 1,450 ventilators by New York state.

One month later and the epicenter of the pandemic is yet to receive a single piece of the life-saving medical equipment from Oren-Pines and is desperately trying to claw back the money.

New York state officials said they handed over the funds to Oren-Pines based on the direct recommendation of the White House coronavirus task force.

‘The guy was recommended to us by the White House coronavirus task force because they were doing business with him as well,’ the official told Buzzfeed News.

Oren-Pines, founder of networking solutions company Legasus Networks, then replied to Trump’s Tweet saying: ‘We can supply ICU Ventilators, invasive and noninvasive. Have someone call me URGENT.’

Three days later on March 30, the businessman – who has no medical equipment background – was paid $69.1 million by New York state for a contract to supply 1,450 ventilators.

This marked the largest single payment made by the New York Department of Health amid the pandemic as it worked to get medical equipment to hospitals and emergency workers on the frontline as quickly as possible.

It comes in at a shocking $47,656 per ventilator – more than triple the standard retail price for the lifesaving equipment – but, at the time, New York was desperate.

The state was fast becoming the hotspot for the US’s outbreak and Governor Andrew Cuomo was pleading with the federal government to send more ventilators to the state.

But, a month later, the state has not received a single ventilator from the engineer and has terminated its contract. 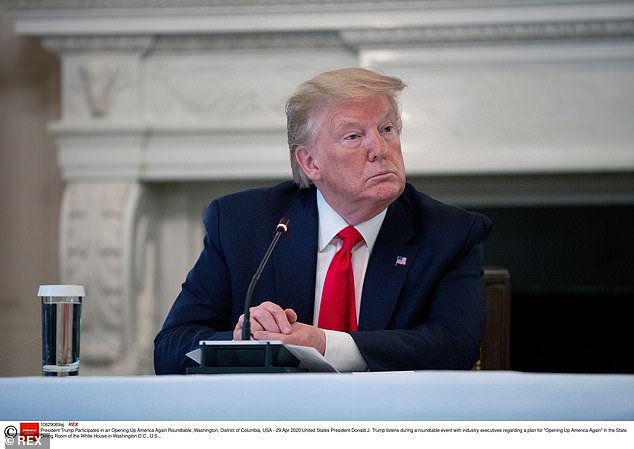 Yaron Oren-Pines replied to Trump’s Tweet urging companies to make ventilators saying he could supply them. Three days later he was given the staggering sum by New York to help the state’s response to the pandemic

New York – which is one of many states calling for federal bailout funds – is now fighting to recover the millions spent on the apparent bogus contract.

State officials have not confirmed how much has been recovered so far but Heather Groll, a spokesperson for the New York Office of General Services, told Buzzfeed it was ‘in discussions on a few remaining issues.’

The White House, the office of the vice president and FEMA all declined to comment on reports it advised New York to work with Oren-Pines, Buzzfeed reported.

Oren-Pines, a vocal Trump supporter, has also refused to comment on the saga.

It is unclear where – if anywhere – the techie was planning to source the ventilators from. 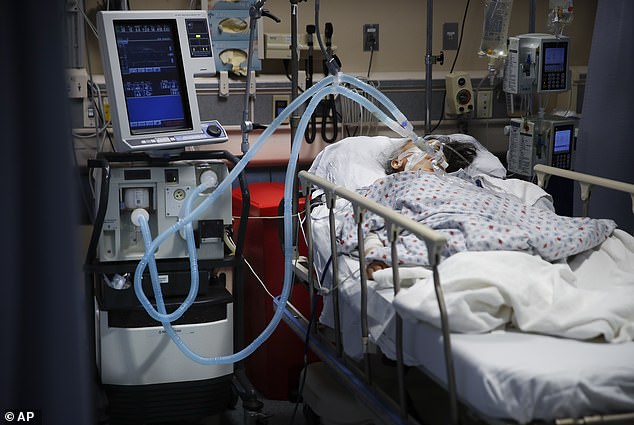 But Israeli entrepreneur Segev Binyamin, who has just three Twitter followers including Oren-Pines, sent a Tweet just an hour after Oren-Pines’ Tweet to Trump saying he had the capacity to make 1,400 ventilators – just shy of the 1,450 Oren-Pines promised to New York.

‘I own a Chinese company and have the ability to ship 1,400 machines,’ the Tweet said.

A former colleague of Oren-Pines described him as ‘go-getter’ who had supplier contracts in Asia.

‘He’s always a go-getter. Anytime there’s opportunity, he’s always been out there trying to help and make a buck,’ Mike Ritter, who worked with Oren-Pines at Google, told Buzzfeed.

The dubious contract is just one in a string of cases where companies and individuals seem to have over-promised and under-delivered in sending critical supplies needed to fight the pandemic to hospitals across New York.

Dome International, a Brooklyn company, was given almost $116 million for 5,700 ventilators in March – which have also never materialized. 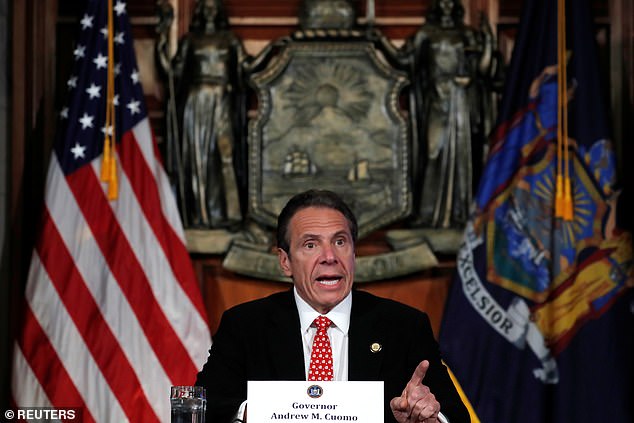 New York Gov Cuomo relaxed the state’s procurement process last month in desperate efforts to ramp up supplies of critical medical equipment. But fears are growing that this has left the state vulnerable to firms trying to profit from the crisis

Health consultancy Trinity Partners was also paid $56 million for 750 ventilators – costing a staggering $74,666 each in a contract that has since been canceled.

In total New York state spent a total of $735 million between March 19 and April 27 for medical supplies, with much of the funds going to companies with no medical background including hair removal firm Sisloy and fashion brand Snider. 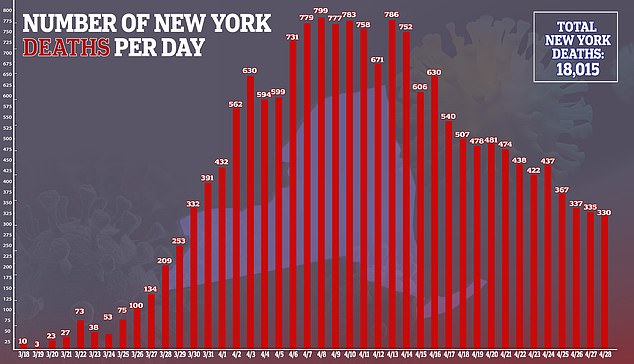 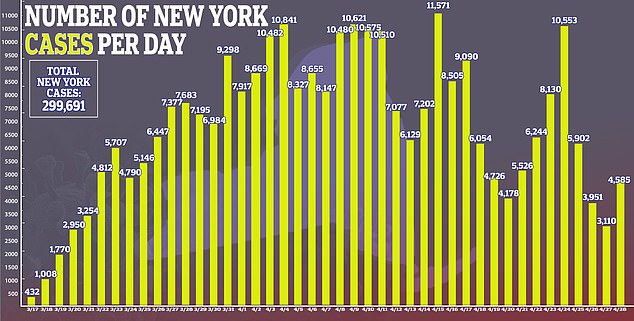 Under the new rules, New York no longer needs to wait for an order to be fulfilled to pay contractors for critical goods including ventilators, N95 masks, gowns, and other personal protective equipment.

But fears are mounting that this could have left the state vulnerable to scammers, buying untested and unregulated goods from unqualified vendors, and forced to throw shocking amounts of money at firms looking to make a quick buck out of the crisis.

Rich Azzopardi, a senior adviser to Cuomo, told Buzzfeed the state shelled out the  high costs because it was desperate to save the lives of New Yorkers.

‘We had no choice but to overturn every rock to find ventilators and other needed equipment,’ he said.

‘States were forced to fend for themselves to purchase lifesaving supplies to combat a global pandemic and with all modeling showing a more severe spread of this virus with more hospitalizations and more fatalities.’

Half of people wouldn’t spot small frauds on bank statements

The murders most foul: Almost 50 years later, is the bunny...