By Kumail Jaffer For The Daily Mail

Education leaders have demanded that all teachers receive sufficient PPE once schools reopen.

The Association of School and College Leaders (ASCL) have said that adequate supply for staff is a ‘prerequisite’, despite official guidelines stating that staff do not need PPE.

Three-quarters of 17,000 teachers surveyed by the Times Education Supplement magazine believe social distancing in schools will be impossible, while a similar proportion wanted access to PPE before schools reopen.

There has been mixed evidence on whether children can transmit the virus, with Public Health England expert Dr Ebere Okereke suggesting they are not ‘vehicles of transmission’ on Thursday.

However, NHS England medical director Professor Stephen Powis said there was ‘no reason’ to think asymptomatic children would not be able to spread coronavirus.

The ‘big question’, he said, was how many asymptomatic children there were and how transmissible the disease is between them.

Officials are considering reopening schools before the summer holidays to allow for a natural recess if infections start to rise again, according to The Daily Telegraph.

They will be given three weeks notice in order to prepare, indicating that schools are likely to reopen at the beginning of June.

It means headteachers will work out which year groups will return first and calculate the logistics of avoiding congestion at lunchtime and during lessons. 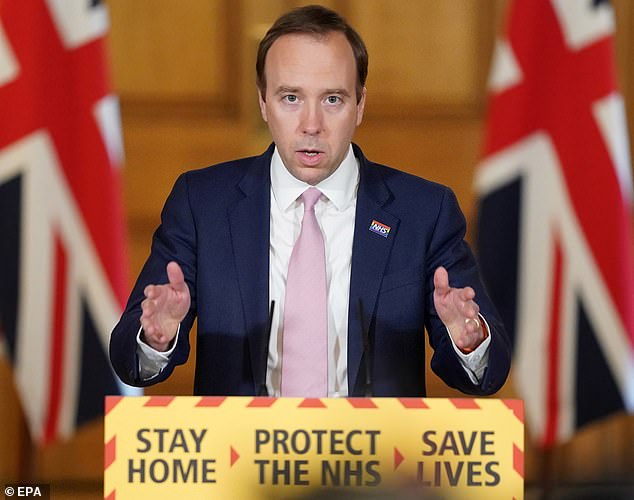 Future GCSE and A-level students in Year 10 and 12 are likely to be prioritised, as are those without access to computers and pupils with special needs.

National Education Union general secretary Kevin Courtney said there was a ‘real danger’ of the announcement being made without having the confidence of teachers and parents, however.

He also warned against following other European countries with much smaller class sizes.

Yesterday Health Secretary Matt Hancock refused to rule out making it compulsory for children to go to school when the lockdown is lifted.

He said: ‘Our goal is to get back to the norm and the position as it was before.’ 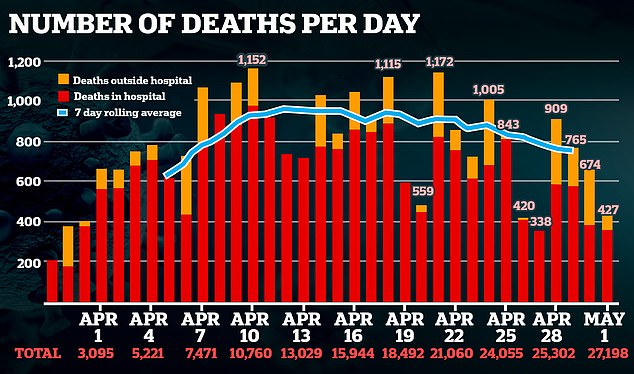 Conway: Trump can’t ‘run around to every local community’ to enforce wearing masks

PM frees millions of couples to visit their partners and allows lone grandparents to...

Queensland expecting 8,000 to FLOOD into the state ahead of border closures’

NHS Trust is slammed for Tweet celebrating gift of 1,500 Krispy...