As if lockdown couldn’t get any worse! Social media users share their quarantine mishaps – from shrinking a favourite jumper to being photobombed by a cat on live TV

By Claire Toureille For Mailonline

People around the world are making the most of their time in quarantine but it’s certainly not been smooth-sailing for everyone.

While some have been getting fit and boasting about their baking skills, others have been faced with misbehaving cats, faulty clippers and dodgy DIY disasters.

In a gallery collated to BoredPanda, one woman attempted to cut a cat flap into her front door – only to realise it was the wrong way around.

Meanwhile a man was left in an awkward position after his cat decided to engage in an ‘intimate’ grooming session while he was live on TV.

And another was left with a less than desirable hairstyle after his clippers gave up halfway through his haircut.

Ben Rosen, from Los Angeles, explained his clippers died halfway through his haircut (pictured) leaving him with a less than desirable haircut in this hilarious roundup 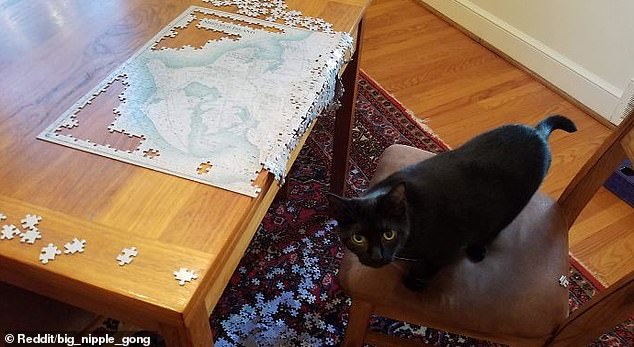 Sneaky! This cat, from an unknown location, decided to ruin all it’s owners hard work on their lock-down puzzle my standing on it while they were away from the table 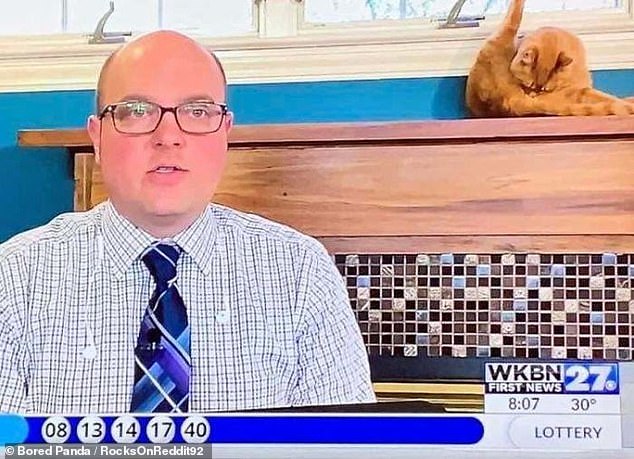 On the local news channel WKBN in Ohio, a TV presenter working from home had some cold sweats when his cat started to groom his private parts during the lottery 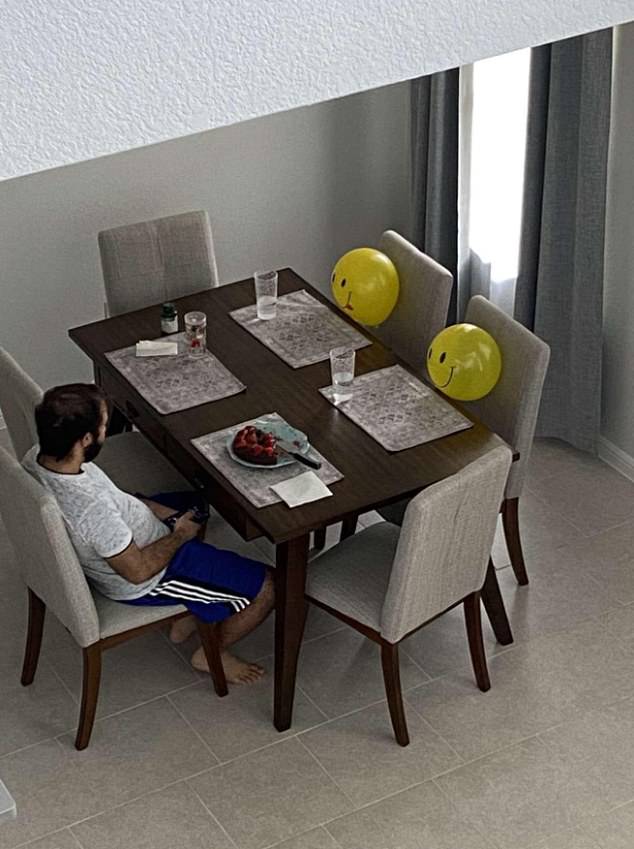 Event of the season! This user, from the US, decided to make do with what he had when he couldn’t invite any guests to his birthday party 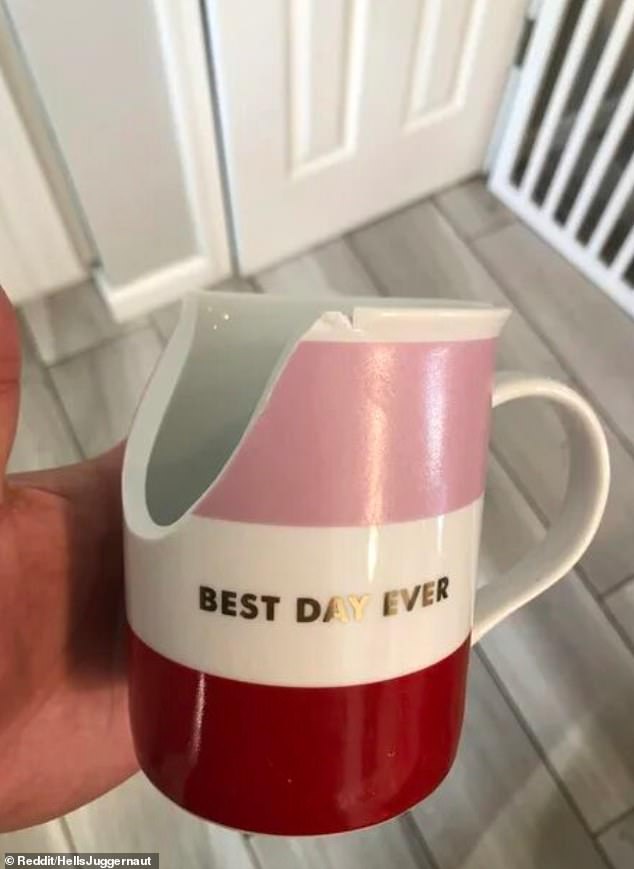 That’s ironic! This user, from the UK, shared a picture of their mug telling them to have a great day moment’s after smashing it 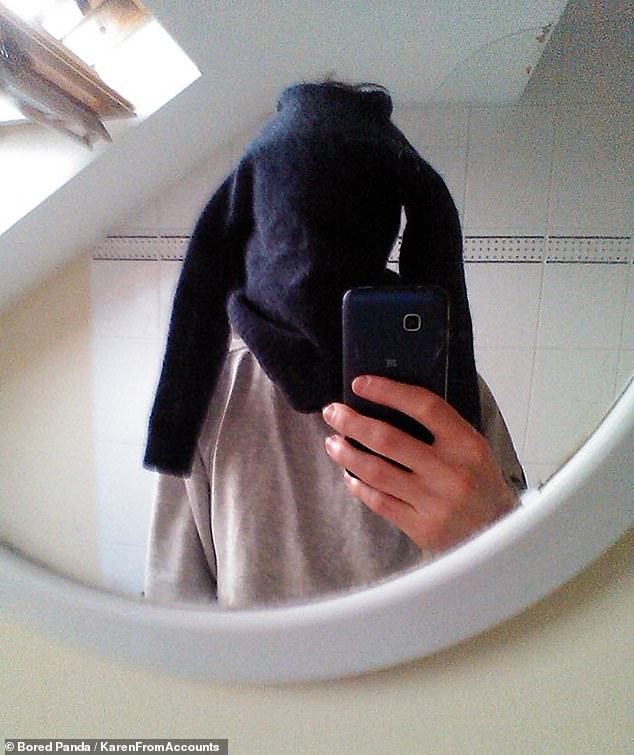 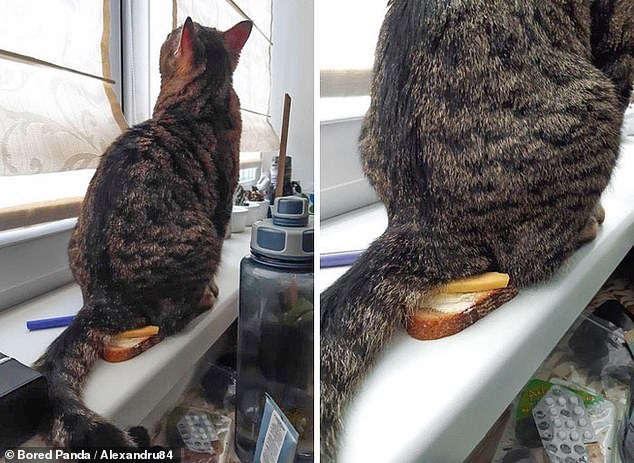 A Romanian woman took a picture of her cat gazing wistfully out of the window, but it was her turn to be disheartened when she realised her cat had sat on her breakfast (pictured) 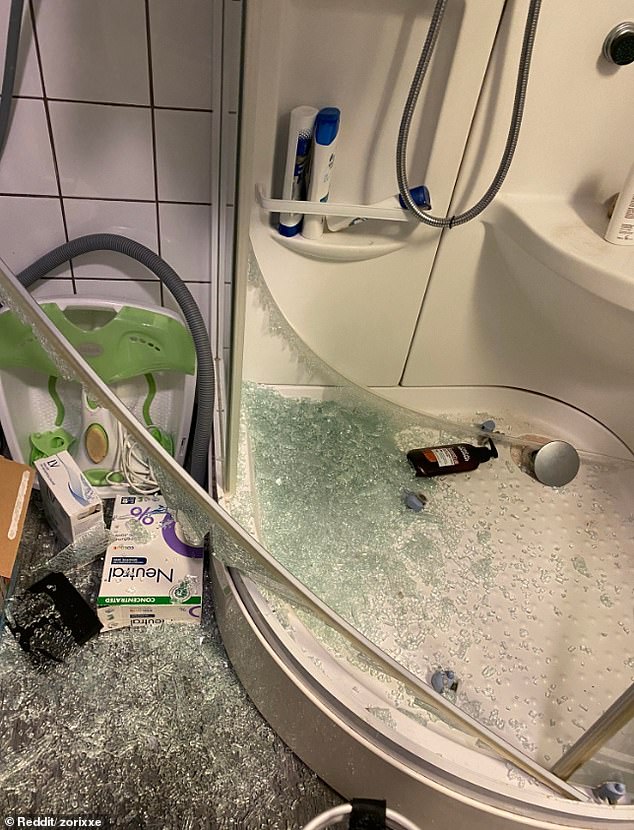 Smashing! This user, from an unknown location, was left scratching his head as to how to get his shower repaired after it smashed on one of the first day’s of lock-down 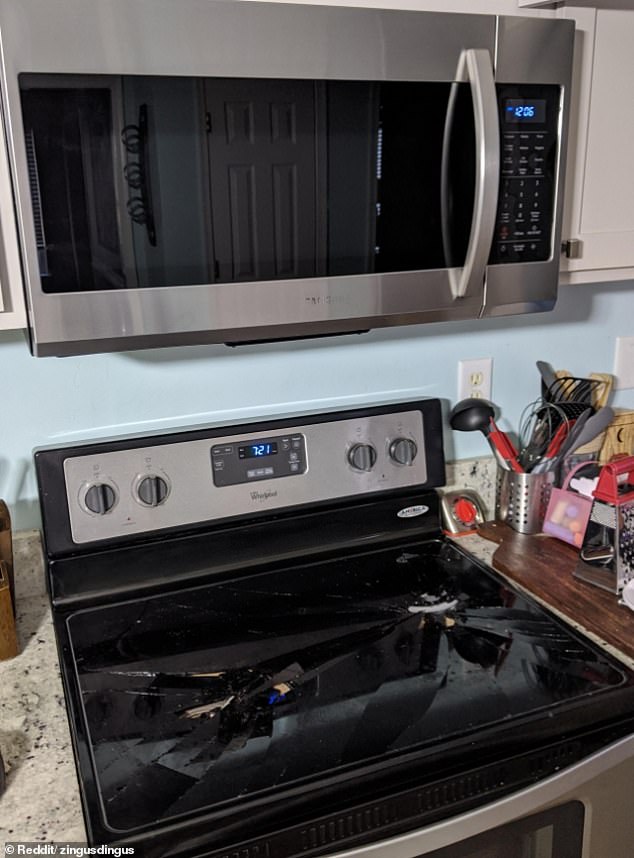 Leave it to the professionals! This user, from the US, revealed that installing his own microwave didn’t go to plan and left him with a smashed up stove 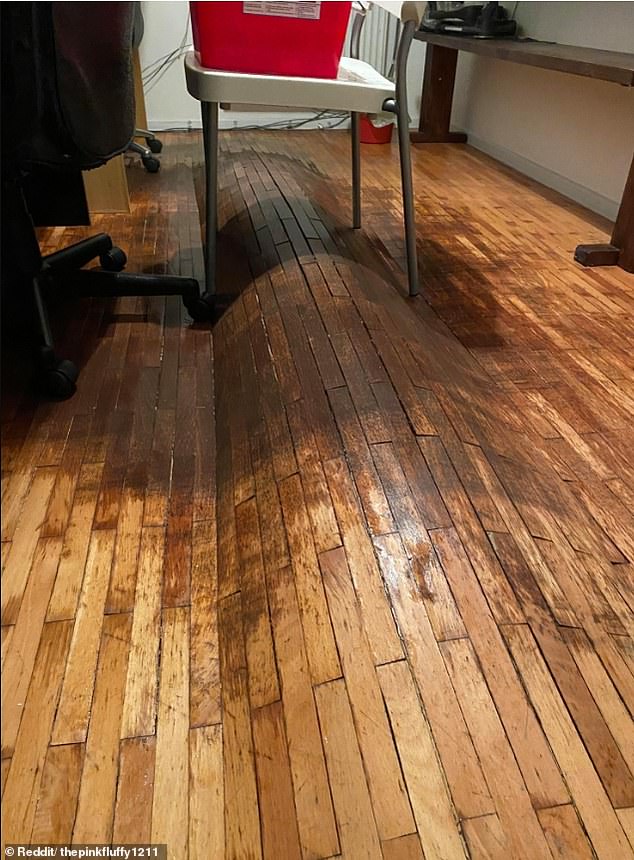 Bursting! This user, from an unknown location, wasn’t sure how to handle the burst pipe in their home during lock-down 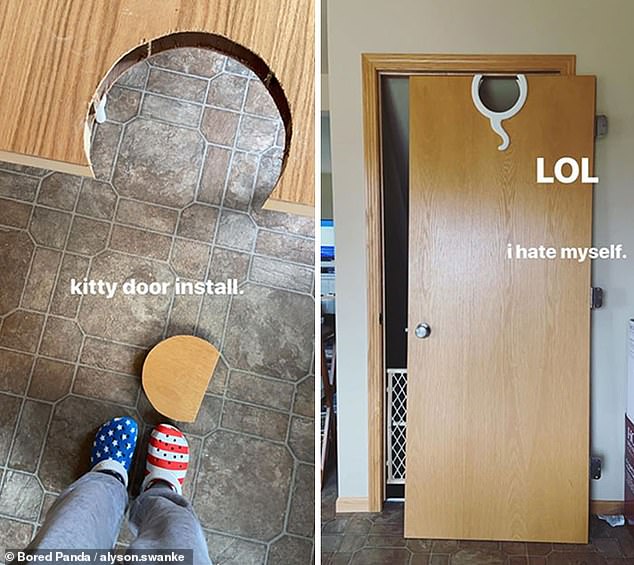 Alyson Swanke, from Wisconsin, revealed she was working on creating a kitty door for her pet, but was dishearten to find out she had cut the wrong end of her door (pictured) 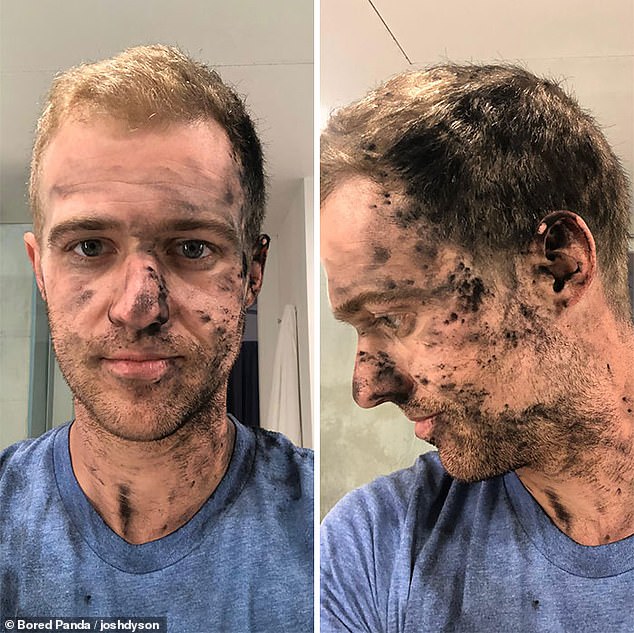 How do you split pensions in a divorce fairly?

Priti Patel admits 7% rise in knife crime is ‘appalling’ and...

Channel Nine reveals the coronavirus pandemic has impacted the format of...