Reality star Marco Pierre White Jr threatened a hotel staff member making her body shake with fear after she caught him in an unoccupied room, a court hears

By Phoebe Eckersley For Mailonline

Reality star Marco Pierre White Jr has admitted threatened a staff member at his father’s hotel after she found him in a room which was not his.

The Celebrity Big Brother contestant, 24, was charged with assaulting two women at the Rudloe Hall Hotel in Corsham, Wiltshire, at the Magistrates Court in Swindon today.

He pleaded guilty to threatening behaviour towards one woman and the other charges were dismissed after no evidence was offered.

Hospitality assistant Chloe Charlesworth noticed the door to room 223 was on latch during her shift and went into the room to discover the bed was unmade and clothes strewn across the floor on March 10, the court heard.

She reported it to her line manager and reception, who told her the room was supposed to be unoccupied – and on return found Pierre White Jr coming out of the bathroom.

He said he did not want people to know he was there and verbally abused her before beginning to approach. 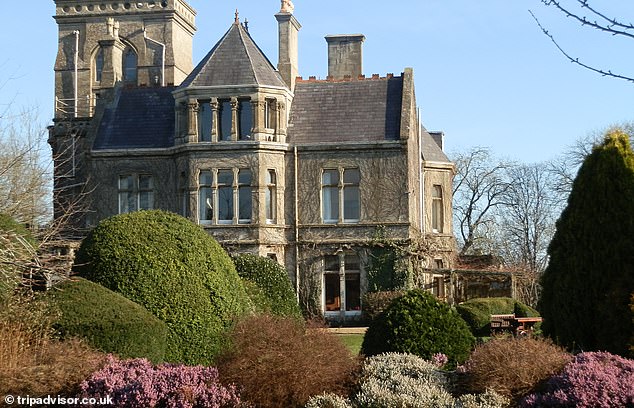 Staff member Chloe Charlesworth noticed a room door was on latch at the Rudloe Hall Hotel in Corsham, Wiltshire, (pictured) and found clothes strewn across the floor – and after finding out that the room was meant to stay unoccupied, she returned to find Marco Pierre Jn emerging  from the bathroom

The tattooed star left Miss Charlesworth scared and her body ‘shaking’, according to the prosecutor Nick Barr.

Marco Pierre Jnr ‘put her in fear of immediate violence’ and then fled the scene.

She still works at the hotel and the court was told there has been no issues between them since.

Mr Barr added: ‘Everybody wants to put a line under what has happened.’ 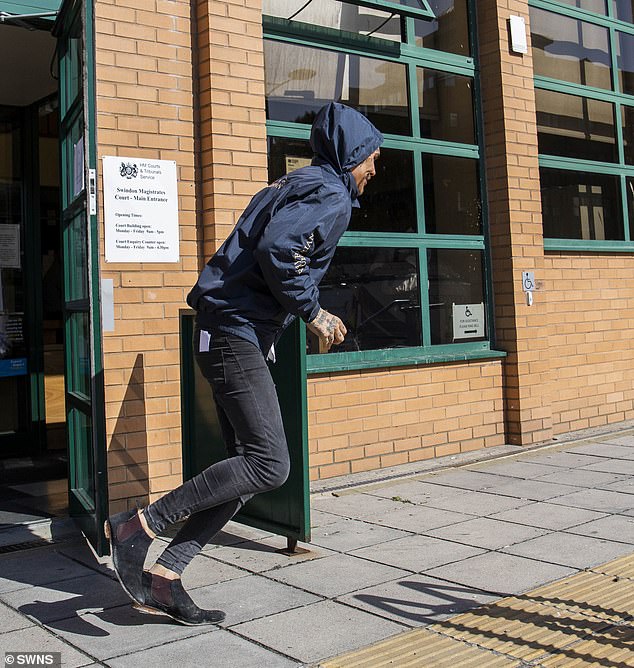 He told her he did not want people to know he was there before verbally abusing Miss Charlesworth and leaving her body ‘shaking’, the court heard. Pierre White Jnr (pictured leaving court today) also admitted two counts of possession of Class A drugs and two counts of making off without a payment, at the Magistrates

Pierre White Jr also admitted two counts of possession of Class A drugs and two counts of making off without a payment at Swindon Magistrates’ Court.

The court heard that Pierre White Jr was a heroin addict at the time of the coffee shop matter and had been spending £40 to £50 a day on the drugs.

He dodged a £30 taxi fare after arriving back at the Rudloe another time and has avoided paying a £34.60 meal at a local pub.

Pierre White Jr has been released on unconditional bail and will be sentenced at a later date following the completion of pre-sentence reports.

Physiotherapist reveals there is ‘no such thing’ as having bad posture

Reese Witherspoon enjoys an animated chat with her yoga instructor during a walk around...

State of Origin: Sydney fans BOO during the minute’s silence for...