Michael Jordan has denied that his beef with Detroit Pistons star Isiah Thomas influenced the decision to leave him off of the ‘Dream Team’ in the 1992 Olympics.

In the latest episode of the ESPN docuseries The Last Dance, Jordan reflects on the ‘Dream Team’, consisting of legends like Magic Johnson, Larry Bird and Scottie Pippen, that won Olympic gold and was dubbed the greatest sports team ever assembled.

When asked if his feud with Thomas carried into the decision to leave him out of the Olympic team, Jordan denied any involvement.

‘You want to attribute it to me, go ahead, and be my guest. But it wasn’t me,’ Jordan said in Sunday’s episode of the series.

‘I respect Isiah Thomas’ talent. To me, the best point guard of all-time is Magic Johnson, and right behind him is Isiah Thomas. No matter how much I hate him, I respect his game. Now, it was insinuated that I was asking about him; but I never threw his name in there,’ Jordan said.

Michael Jordan has denied that his beef with Detroit Pistons star Isiah Thomas influenced the decision to leave him out of the ‘Dream Team’ in the 1992 Olympics saying, ‘No matter how much I hate him, I respect his game’ in the latest episode of ESPN’s docuseries The Last Dance 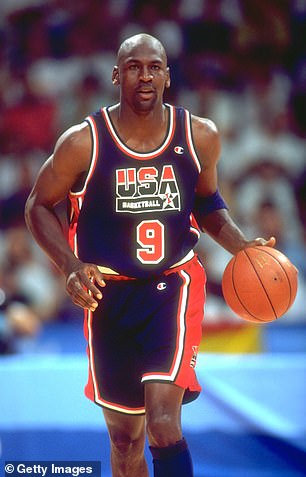 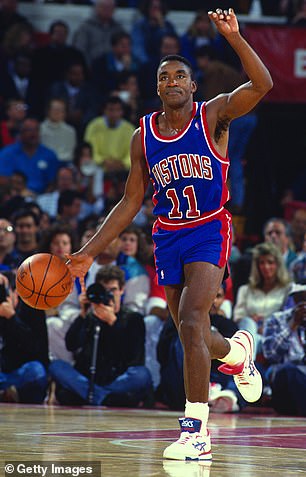 The infamous feud between the two basketball greats dates back to the late 1980s and early 1990s. Jordan pictured left playing against Germany in the summer Olympics in July 1992 in Barcelona and Thomas pictured right dribbling the ball up court against the Chicago Bulls during an NBA basketball game circa 1992

Jordan’s contempt for Thomas and his team the Detroit Pistons stemmed back to the team’s rivalry with the Bulls and attacks on Jordan during games in the late 1980s into the 1990s.

At the end of the 1991 Eastern Conference finals, Thomas and his teammates famously walked off the court with 7.9 seconds remaining on the clock without shaking the Bulls’ hands.

Jordan said that if Thomas were on the ‘Dream Team’, the camaraderie and cohesion on the group would have been different.

‘The Dream Team, based on the environment and the camaraderie that happened on that team, it was the best harmony. Would Isiah have made a different feeling on that team? Yes,’ he explained. 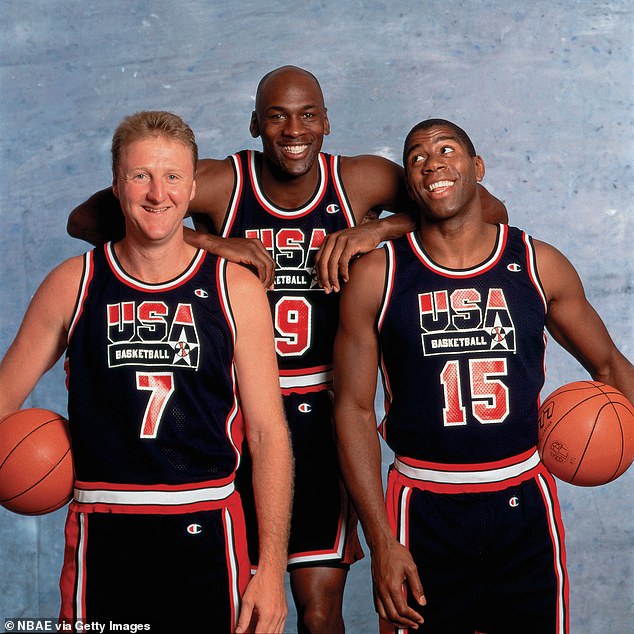 Dream Team: Larry Bird #7, Michael Jordan #9 and Magic Johnson #15 of the US National Team pose during the 1992 Summer Olympics in Barcelona 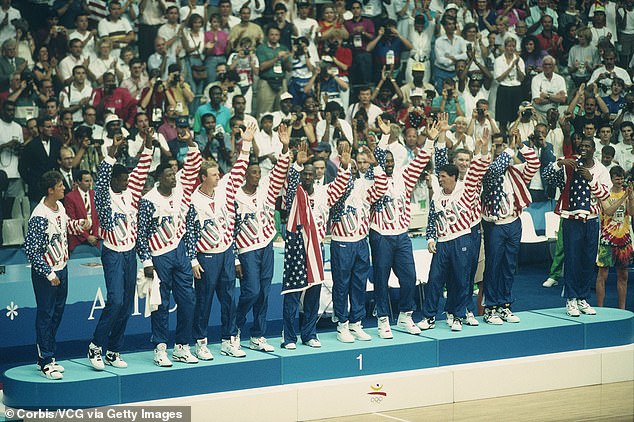 The Team USA Selection committee that selected that 1992 team backed up Jordan, saying that they never discussed Thomas with him.

‘There was never anything in my conversation with (Jordan) that had to do with Isiah Thomas, period,’ Rod Thorn, who was on that selection team, said.

He said, ‘I’ll do it. … Isiah’s name never came up during that conversation. And he never backtracked and said he didn’t want to do it from that time on, to those of us in the NBA office.’

‘Now, if that in fact happened, then it happened with somebody else; because when I talked to him, he ended up saying he would definitely do it,’ he added.

However, Thomas said that looking back on his career, he’s hurt that he wasn’t chosen to be apart of the Dream Team. 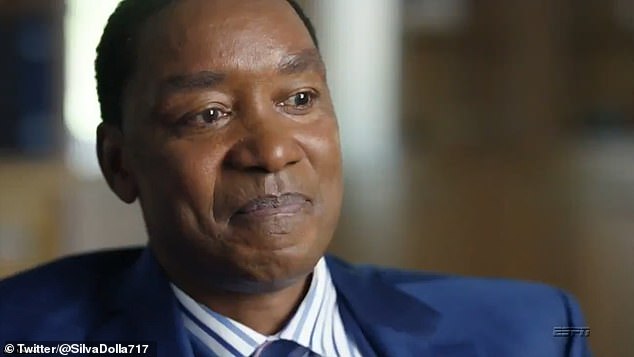 Thomas said that looking back on his career, he’s hurt that he wasn’t chosen to be apart of the Olympic squad saying: ‘I tried to do everything correctly and I thought I should’ve made the Dream Team’ 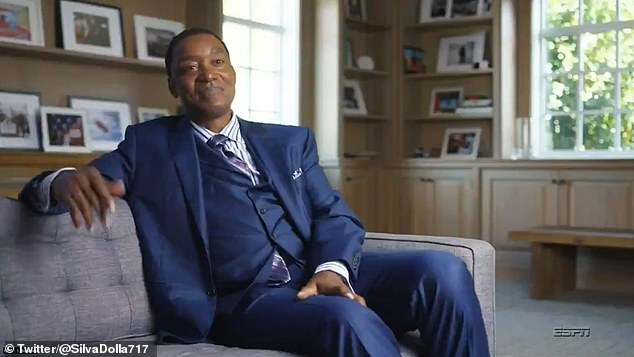 ‘I don’t know what went into that process. I met the criteria to be selected, but I wasn’t,’ Thomas said

‘I tried to do everything correctly and I thought I should’ve made the Dream Team,’ Thomas said.

‘I don’t know what went into that process. I met the criteria to be selected, but I wasn’t.

‘I wasn’t a part of it, that hurt me. And looking back, if I’m not a part of the Dream Team because of a lapse of emotion in terms of not shaking someone’s hand, if that’s the reason why I didn’t make the Dream Team, then I am more disappointed today than I was back then when I wasn’t selected,’ he said.

Met floods London’s streets with extra officers after being accused of losing control of...

Kim Zolciak is ‘so blessed’ as she poses with husband Kroy Biermann on date...

Bar Refaeli performs a headstand in a crop top ahead of serving nine months...

Ed Westwick enjoys a night out with his leggy girlfriend Tamara Francesconi...

Coronavirus Australia: Investor shows where NOT to buy property