A police officer was rushed to hospital after he was assaulted during a traffic stop in north west London.

The driver of a car ran from police in Dartmouth Road, West Hendon around 7.12pm.

One officer tracked the suspect down to an alleyway near Park Road.

The suspect attacked the officer who was subjected to a ‘serious assault’.

Scotland Yard confirmed a man has been arrested on suspicion of attempted murder following the attack on the officer.

The officer’s  injuries are not thought to be life-threatening.

Forensic officers have secured the scene of the attack and enquiries are continuing.

Police arrested a man on suspicion of attempted murder after an officer was attacked in West Hendon, north west London earlier this evening 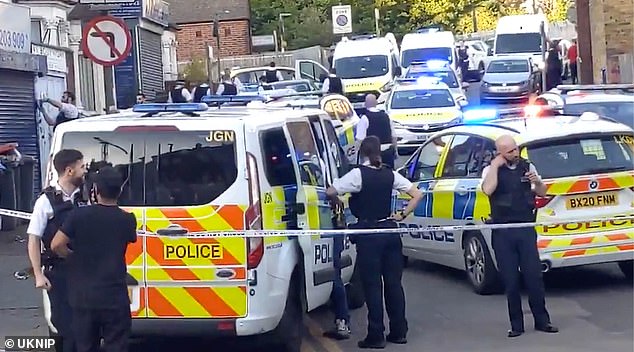 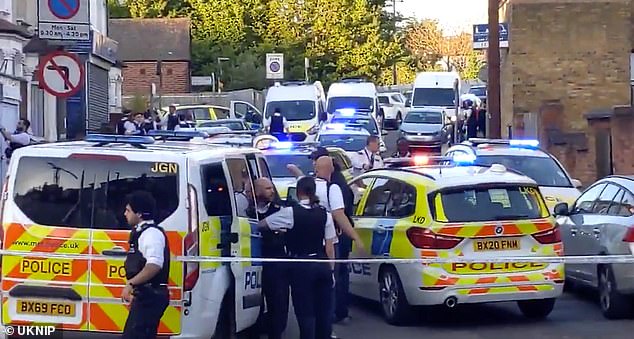 The officer’s injuries are not thought to be life threatening, according to Scotland Yard

DAN HODGES: We can’t go on like this much longer

Boris Johnson is ‘preparing to return to work on Monday’ to take control of...

Cameron Boyce who tragically passed away last year age 20 is seen in final...

Ferne McCann flaunts her sizzling physique as she poses up a...