A young police cadet has starred in a TikTok video to help young people feeling vulnerable to domestic abuse during lockdown get help.

Kaitlyn McGoldrick, 14, from Cleveland, in north east England, stars in two short videos illustrating how domestic abuse victims can make a ‘silent’ 999 call – to get help without speaking on the phone.

McGoldrick appears wearing bruises on her skin in the video and says she wasn’t deterred by the difficult subject matter because she wanted to help people know they could still access help in abusive situations. 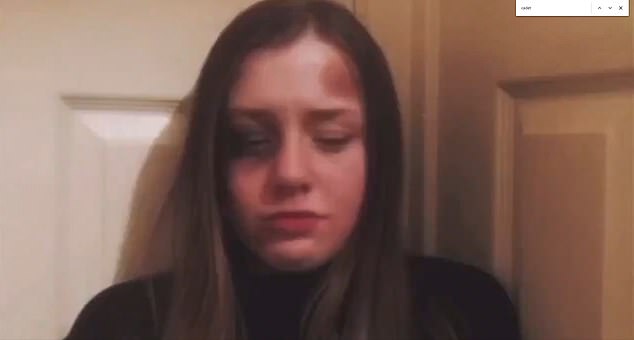 The videos see McGoldrick appearing upset and wearing fake bruises as she shows how it’s possible to make a ‘silent’ 999 call without speaking by pressing 55, which lets operators know that it’s not possible to talk 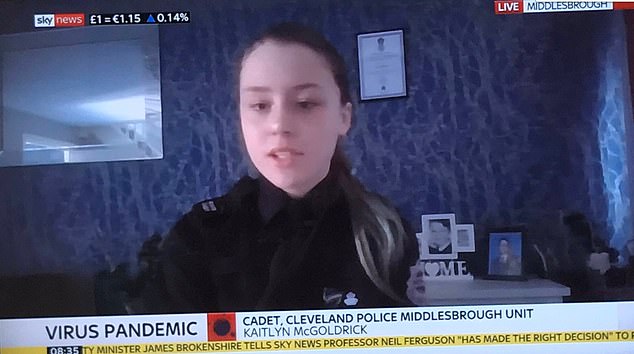 Speaking to Sky News this morning, McGoldrick said that she hoped her video – using a social media platform popular with fellow teenagers – would help get the information on silent calls to people at risk from domestic abuse

The clip has already been viewed more than 100,000 times on social media.

Speaking to Kay Burley on Sky News, Kaitlyn McGoldrick said she was unfazed by the harrowing topic of domestic violence because she knew it could help others

She said: ‘I feel proper proud, all the comments that we’re getting shows that it does help people.’

McGoldrick added: ‘Many people have said that when it was happening to them they wish there was something like this.’

The video details the police’s ‘silent call’ which enables people to call the emergency services without speaking by pressing 55, which prompts an operator

Silent call Dial 999, if you can’t talk press 55 and that gives the operator – there’ll then ask questions. 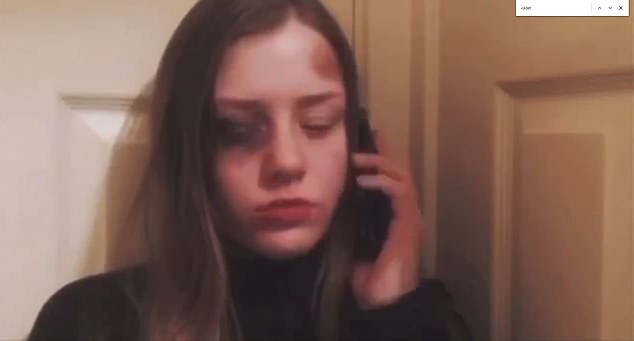 Positive response: The teenager said she’s had lots of messages thanking her for appearing in the video 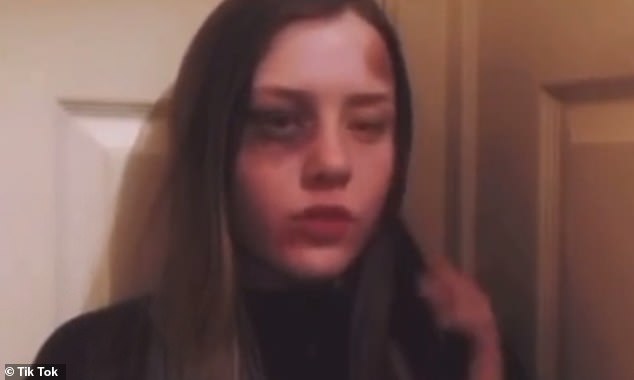 Last week, ministers unveiled a £76million package for domestic violence victims as they admitted the coronavirus lockdown is making it harder for people to seek help.

Communities Secretary Robert Jenrick announced the funding as he took the daily Downing Street press briefing, saying the government would not ignore the ‘reality’ of what many vulnerable individuals face during the crisis.

He said victims of domestic abuse will get priority access to local housing, and money will be channelled to charities.

Declaring there would be £76million of ‘new funding’ for victims of domestic violence, Mr Jenrick said: ‘For some in our society these measures involve sacrifices that none of us would wish anyone to bear.

‘For victims of domestic abuse it means being trapped in a nightmare.

‘The true evil of domestic abuse is that it leaves vulnerable people including children living in fear in the very place where they should feel most safe and secure: inside their own home.’

Mr Jenrick said the Government’s Domestic Abuse Bill, which had its second reading in Parliament last week, would create ‘the first ever legal definition of domestic abuse’.

He said that through the Bill, the Government would ‘be ensuring that the victims of domestic violence get the priority need status that they need to access to local housing services much more easily’.

He added: ‘This is a fully-funded commitment which will mean that no victim of domestic violence has to make the unbearable choice between staying somewhere that they know is unsafe or becoming homeless.’ 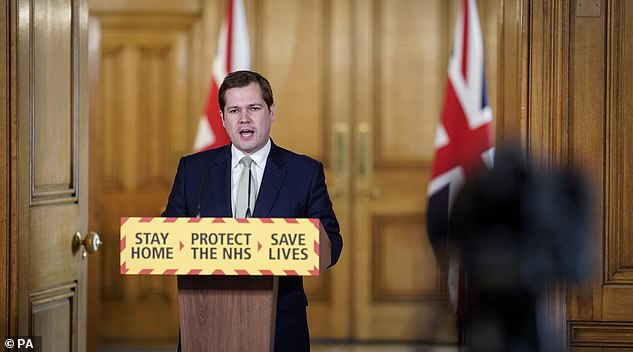 Communities Secretary Robert Jenrick announced the funding as he took the daily Downing Street press briefing, saying the government would not ignore the ‘reality’ of what many vulnerable individuals face during the crisis

He said the Government had already announced an extra £15million to strengthen its support, with an extra £16million going directly to refuge services.

‘This additional support will ensure more safe spaces and accommodation for survivors of domestic abuse and their children, and the recruitment of additional councillors for victims of sexual violence.’

He added that the funding will also help frontline charities to offer virtual ways to assist those in need, including phone-based services.

Mr Jenrick said: ‘We know that some refuges have had to reduce, or even to cancel the services that they would want to provide during the pandemic.

‘This funding will help them to meet the challenges posed in this national emergency, and to continue to help those that desperately need support.’

Jacinda Ardern is seen back when she was just a student

Olivia Attwood and fiancé Bradley Dack get TATTOOS of their engagement...