Three cannabis growers have been jailed after a football pitch-sized farm worth £820,000 was uncovered by a police officer who smelt it on while on patrol.

CSO Martin Jobling was patrolling the Valentine’s Funfair in Gateshead, Newcastle upon Tyne, in February when he noticed a strong cannabis smell coming from the nearby Team Valley Trading Estate.

He contacted his Sergeant, Warren Sturrock, and together the officers entered the site.

Officers found Albanian nationals Fatbardh Selimi, 42, Fatlum Alija, 27, and Agim Isufi, 19, on the farm inside a warehouse and all three were arrested.

It is believed the cannabis growers had been living in the warehouse where the farm was located.

He said: ‘The seizure of this cannabis farm has caused significant disruption and financial loss to what was clearly the work of an organised crime group and that is down to the hard work and professionalism of the neighbourhood policing team.

‘Officers on patrol have noticed the strong smell while on their patrols, they have spoken to businesses in the area and then identified the warehouse in question.

CSO Martin Jobling was patrolling the Valentine’s Funfair in Gateshead, Newcastle upon Tyne, in February when he noticed a strong cannabis smell coming from the nearby Team Valley Trading Estate. Pictured: Police cut their way into the drug farm 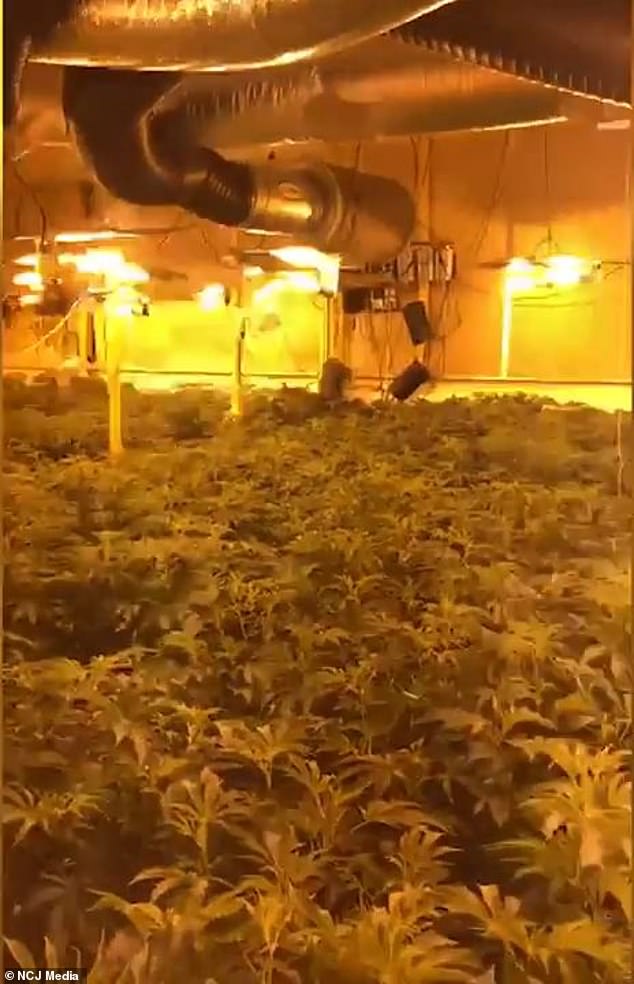 ‘Their tenacity has uncovered what we believe to be a multi-million-pound cannabis operation and I am incredibly proud of everyone involved in bringing these men to court.

‘They knew what they were doing was illegal and they must now face the consequences.

‘Be reassured we will continue our crackdown against Organised Crime Groups as part of Operation Sentinel, with numerous key partner agencies working with us to tackle what is a constant and evolving threat.

‘We also need the support of our communities and if you have information about any criminal activity then we would ask you to get in touch.’

Selimi, Alija and Isufi appeared at Newcastle Crown Court on Wednesday and were jailed after admitting a charge of producing a Class B drug. 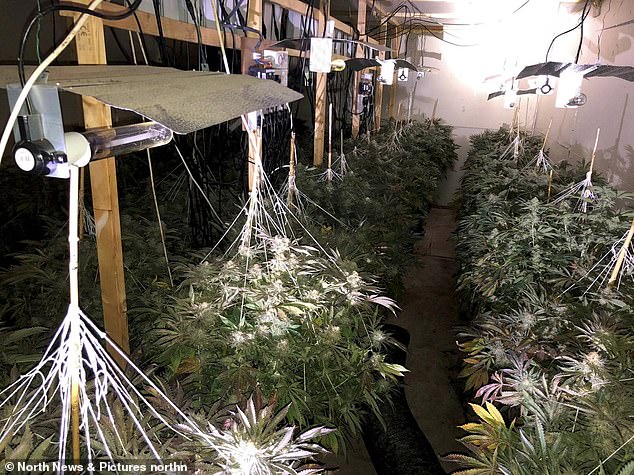 Officers initially thought that 3,000 plants had been found but this number fell to 2,000 after the farm was dismantled 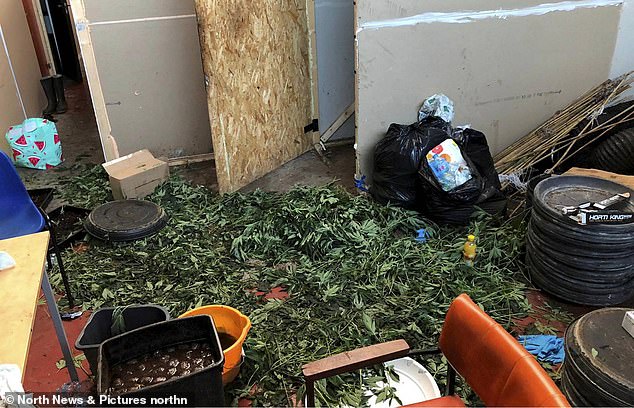 The court heard that the men were brought into the country illegally and were forced to work for gangsters to pay for their transport.

Two-year sentences were handed to Selimi and Alija while Isufi was sent to a Young Offenders Institute for 20 months.

Chronicle Live reported that Judge Gittins said: ‘The profit to the criminals running this operation are likely to have been measured in tens if not hundreds of thousands of pounds.

‘Had this operation reached a conclusion, huge quantities would have hit the streets of the North East of England.

‘That would have had the result of people committing crime, either under the influence of that drug or to fund its purchase.

He added that the it would be the Border Agency’s decision whether the three men should be deported after serving their sentences.

The court heard all three are remorseful and have no previous convictions, either here or in their homeland and did not intend to commit crime when they came here.

Farmer Wants A Wife’s Neil Seaman reveals his tragic past

Is it selfish to ask your cleaner to come back?