By Tanya Jefferies for Thisismoney.co.uk

Elderly married women on low state pensions can quickly check if their payments are correct on a new website launched by our agony uncle Steve Webb.

In recent weeks, Webb and This is Money have uncovered a devastating government blunder which has led to numerous women missing out on thousands of pounds in state pension over many years.

Readers continue to contact us in droves out of concern that they too are being underpaid.

And in response, pension consultants Lane Clark & Peacock, where Webb is a partner, has devised a web tool to help women here.

New web tool: Many women remain in the dark that they could be owed significant sums in state pension

Married women who retired on small state pensions before April 2016 should get an uplift to 60 per cent of their husband’s payments once he reaches retirement age too, but many are now discovering they never received this increase.

The Department for Work and Pensions has refused to confirm whether a full, systematic review is under way to find all women who are being underpaid, but remain in the dark that they could be owed significant sums.

It is still unclear how errors were made in so many cases, and how they remained undetected for so long.

Webb first discovered the problem in a question buried among the many dozens he gets to his column every week.

Since then, eight other women tipped off by Webb’s initial column or a This is Money story have received payments totting up to well over £35,000.

We are also aware of other credible cases which are being pursued independently with the DWP.

LCP says that following the revelations on This is Money of readers missing out on thousands of pounds in underpaid state pension, it decided to launch its new online tool to help women assess whether or not they might be affected.

What about widows, widowers and divorcees?

It asks women some simple questions about their age and state pension both for themselves and their spouse, and based on this information tells them whether they are likely to be underpaid. See the box below for more.

But Webb stresses that the website is simply designed as a useful tool, and anyone with any doubt about the amount of pension they are receiving should contact the Department for Work and Pensions.

Its details are here, though delays are likely due to the volume of work staff are dealing with during the coronavirus pandemic.

Webb says: ‘I am very concerned that every week seems to bring new examples of people who are being underpaid state pension.

‘In some cases this underpayment has been going on for a decade or more. I firmly believe that the DWP should be sorting this issue out for all the women who are affected.

‘But until they do so I hope that this simple website will give people an idea as to whether they might be affected.’

This is Money also has a guide to whether you might be underpaid here.

Like Webb, we stress that if you think your state pension is less than you are owed, you should contact the Department for Work and Pensions. 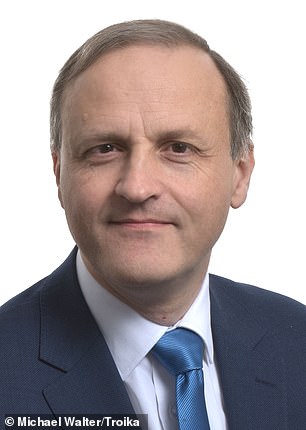 Steve Webb:  Concerned that every week seems to bring new examples of people who are being underpaid state pension

You can also write to Steve Webb’s This is Money inbox at pensionquestions@thisismoney.co.uk and put DWP CLAIM in the subject line.

If you write to Steve, please include the following information:

1. Your name and date of birth

2. Your BASIC weekly state pension – check the line referring to this on your 2019/2020 or your more recent 2020/2021 annual state pension statement, and send us the basic figure only, not the total you receive.

3. Your husband’s name and date of birth

4. His BASIC weekly state pension – as above

5. Your phone number – this will only be used to follow up this issue, not for any marketing purposes.

We are looking into as many cases of underpaid state pension as we can, and will get back to you if we think we can help.

Are you being underpaid state pension? How to check

LCP offers the following guide to whether a retired married woman might be missing out on state pension.

The main situation where pensions may be underpaid is where a married woman has a husband over pension age and she is receiving a weekly pension of less than £80.45, which is 60 per cent of the full basic state pension. 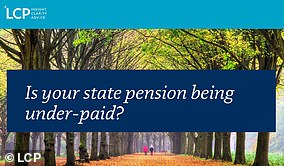 Provided that her husband has a full basic state pension in his own right, his wife should be able to get the £80.45 once he has reached state pension age.

Where this happened before March 2008, the married woman needs to put in a claim for the uplift but since then the increase should have happened automatically.

It is part of the ‘old’ state pension system and therefore only applies to women who reached pension age before 6 April 2016.

To use the website, readers need to look out their pension paperwork to find out how much BASIC state pension they and their husbands are receiving, rather than the total amount of state pension.

This is because the rules about claiming on the basis of a husband’s contributions only apply to the basic state pension element of the system.

The site only works where readers supply the basic state pension figure for themselves and their husband.

Baby girl, 13 months, rushed to hospital with burns after falling into a fire pit in South Maroota

Emilia Fox goes for a stroll after confirming she split from...

PICTURED: Woman, 22, killed in a vicious stabbing attack at the...

Rashford up for the fight as Johnson rejects Man United star’s...