Two people have been arrested on suspicion of murder after human remains were found in the Forest of Dean.

The discovery was made last night and a large area remained cordoned off on the outskirts of Coleford, Gloucestershire.

Forensic tests are currently being carried out on the suspected remains, which were found close to the England-Wales border.

Two people have been arrested on suspicion of murder after human remains were found in the Forest of Dean at around 11.30pm yesterday

A spokesman for Gloucestershire Police said: ‘Due to an ongoing police investigation road closures and scene guards are in place on the A4136 between Monmouth and Coleford.

‘Cordons are likely to remain in place for the rest of the day while enquiries continue to establish what has taken place and further forensic tests are being carried out on the remains.

‘A woman from Birmingham aged in her 20s and a man from Wolverhampton aged in his 30s have been arrested on suspicion of murder in connection with the investigation and remain in police custody today.’ 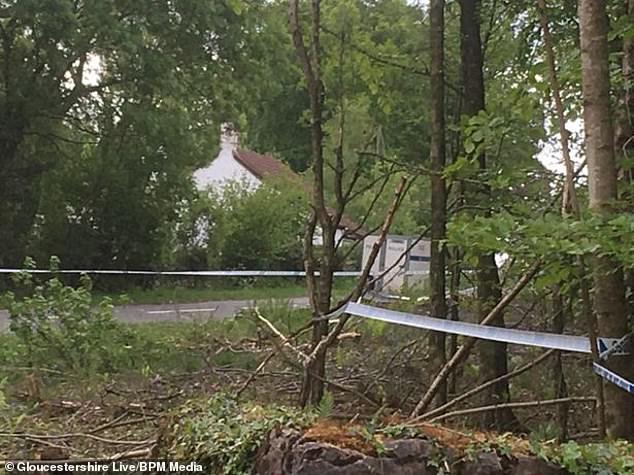 The discovery was made at the entrance to the Stowfield Quarry and a large area remains cordoned off on the outskirts of Coleford, Gloucestershire

It is not clear where exactly the suspected remains were found but police sealed off a large area and three tents were erected at the entrance to Stowfield Quarry.

One resident said: ‘The tents weren’t there when I went out this morning but they had appeared by the time I got back. I don’t know what’s going on but they say I can’t even walk along the road.

‘Somebody said they had found a body and the police say the road will be closed all day.’

Another resident who lives within the cordon said: ‘I don’t know what’s happening.

‘I didn’t notice anything until I drove down the road and came to the road block. I asked if I could go through and they said yes but I might not be able to get back in again. 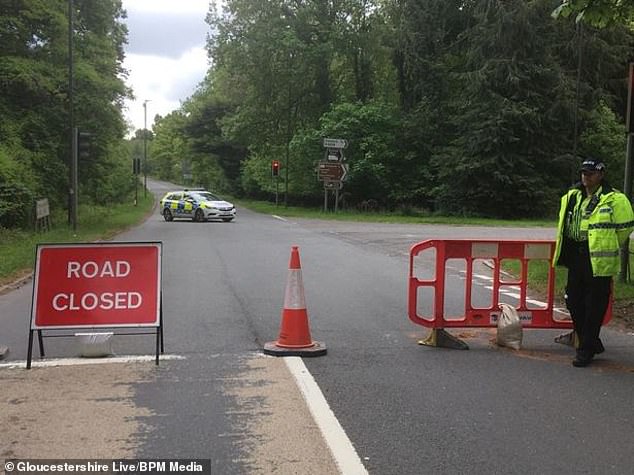 One resident said: ‘The tents weren’t there when I went out this morning but they had appeared by the time I got back. I don’t know what’s going on but they say I can’t even walk along the road’

‘One of the officers said the road might be closed for a few days so it must be serious.’

The quarry is on Staunton Road and the closed section also contains a fishery, a former sawmill which now contains storage units, several houses and a campsite.

The main A4136 from Cinderford to Monmouth was blocked off at the bottom of the hill at Monmouth and there was a further roadblock at the Coleford traffic lights.

The roadblock at the lights was stopping traffic from Monmouth and Staunton turning right into Coleford or heading past the fishery to Berry Hill and beyond.

Both blocked-off sections of road would have caused chaos on a normal working day and key workers had to find detours through the lanes.

Banks urge Treasury to be lenient over Coronavirus debts

M&S is relaunching its loyalty scheme, giving one customer per store a free shop every week

Boy, 16, is found guilty of stabbing to death promising footballer, 15

Strictly stars face being DISQUALIFIED if they test positive for coronavirus...

White man who took a black woman on a date, is...