Ernie Bevin, the towering founder of the Transport and General Workers’ Union, knew his duty during an earlier national crisis. He formed the organisation in the 1920s, becoming the most powerful union leader in the country.

But when World War II broke out, the great patriot put political differences and his members’ sectional interests to one side and rallied around the government to serve his country.

As Minister of Labour in the wartime government, he sat alongside prime minister Winston Churchill, with whom the trade unions had been in bitter conflict during the General Strike years before.

Ernie Bevin, the towering founder of the Transport and General Workers’ Union, knew his duty during an earlier national crisis

He played a heroic role in keeping the economy moving. He reduced disruption and delay, ensuring industrial production continued. Bevin masterminded the plans that ensured troops had the arms they needed and that planes and ships vital for the war effort were built.

Today’s union leaders would do well to take a leaf out of Bevin’s book, not least Len McCluskey, who leads the very union Bevin founded.

Ironically that union is now known as Unite but with his hardline approach, it often seems as though McCluskey wants to do anything but promote a spirit of unity.

In response to Boris Johnson’s call on Sunday night for a return to work, he told staff to refuse to work if it is not a safe environment. Rail unions, meanwhile, warned they could disrupt transport services if there is a significant rise in passenger numbers. Teachers, too, were quick to attack the Government’s plans. 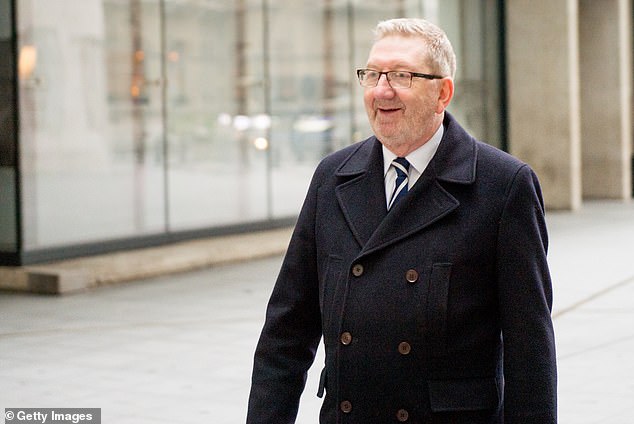 Len McCluskey (pictured) leads the very union Bevin founded. In response to Boris Johnson’s call on Sunday night for a return to work, he told staff to refuse to work if it is not a safe environmen

Millions of us tuned in to watch The Darkest Hour on Sunday, a film which shows how Labour’s wartime leaders rallied around Churchill, determined to do all they could to get Britain through a period of unprecedented challenge. Compare the way Labour’s Clement Attlee supported Churchill to serve his country with the way McCluskey’s friend Jeremy Corbyn has sought to exploit this crisis to divide the country.

Earlier this week, Corbyn, Diane Abbott and John McDonnell were among 17 Labour MPs who claimed the Prime Minister’s statement was a ‘thinly veiled declaration of class war’. What complete and utter nonsense.

Everyone agrees that blue-collar workers must be properly protected before returning to work. From construction sites to the classroom, companies must ensure safe working environments and provide appropriate protective equipment whenever necessary.

The fact is, however, the battle against coronavirus is not just about saving lives but also saving livelihoods — and trade union leaders have a constructive role to play, working with ministers, civil servants and employers to draw up the guidelines on what is needed to ensure any working environment is ‘Covid secure’.

What trade unions — who still wield huge power in the public sector — must not do is exploit this crisis to make untenable demands that hinder economic revival. Such cynicism would be unforgiveable.

Doctors, nurses and NHS support staff have worked round the clock to save lives. Even when PPE was in short supply they battled on to look after the rest of us. That is why tomorrow night we will once again stand on our doorsteps to applaud in awe of their heroism. Instead of cheering millionaire footballers on Saturday afternoons, we are clapping often poorly paid care staff on Thursday evenings.

All public sector workers have risen in our esteem. Throughout this pandemic, postmen and police officers, binmen and bus drivers, care-workers and cleaners have all helped battle the virus.

The cruel irony is that, as figures from the Office for National Statistics showed this week, these are the people most at risk of contracting the virus — and yet they have selflessly carried on regardless.

This crisis could permanently change the way hard-working taxpayers in the private sector regard their colleagues who work for the state — and which professions we value most.

Already you can see a political consensus developing around this point. The Prime Minister has promised there can be no return to a programme of austerity that hit the public sector and the poor hardest while the wealthy bankers responsible for the financial crisis were rescued.

Labour leader Sir Keir Starmer says the same, explaining that we must think differently about who we value.

But for this to happen Britain must be able to get back to work producing goods and generating the taxes that fund the public sector.

Of course it is more difficult for factory workers and builders on construction sites than for those of us with the luxury of working from home. But with proper regard for workers’ health and safety, and with the protective equipment that employers must provide, we do need to see people return to work where possible. 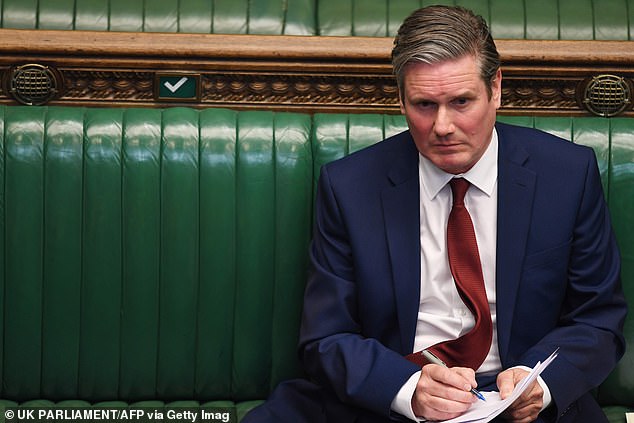 Labour leader Sir Keir Starmer says the same, explaining that we must think differently about who we value

Without that, the economic impact of this crisis could be much, much worse.

The Government was right to step in with the furlough scheme — and to extend it yesterday — providing billions to save thousands of businesses, millions of jobs and prevent the economy crashing.

But these support schemes cannot last for ever. The longer it goes on, the more difficult it will be to restart the economy.

Leaving it too long could result in huge job losses and mass unemployment which will have a terrible impact on the public sector and the people union leaders say they are trying to protect.

That is why the unions must play their part. They have to understand that this is a time when we should pull together.

Getting a transport system up and running that ensures the safety of both workers and staff is paramount. Surely, with imagination and expertise, we can find ways of going back to school with smaller classes or half days, allowing parents to return to their jobs.

It will already be difficult for youngsters to catch up on the teaching they have missed, and allowing their education to be damaged permanently would be a terrible betrayal.

Some trade unionists have a reputation for exploiting every opportunity to press for higher pay, reduced hours or better conditions. Some unscrupulous employers have laid people off, avoiding the furlough scheme because they know they will be able to hire new staff when the economy picks up.

Both of these approaches are unacceptable. Instead, we must all follow the example of our heroic health service workers who perform miracles to protect the rest of us.

We must also take our inspiration from the leadership displayed by the wartime generation. People like Bevin and Churchill, who could not have disagreed more strongly — but who set aside huge political differences to lead our country through its darkest hour.

Car wash worker sprays INSIDE of car with high-pressure hose

Chrissy Teigen showcases her stunning figure in a pastel swimsuit