‘My day one’: Kim Kardashian shares selfie of herself with nephew Mason Disick… after he was banned from social media by mom Kourtney

By George Stark For Dailymail.com

Kim Kardashian is one proud auntie.

The 39-year-old reality star posted a cute snap of her and nephew Mason Disick on Friday, along with the caption: ‘My day 1.’

Mason, 10, looked like a cool kid in a white hoodie, while Kim appeared flawless in the selfie shared to her millions of followers.

Proud: Kim Kardashian, 39, posted a cute snap of her and nephew Mason Disick on Friday, along with the caption: ‘My day 1.’

Despite his young years, Mason has already made his mark on social media, getting into trouble for having a TikTok account while underage.

Recently his mom Kourtney Kardashian, 40, revealed during an Instagram Live that she and husband Scott Disick, 36, decided he was too young to have his own account.

Kourtney confirmed that Mason ‘didn’t ask us’ to get an Instagram and shared that ‘I did delete it because Scott and I just felt like he isn’t – he’s 10!’ 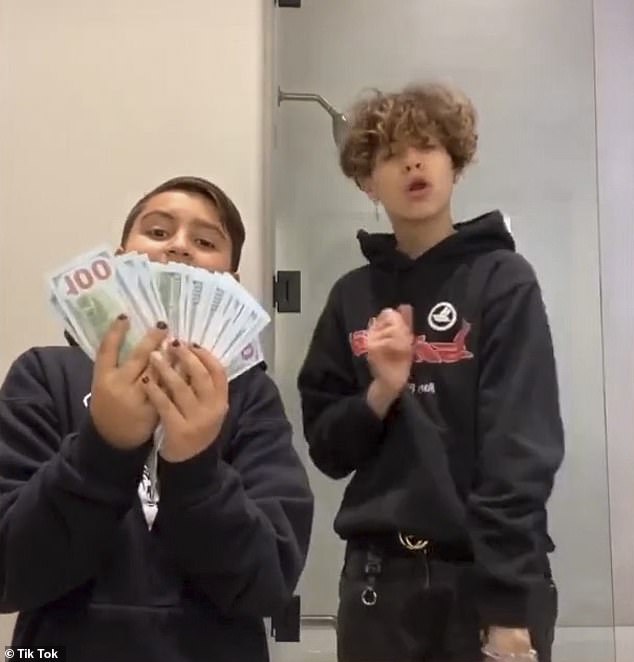 ‘He is rich, rich’: Mason, 10, was seen in resurfaced TikTok video dancing with a wad of 100 dollar bills …after mother Kourtney Kardashian made him quit social media

The social media star was quick to point out that Mason does not have his own phone but ‘has an iPad and a computer for his school.’

TikTok had previously deleted his account for violating their Terms of Service as users must be at least 13-years-old, while his parents Kourtney and Scott shut down his Instagram.

Mason joined the social network without his parents’ permission last month and started chatting with followers on Live. 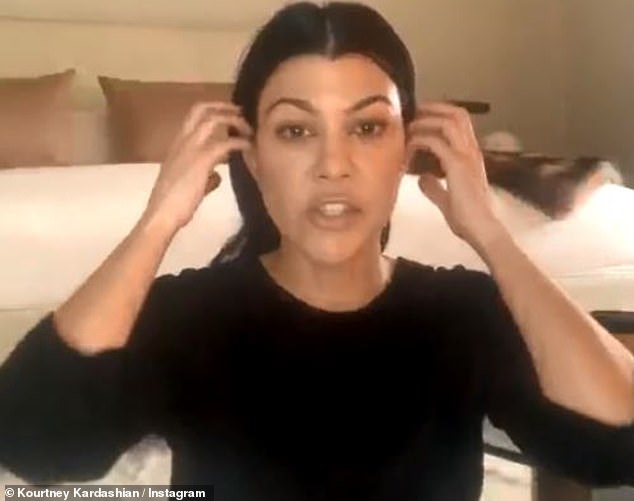 Not having it: Kourtney Kardashian confirmed that she and her ex Scott Disick made their son Mason give up his Instagram

She shared that as far has her children were concerned ‘I think there’s an age limit for Instagram. I think it’s 13.’

Kourtney shared: ‘I think on Instagram the thing that really worries me with kids is comments. People can be so mean.’

Mason previously got in trouble when he called makeup vlogger Jeffree Star “spoiled AF” causing a war of words between the two.

“I had $500 in my bank account six years ago,” Jeffree hit back in a now-deleted Tweet. “Maybe he’s confused with his own privilege versus mine being self-made. Hopefully his father can educate him soon!” 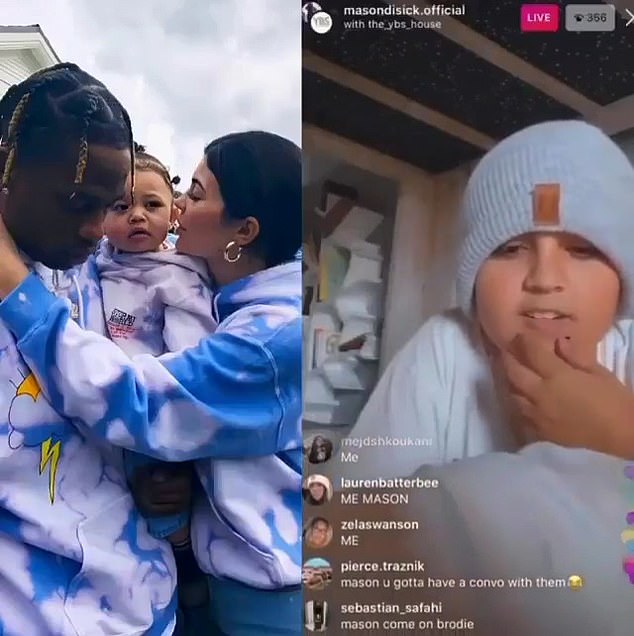 So sweet: The 10-year-old joined the social network without his parents’ permission on Tuesday and started chatting with followers on Live

Minneapolis mayor balks at plans to ‘abolish’ the police department

PICTURE EXCLUSIVE: David and Victoria Beckham FINALLY jet off on a post-lockdown trip with...

Can you guess the names of iconic TV shows from these...