A British art teacher has painted a lockdown map to poke fun at how the UK is dealing with coronavirus.

The picture, by Annalisa Morrocco, is titled ‘The Official Map of Lockdown Island’ and highlights the country’s preoccupation with stockpiling food, binge watching Netflix and even features covidiots.

It is split into seven sections including Sillycone Valley, Mount Panic, the Defence Base of Pandemia and the State of Nirvana.

In the top corner, lies ‘The Commune of Quarantini’ with a girl dressed in pyjamas and waving a phone and cocktail in her hand.

Mount Panic, Sillycone Valley and the Commune of Quarantini: Artist creates map of ‘Lockdown Island’ to poke fun at how Britain is handling coronavirus crisis 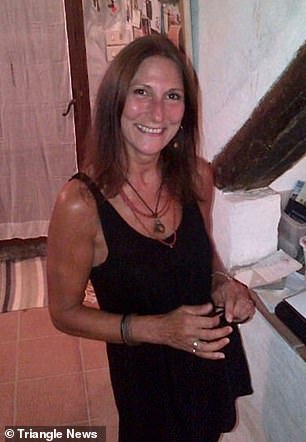 Annalisa Morrocco (pictured) is from Dundee but has lived in Brittany, France for the last 30 years

It is the destination ‘where staying in is the new going out’ and the home-owner is guzzling house wine.

Underneath is a drawing of a cruise liner with the caption, ‘This Super Spreader goes to VACINOPOLIS.’

Heading further inland is ‘Mount Panic’ which mocks Brits stockpiling of essentials which also features someone going to work on an exercise bike in their ‘Easter bunny jammies.’

Adjacent to the hoarding of cupboard staples is ‘Pencilvania’ – ‘where you want to erase 2020 and draw it differently’, she explains.

Annalisa Morrocco initially assigned her college class to draw a ‘Lockdown Island’ before giving it a go herself.

Annalisa, who is from Dundee, left the UK for France around 30 years ago and said the art piece has allowed her to reconnect with home.

The 58-year-old, who is daughter to Scotland’s renowned artist Alberto Morrocco has sketched a ‘Sillycone Valley’ to the right – and says ‘here you can create multiple innovative items of the highest technology out of toilet roll inners’.

Annalisa, now of Brittany, France, displays some of the ‘popular designs’ of bats, phone holders and beaks made from bog roll.

It lies below mountainous terrain dubbed the ‘peaks of paranoia’, according to the artist. Here people are checking their temperature every half an hour. 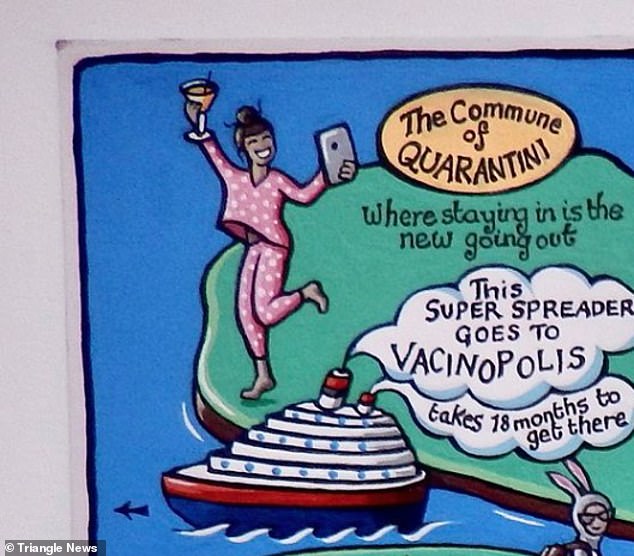 In the top corner, lies ‘The Commune of Quarantini’ with a girl dressed in pyjamas and waving a phone and cocktail in her hand

More mindful Brits might find themselves in the ‘Zen Den’ – indulging in self-care and yoga.

‘Step into the divine state of Nirvana and feel blessed to be synchronized with the whole world – become ultra spiritual’, the map reads.

Residents might expect to find meaning to important questions like ‘is that a hole in my sock? Did I put the bins out? Where did 2020 go?’ 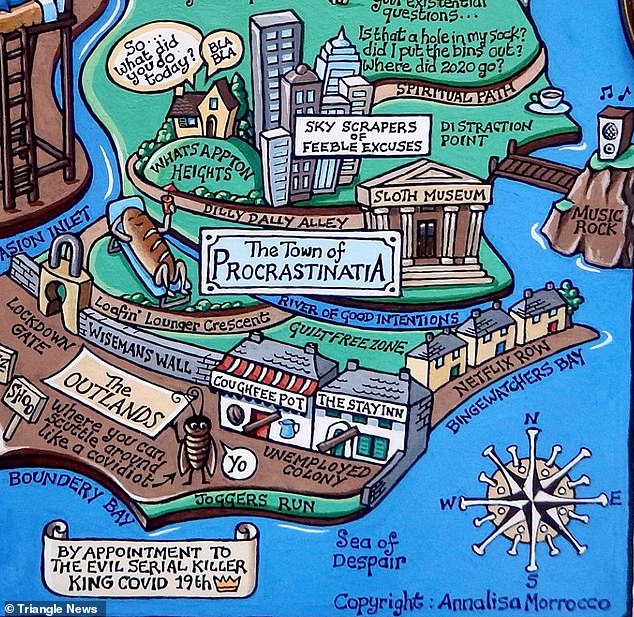 Annalisa suggests there’s a thin line between the inner-zen and procrastination – as it lies eerily close to the fictional ‘Distraction Point’.

Another area is The Outlands which features the slogan, ‘where you can scuttle around like a covidiot.’ 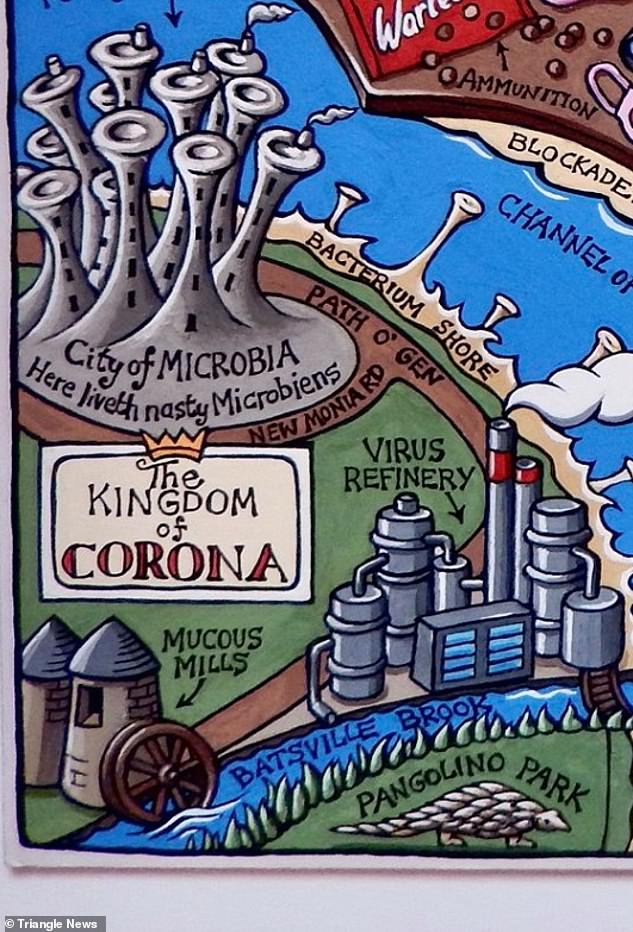 People can grab their brew from the ‘coughee pot’ in the Unemployed Colony while overlooking the ‘Sea of Despair’.

Over the Channel of the Unknown is the Kingdom of Corona – characterised with pumping factories, Pangolinos, and City of Microbia – the hotbed for breeding bacteria and microbes, along with Batsville Brook.

The map contains a scroll that says, ‘By appointment to the evil serial killer King Covid 19th.’ 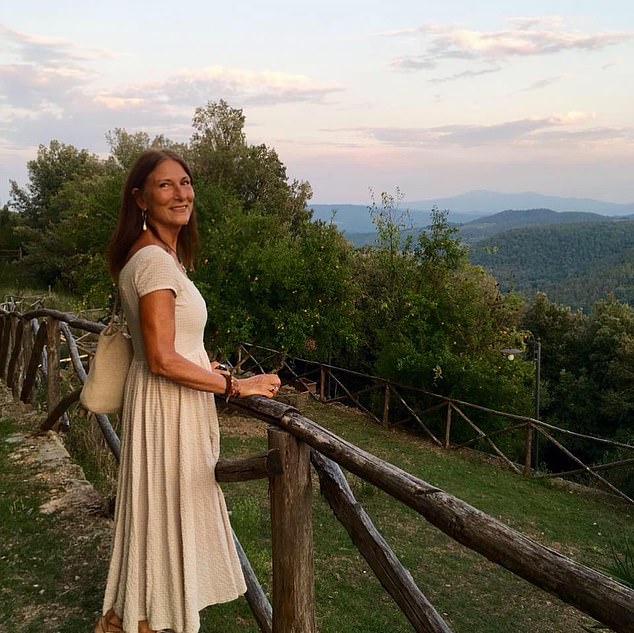 Are more men dying from coronavirus because of testosterone? Prostate cancer experts believe so

Waleed Aly’s The Project is slammed for mocking Scott Morrison for...

Soldier suffered life-changing injuries when colleagues used him as a ‘human...