France bans hydroxychloroquine as a treatment for Covid-19 patients

By Reuters and Chris Pleasance for MailOnline

France has cancelled a decree allowing hydroxychloroquine to be used as a treatment for coronavirus after studies showed it increased death rates in patients.

It comes after the country’s health minister Olivier Véran ordered a review into the drug in light of the new studies.

On Tuesday doctors were told not to use the drug outside of clinical trials, shortly before its use was suspended even within trials.

Now, the country has formally withdrawn a decree allowing its use on coronavirus patients in any setting.

It also comes after Donald Trump claimed to be taking the drug in order to stop himself catching the disease.

The US President said he had been taking it for around two weeks after having a conversation about the risks with his doctor.

On Wednesday last week he said he would finish taking the medication in ‘a couple of days’.

He had previously encouraged people to take the unproven remedy, saying ‘what do you have to lose?’

The medication is typically used to treat malaria and lupus and accumulates in the lungs, leading medics to suspect it could be used for coronavirus. 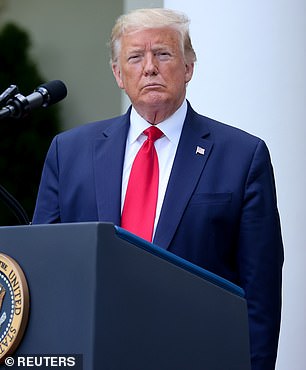 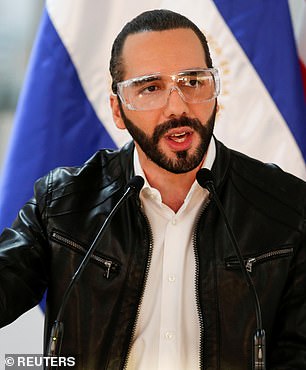 Donald Trump (left) and Nayib Bukele (right), the president of El Salvador, have both claimed to be taking the drug in order to protect against the disease

However, a study in the British medical journey The Lancet published last week found patients taking the drug had increased mortality rates and higher frequency of irregular heartbeats.

Earlier this week, the World Health Organization said it was pausing a large trial of the malaria drug due to safety concerns.

However, doctors have questioned the value of Professor Raoult’s study, saying it was poorly designed and based on too small a sample to offer evidence of benefit.

The move comes on the same day that the President of El Salvador, Nayib Bukele, revealed he is taking the drug and claimed ‘most’ world leaders are also using it as a preventative measure.

The Voice: Contestants have ‘little to NO access’ to their celebrity coaches

MARKET REPORT: Shares on the move as housing freeze thaws

I admit it, I feel queasy about the State having a claim on my...

Girl, 11, goes missing ‘in the company of a teenage boy’ in Sussex

The Voice: Contestants have ‘little to NO access’ to their celebrity...