He’s set to take centre stage with an episode showing the challenges of his hearing loss.

And things look set to go from bad to worse for EastEnders‘ Ben Mitchell on Monday night, as his job with dad Phil goes disastrously wrong.

The pair find themselves in mortal danger when gangster Danny pulls out a gun, hinting perhaps they’ve finally gone too far.

Scary: EastEnders’ Phil and Ben Mitchell’s latest job will take a disastrous turn on Monday, as they find themselves at the mercy of gangster Danny

In the episode, Ben is originally barred from the job by dad Phil, due to both his hearing problems and his revelation he’s bought a gun.

Ben will take centre stage in the episode as viewers see everything from his perspective, with subtitles, muffled sounds and muted parts to show how he struggles with his hearing loss.

In typical soap fashion, Ben and Phil’s job takes a disastrous turn leading to Danny threatening them with a fun. 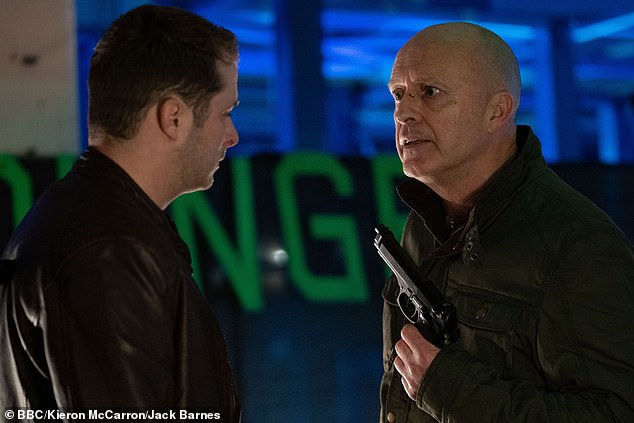 At odds: The pair find themselves in mortal danger when gangster Danny pulls out a gun, hinting perhaps they’ve finally gone too far

It remains to be seen whether the father-son duo will make it through their latest scrap.

EastEnders filming has been halted since March due to the coronavirus pandemic, but last month BBC bosses confirmed that they hope to resume production in the coming weeks.

Charlotte Moore, the broadcaster’s director of content, said EastEnders would be up and running again within weeks, along with Top Gear, with limited crew members and cast asked to do their own hair and makeup. 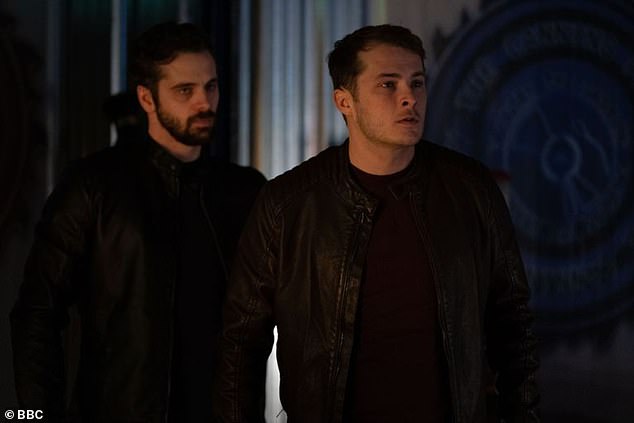 Drama: Ben will take centre stage in the episode as viewers see everything from his perspective, to document his struggles with hearing loss

Moore told The Telegraph: ‘We’ve been looking carefully at how we can safely put some of our shows back into production, and I’m pleased to announce that we plan to begin filming again on both EastEnders and Top Gear by the end of June.

She added: ‘Of course, we will work within Government guidelines. Crews will be strictly limited. Cast members will do their own hair and make-up.

‘Social distancing will be in place.’

EastEnders continues tonight at 8:10pm on BBC One. 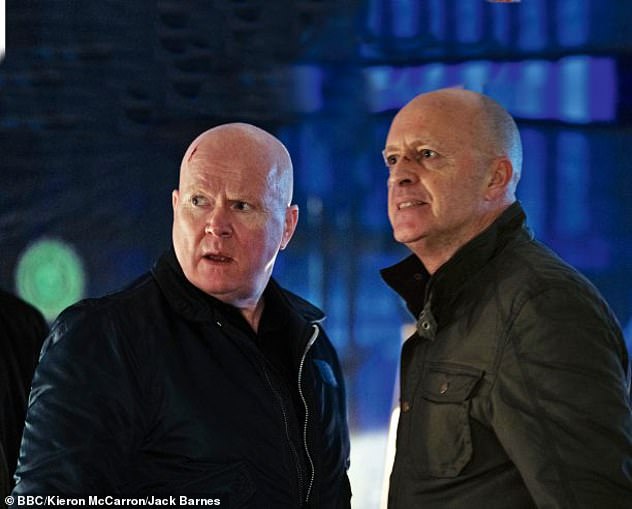 Back soon: EastEnders continues tonight at 8:10pm on BBC One

County lines kingpin caught him throwing crack cocaine worth £8,000 down the toilet in police raid

Samantha Harris reveals she’s been called ‘a token Aboriginal model’ as she speaks out...