A man has been arrested in central Melbourne after a specialist bomb squad descended on the CBD.

In dramatic scenes, workers watched in terror as a man was dragged from a car by heavily-armed police.

The man was seen climbing on the roof of the silver sedan and was shouting ‘for about five minutes’ in front of terrified shoppers.

He was then allegedly seen revving the car and spinning it around, as as thousands of workers made their way around the city.

The public have been told to avoid the area as officers search the vehicle, which was on the corner of Flinders Street and William Street just after lunchtime. 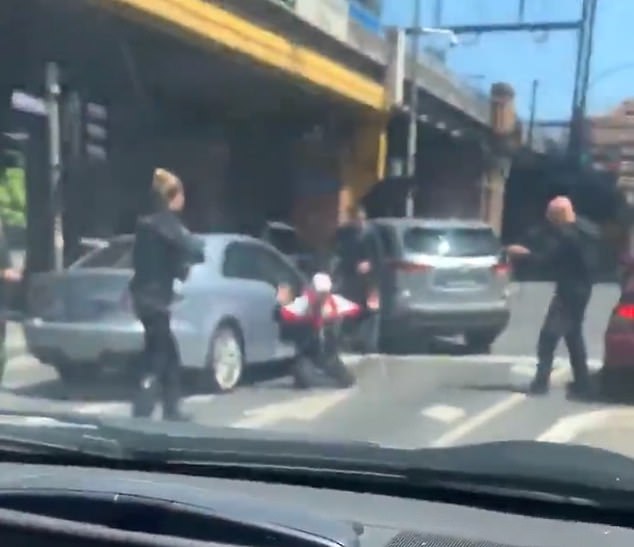 The public have been told to avoid the area as officers search the vehicle, which was on the corner of Flinders Street and William Street just after lunchtime. Pictured: The man is arrested by police 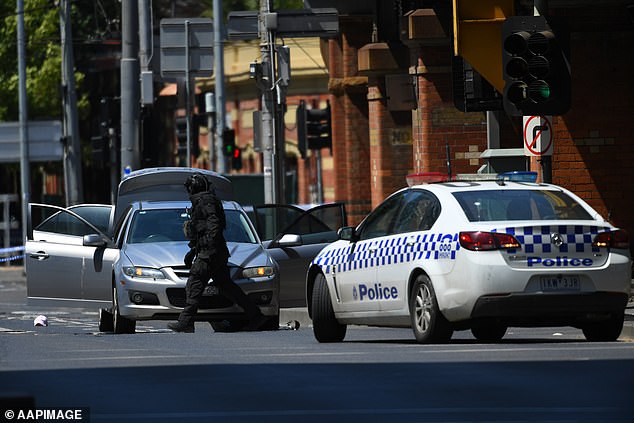 Officers, including members of the Special Operations Group, have closed down the area, with offices in lockdown.

Dozens of police officers were scrambled to the scene on Wednesday afternoon in more than 10 emergency vehicles.

One witness, Heba Teryaki, told the Herald Sun he saw the man acting erratically, and had climbed on the roof of his car.

‘I was really scared, frightened,’ she said.

‘I thought dead set I was going to die.’

An exclusion zone has been set up in Melbourne’s CBD between Kings Street spreading to the north side of the Queens Bridge. 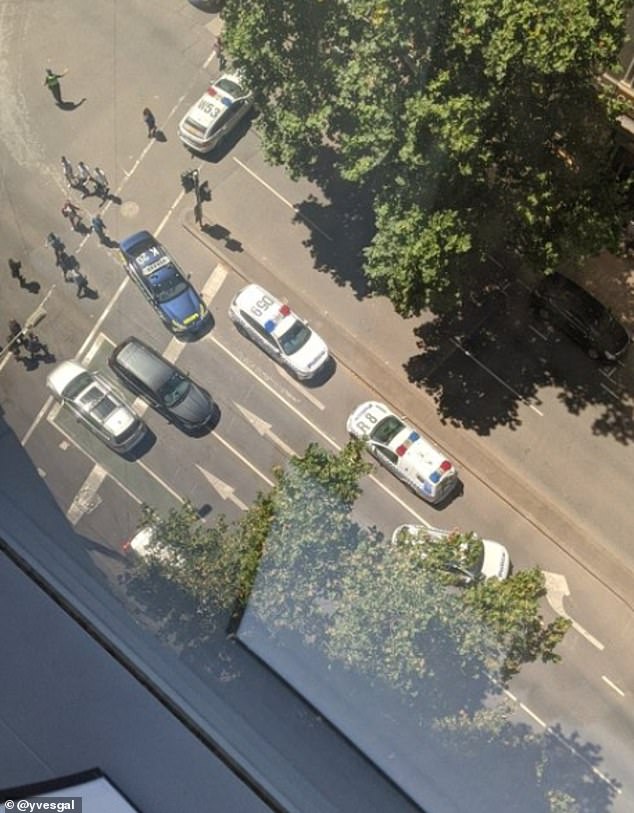 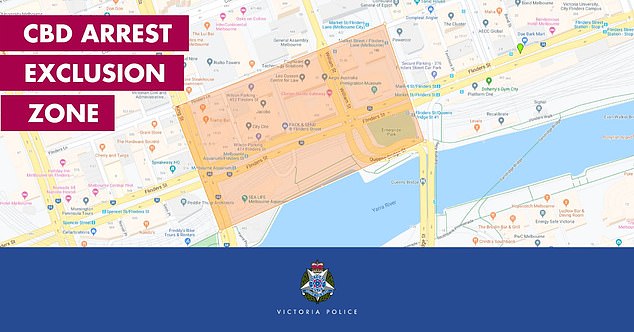 ‘Due to an incident at Flinders and Williams Streets, Melbourne, a number of streets have been closed. We are asking everyone to avoid the area,’ a police spokesman said.

‘Further information will be provided once we have an update.’

The incident is likely to cause commuter chaos on Wednesday afternoon, with a number of roads closed and trams also affected.

As of 3pm, the car was still sat at the intersection with the bonnet open.

Investigators area appealing for any pictures of video footage of the incident be sent to Victoria Police.

Witness Campbell Jabs told the Herald Sun he saw the dramatic moment police dragged the man from the car. 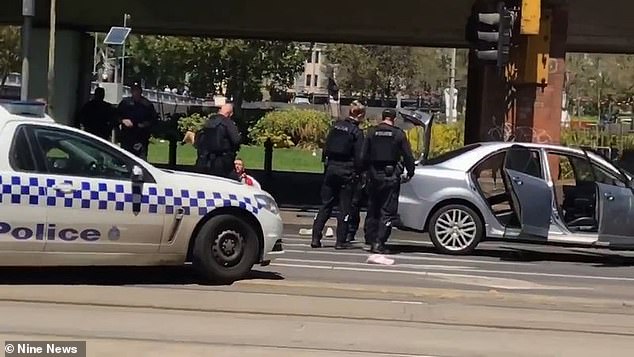 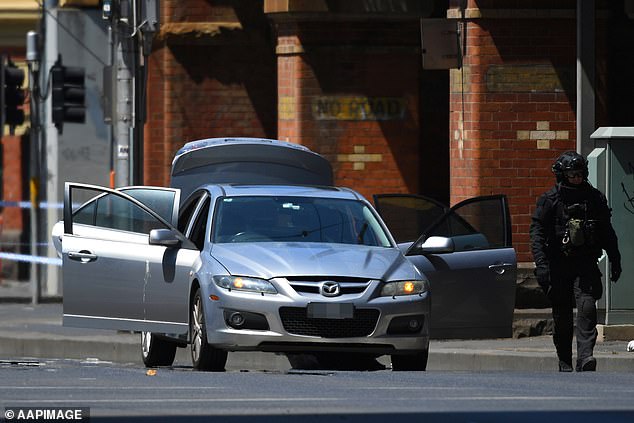 ‘There was about six police cars and about three grey response cars who jumped out, they had guns drawn,’ he explained.

‘I was like “s*** this is real”. It happened in a flash. He opens the car and drags the guy out, putting the cable tie around him.

‘Then there were another six cops that jumped out. It was really serious. To have that many with guns drawn, it was really weird.’

The scene was reminiscent of the Bourke Street rampage of January 17, during which James Gargasoulas ran down and killed six people – including a baby boy and a young girl. 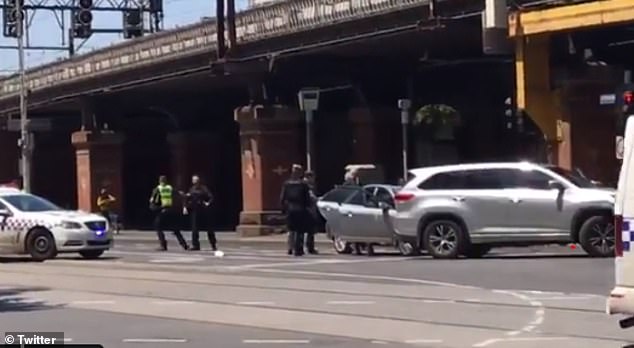 ‘He got caught. OBAMAGATE!’ Donald Trump steps up his attacks on his predecessor

French singer who was accused of sending sexual messages to teens jokes about girlfriend...

Runaway pig leads police officers on a 45-minute pursuit before finally being captured in...

People are moved to tears after reading letters written by children...

Will Young reveals he has been planting trees and irises on...

The Bachelor’s Locky Gilbert goes skydiving after toning down his adventurous...

Ariel Winter and her boyfriend Luke Benward start moving out of...