A Christian minister who wrote the 1980s disco classic So Macho has won a religious discrimination claim after he was shunned by a colleague for comparing homosexuality with paedophilia.

Reverend George Hargreaves, 62, claimed he was discriminated against by his colleague Elizabeth Akano who shunned him at work after being outraged at his remark.

Ms Akano was left stunned after she commented that ‘people are born gay’ and Rev Hargreaves replied ‘paedophiles make the same argument’.

But a tribunal has found that by ostracising Mr Hargreaves and ‘sending him to Coventry’ she was unfairly targeting the pastor – who has regularly appeared on TV because of his beliefs. 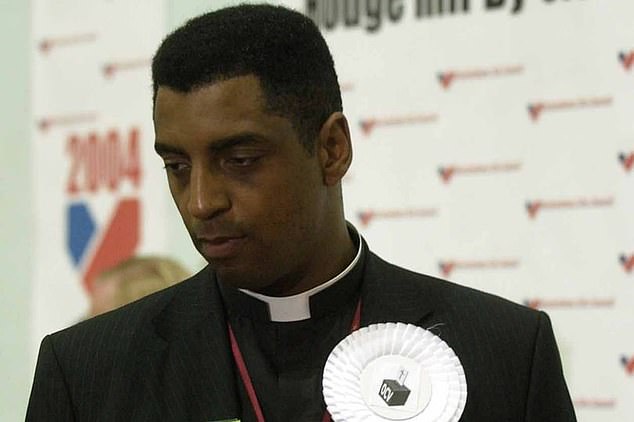 Reverend George Hargreaves (pictured), 62, won the religious discrimination claim after he was shunned by his colleague while they were both working at a homeless charity in South Kensington, London 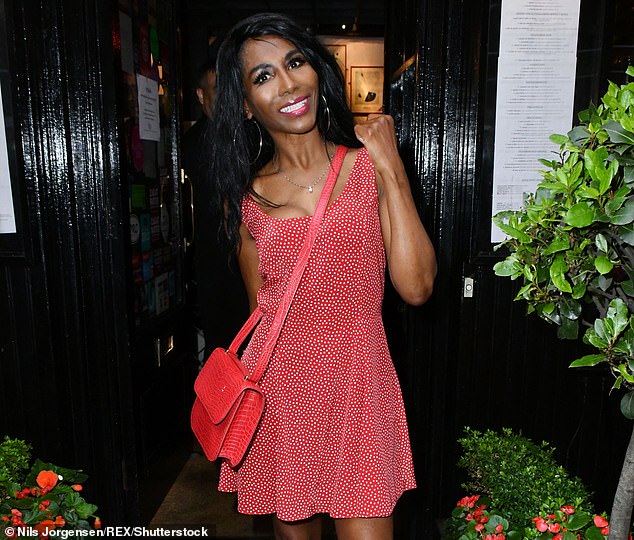 In the 1980s, the Oxford educated pastor, who went into politics in 2004, wrote songs for the pop star Sinitta

In the 1980s, Oxford educated Rev Hargreaves wrote songs for the pop star Sinitta, including hits such as ‘So Macho’, ‘Feels Like The First Time’ and ‘Cruising’.

Later, he went into politics and in 2004 founded the Christian Party, a right-wing political party which opposed homosexuality. He retired from public life in 2010.

The employment tribunal heard that in January 2019 he and Ms Akano were both working at homeless charity Evolve Housing + Support in South Kensington, London, when the reverend made the comparison.

‘(He) went on to state that even if people are born with a condition, that does not put it beyond God’s ability to change or ”heal” it.

Rev Hargreaves argued that by saying the words, he was not alleging or suggesting that homosexuals are paedophiles.

‘He did not consider that the comment would be offensive, or what he said was rude,’ the panel added.

It was also heard Rev Hargreaves said ‘from a biblical perspective, one starts from the assumption that ‘man is born in sin and shaped in iniquity’.

However Ms Akano – who is in her mid 20s – went away and was later ‘shocked’ having researched Rev Hargreaves’ religious views on homosexuality.

She then purposefully ignored him at work and told him ‘she does not respect him’- causing him to lodge a complaint as it created a ‘humiliating’ environment’. 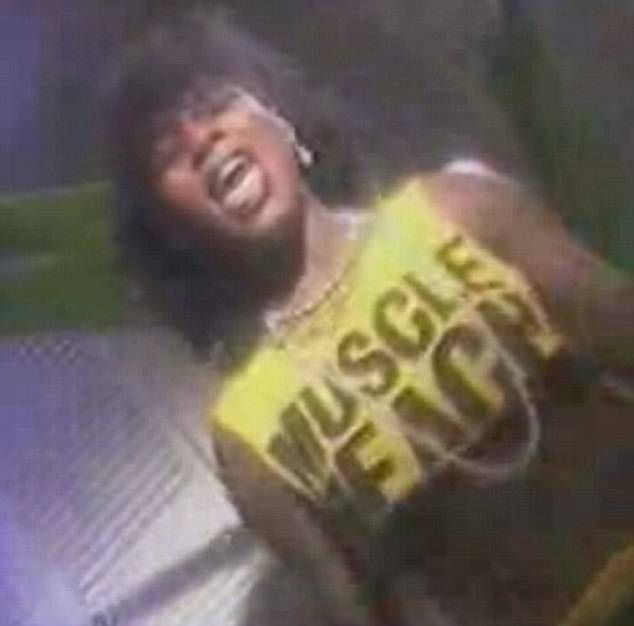 The reverend wrote hits such as ‘So Macho’ (pictured is pop star Sinitta in the disco anthem), ‘Feels Like The First Time’ and ‘Cruising’

Ms Akano also claimed his comments amounted to homophobia, however neither were upheld by Evolve and Rev Hargreaves appealed.

During the appeal, he argued: ‘It is reasonable for me to say, in response to Liz and anyone who says that ”people are born gay”, that paedophiles would also say that they were born that way.

‘This is my standard response to the argument about people being born as homosexual. It is not illegal to put the two words in the same sentence.’

Later, when being questioned by area manager Jon Deakin, Rev Hargreaves became ‘upset’ when he was asked about his membership of the Scottish Christian Party despite being warned not to as it was said to be irrelevant.

At London Central Tribunal Centre, Judge Andrew James ruled that Rev Hargreaves was harassed and discriminated against on grounds of his religious beliefs because he was ignored by Ms Akano and inappropriately questioned by Mr Deakin.

However, Judge James said his comparison of homosexuality to paedophilia was an ‘argument rather than belief’, and was likely to cause offence and could even have amounted to harassment in itself.

He said: ‘This case raises extremely difficult questions about the balancing of legal rights to freedom of speech, freedom of expression, religious belief and sexual orientation.

‘Balancing those rights is not easy and navigating between them can result in employers walking something of a legal tightrope.’

‘Many people however, whatever their sexual orientation, who do not share the claimant’s deeply held and genuine religious beliefs, would find the use of those words in that context to be offensive. Ms Akano found them offensive, as did Mr Deakin.

‘The members of this tribunal understand why they would do so. Indeed, making such a remark in a work context could well amount to harassment related to sexual orientation.’

He added: ‘The claimant’s religious beliefs do not require him to express himself in a way which draws an apparent comparison between paedophiles and the gay community.

‘Such comparisons have been drawn in the past, to the detriment of the gay community.

‘It was not so long ago that employees could justify dismissing gay employees on the basis of the prevailing view at the time that gay men were a potential threat to children.

”’Paedophiles also say they are born that way”. That is not a religious belief. It is an argument used by the claimant in relation to his religious beliefs which could well cause offence to others.’

The pastor, who is a regular commentator on BBC One’s Sunday Morning Live, reportedly said his So Macho hit for Sinitta was ‘for the gay scene to go mad on poppers’ and was said to have used its royalties to fund the Christian Party’s contest of seats in the UK.

However, his election campaigns across the UK and Scotland have largely been unsuccessful, achieving as little as 0.3 per cent of votes in one UK parliament election.

In 2007, he campaigned to replace the Flag of Wales with the Flag of Saint David, claiming that the red dragon was ‘nothing less than the sign of Satan’.

Plastic bag tax is set to DOUBLE: Price of a single-use carrier will rise...

PAUL THOMAS on… re-opening the pubs

Confessions of the corona-holics: our writers admit they’ve put the hic in pandemic