Rudy Giuliani’s defence of Donald Trump on Good Morning Britain descended into an explosive row with Piers Morgan today, culminating in the former mayor of New York City appearing to tell the presenter he ‘f***** up’ and Mr Morgan calling him ‘unhinged’ in return.

Mr Giuliani, who led New York City in the wake of 9/11, started his interview on GMB this morning by praising President Trump and calling for heavier charges against the police officers present when unarmed black man George Floyd died in their custody.

Tempers began to flare, however, when Mr Giuliani blasted ‘the left wing media’s’ reaction to the president’s handling of the nationwide protests and defended his use of the phrase ‘when the looting starts, the shooting starts’.

Former Mayor of New York City Rudy Giuliani was involved in a fiery exchange with Piers Morgan on Good Morning Britain, during which he appeared to tell the presenter he had ‘f***** up’ his career in America

The phrase was first uttered by former Miami police chief Walter Headley during riots in 1967. Critics say the quote has incited violence as protests rage across America.

Mr Giuliani, one of President Trump’s personal lawyers since 2018, said: ‘I’ve known him for 30 years. I know he’s a fair man who doesn’t have a racist bone in his body, you know that too. You’re going through the politically correct propaganda so you can be popular. You know he’s not a racist.

‘The president was warning them if you loot you will provoke violence. He may have picked a quote that comes 30 years ago from some nutty, horrible racist, but that isn’t what he did on purpose, you attribute it to him because the press is against him.

‘It happens to be factually correct no matter who it came from, if you start looting, people are going to start shooting, they’re going to kill people and they have killed people and you don’t cover it because you’re a bunch of phoneys.’

As Mr Giuliani battled to speak over Mr Morgan, the presenter told him he was speaking ‘claptrap,’ adding: ‘You’ve lost the plot and it’s sad to see.’

The 76-year-old Republican hit back: ‘You’re the one who got thrown off the television over here because you have ratings that are about two. 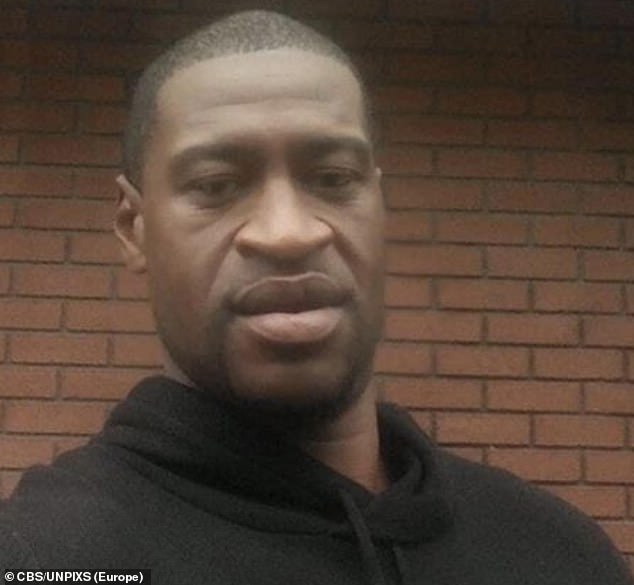 ‘So don’t tell me I’ve lost anything. I know what happened to your show Piers, I remember the mistakes you made how you f***** up.’

Mr Morgan immediately apologised for the strong language used on the morning show, but it wasn’t until the end of the interview the former Mayor of New York City denied ever saying it.

Earlier in the interview Mr Giuliani had criticised authorities in Minneapolis over their handling of the death of George Floyd.

All four police officers have been fired.

Mr Giuliani said this morning: ‘I think the Minneapolis authorities have badly mishandled this case and they should be charged with first degree murder, particularly the officer who had his knee on Mr Floyd while he was being told constantly that the man couldn’t breathe.

‘I was a prosecutor for 17 years of my life I’ve prosecuted over 70 police officers, I believe the mayor the governor and the authorities in Minneapolis have badly mishandled this case.’ 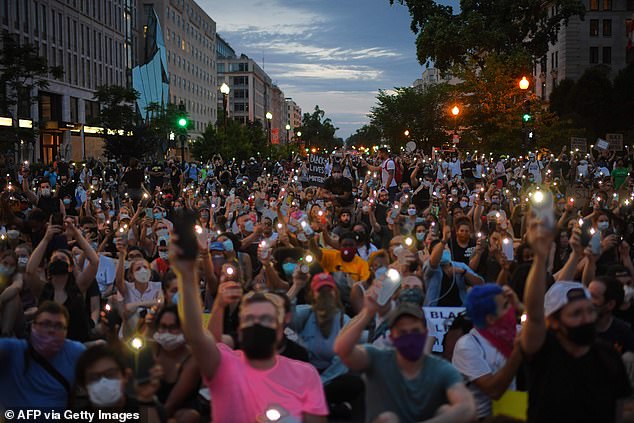 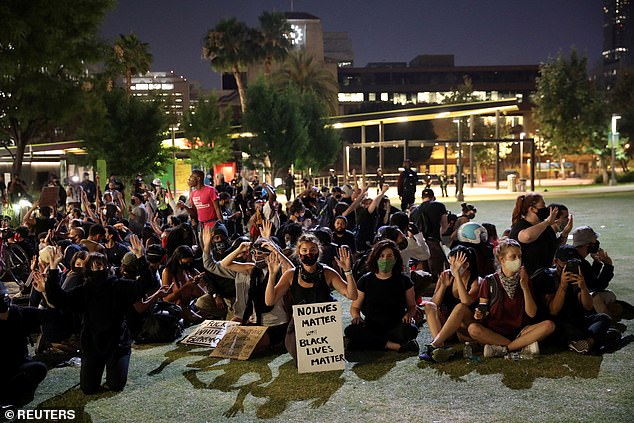 When Susanna  Reid and Piers Morgan interrupted to ask questions, Mr Giuliani said: ‘I’m up here at 1am to answer your questions, I think you would give me the courtesy of answering.

‘I know you don’t like my answers but I think you’d give me the courtesy of giving them. You have a quickly warped picture of what happened, this is constantly what is being done to President Trump by the left wing media, he has handled this really superbly, he’s had many fewer incidents than President (Barack) Obama.’

Ending his exchange with Piers Morgan, who declared the former politician ‘unhinged,’ Mr Giuliani said: ‘It was really sad to see the way your career imploded in the United States Piers.

‘If you think I have any respect for you after this, maybe you don’t care, but everyone in America knows you’re a failed journalist. You got thrown out of the job pal.’

Cafes, pubs and restaurants will be able to sell food and drink from street...

Kenosha protesters defy curfew and take to the streets on the fourth night of...

Vegan protester in a cow onesie ridiculed during a tense standoff...

Adam Sandler drives the family van to pick up groceries in...