By Alice Cachia For Mailonline

Royal Mail bosses have banned deliveries to a problem street in West Yorkshire after  after a postwoman was shot in the face on duty.

The 52-year-old was blasted by a sniper with a powerful airgun while delivering the post to Spring Bank Rise in Keighley, West Yorkshire, this week and was rushed to hospital with facial injuries.

Royal Mail bosses have taken the drastic action to suspend all future deliveries to the street amid concerns over workers’ safety, a move they described as a ‘last resort’.

They urged customers to contact the police with any information that would assist with enquiries.

Police have since arrested an 18-year-old man and youth believed to have been involved in the attack.

A Royal Mail spokesman said the company was ‘shocked and saddened to learn of this incident.

‘We are thankful that our colleague was not more seriously injured and wish her a speedy recovery.

‘We are now assisting the police with their enquiries. Royal Mail has a zero tolerance to any form of abuse against our staff.

‘As a result of this incident, all deliveries to Spring Bank Rise Keighley will be suspended with immediate effect. 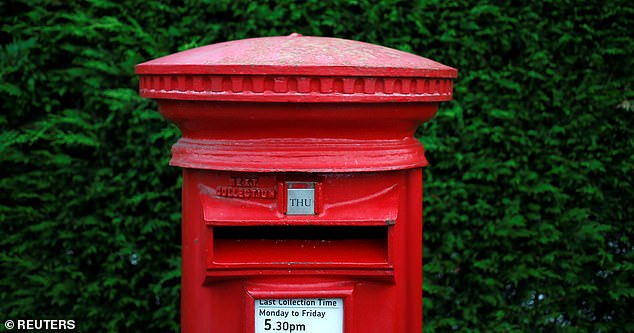 ‘Suspending deliveries is a last resort. However our first priority as an employer is to ensure the welfare and safety of our people.

‘Customers who are unable to collect mail from their local delivery office will be offered alternative arrangements until we can safely resume deliveries.

A police spokesman said: ‘The 52 year old woman was taken to hospital for treatment and CCTV enquiries have been conducted in the local area.

‘Two males, an 18 year old and a juvenile, were subsequently arrested and enquiries remain ongoing.’

BEAUTY THERAPY: Make mine a multitasker

Ever dreamed of swapping the rat race for a rural idyll? This writer did just that

Robot gorilla ‘spy’ captures the first footage of Silverbacks in Uganda singing for their...

Model suffers horrific burns after a bottle of tanning oil exploded in a freak...

U.S. says Maduro regime is linked to $165million worth of cocaine seized off Spain’s...

Jonathan Swan is the Australian journalist whose COVID-19 interview with Trump...

Love Island’s Siannise Fudge puts on a busty display in a...