Is it a bird? Is it a plane? Mystery image that looks like rain appears on weather radar over Brisbane even though skies were clear – but there’s a simple explanation

A bizarre explanation is behind the mystery appearance of a rain cloud on a weather radar – despite no predictions for a downpour in the area.

Residents in places like Toowoomba, Gatton and Mount Taramba were left baffled from conflicting images on the weather radar.

A ‘mystery rain band’ was shown hovering over the area despite no clouds in sight.

Some rain bands may be a graphic interpretation of large flocks of birds, insects or smoke.

‘This one was actually some countermeasures the air force was trying out,’ she said.

‘What they do is they release some stuff that can make their planes harder to detect, which for their purposes makes sense and they test it out from time to time.’ 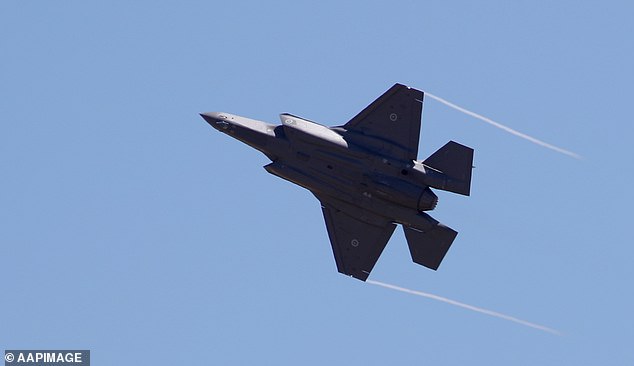 ‘This one was actually some countermeasures the air force was trying out,’ Bureau of Meteorology forecaster Rosa Hoff said as she explained the reason for the appearance of the mysterious rain band

Miami cop who was filmed sucker punching an black man outside...

Beirut port blast comes amid rising tensions between Lebanon and its...