Tony Robinson has accused the Government of manslaughter amid new analysis that revealed care home residents are on course to make up half of all deaths caused directly or indirectly by coronavirus in England.

A study warned that by the end of June the death toll from Covid-19 infections and other excess deaths would likely ‘approach 59,000 across the entire English population, of which about 34,000 (57%) will have been care home residents’.

The estimate includes those who list a care home as their main residence, wherever they died – including if they died in hospital, the Guardian reported.

It was produced by major healthcare business consultancy LaingBuisson, based on Office for National Statistics data along with the analyst’s model for the number of care home resident deaths likely to have happened without the pandemic.

He told the Mirror: ‘Care homes have been used as ghettos to get people out of hospitals, so we have had a mini epidemic.

‘Thousands of elderly people have died who shouldn’t have died and that is kind of manslaughter really.

‘It happened due to inactivity when the facts were on every government’s ministers’ desks.

‘We’ve just got to make sure this doesn’t happen again. The lobby still has to be there.’

A quarter of people who have died with Covid-19 have dementia – a condition affecting more than 70 per cent of care home residents.

Sir Tony, who is an ambassador for Alzheimer’s Society, said that for those who are confused, the idea of suddenly not being able to see their relatives was ‘just terrible’.

The actor is helping raise money for the group after donations plummeted following the outbreak of coronavirus.

Sir Tony said Alzheimer’s was ‘[his] life’ for much of those years, outside of his children and his job.

His remarks come as concerns are raised over failure to protect care homes early on in the coronavirus outbreak.

Senior figures in the care industry have highlighted the decision to move some hospital patients back to care homes in March. 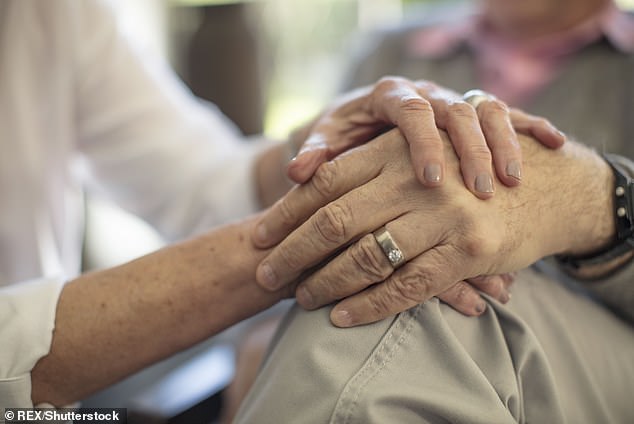 It has been claimed the inability to get non-coronavirus healthcare amid the pandemic has led to extra deaths.

Last week it emerged that in February Public Health England warned against discharging elderly people from hospitals into care homes if there was a high chance of spreading the virus.

But a letter sent to care providers from NHS England and the government ordered the ‘safe and rapid discharge of those people who no longer need to be in a hospital bed’.

NHS England data shows 25,060 patients had been moved to care homes from hospitals between March 17 and the middle of April – when the guidance was officially changed to make sure testing was being carried out.

Author of the new analysis William Laing told the Guardian he believed a series of failings were behind the amount of excess deaths.

He said: ‘At the peak of the crisis, there were widespread reports of normal medical support simply being removed from care homes.

‘Ambulances would not turn up to take emergencies to hospital, since capacity had to be kept clear for Covid cases.

‘In-person GP house calls were replaced with occasional telephone calls. In the absence of any expectation of active medical support, care home residents were encouraged to consider what instructions they should give in the case of serious illness from whatever cause, with many opting for DNR (Do Not Resuscitate).’

He added that care homes had been asked by NHS Trusts to accept discharges without knowing ‘the coronavirus status’ of the patients.

Dying woman hugs her sister after she was granted exemption to fly to Australia...

British volunteer, 35, is marooned on a snake-infested island for TWO...