It has been a defining image of the year, but the moment a guard of honour flanked national hero Captain – soon to be Sir – Tom Moore’s 100th lap of his Bedfordshire garden was nearly sabotaged by the health-and-safety police.

Emails released by the Ministry of Defence reveal that numbskull officials feared the heartwarming images of soldiers lining his route might be criticised because of the possibility of social-distancing rules being broken.

The issue became so hot that it was dealt with by the second most important figure in the British Army, Lieutenant General Chris Tickell, Deputy Chief of the General Staff.

He announced he was ‘happy… as long as we follow all Government/Public Health England guidance’, and concluded that ‘honouring a veteran who has raised £6 million for charities in this crisis qualifies as essential’.

An eager Government press officer responded: ‘This might be one of “the” stories of the year… We can’t see anyone criticising us for this.’

Even the Army’s head of military strategic planning, Brigadier Zac Stenning, was dragged in, writing: ‘We have been tracking Tom Moore. What an amazing hero.’

The commander of the 1st Battalion The Yorkshire Regiment, whose name was redacted in the emails, said his team was ready to form the guard.

But the crack military planners forgot some key details. ‘The two critical bits of information that we are missing are a) his address and b) when you want us there,’ the officer added.

But no such worries for the men themselves.

Between them, Philip Hammond, George Osborne and Alistair Darling have 16 jobs. 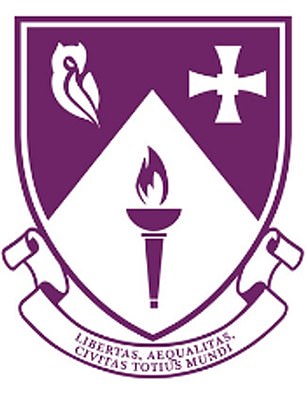 Although I’m surprised the word ‘Imperial’ hasn’t offended them, too.

Meanwhile, at Durham’s University’s new South College, Principal Tim Luckhurst, an anti-woke warrior, has devised a college crest with a specific reference to freedom of speech.

My man in the mountains gets in touch to tell of an excellent initiative from the Swiss authorities.

Their equivalent of the P60 end-of-year tax statement includes a breakdown of how many days of work it would take employees to cover their tax bill before keeping the rest for themselves.

In 2012, the Tories legislated to have the scale of Government spending and size of the welfare bill printed on the back of P60s after a brilliant campaign by former MP Ben Gummer.

Perhaps the Chancellor should also take up this Alpine inspiration?

A curious donation to Boris Johnson appeared in the Commons anti-sleaze register: a £750 hamper.

The generous donor, Dr Ashraf Chohan, who made his money in private care homes, has been on quite a political journey.

Last year, he set up Medics For Labour but then defected to form the Conservative Friends Of The NHS.

And it’s not the first time Dr Chohan has dipped into his pocket for a PM. I

In 2012, he bought a London townhouse in Marylebone from Tony Blair for £1.3 million.

Congratulation to Scottish Tory David Duguid who was given the junior Minister for Paper Clips role at the Scotland Office following the resignation of Douglas Ross over the Dominic Cummings saga.

However, cruel colleagues have pointed out he was not top of the replacement list and other Scottish Tories turned down the job to focus on their ultra-marginal seats.

Most of the world’s 58,000 biggest dams are crumbling, report warns

BANANARAMA: Peeling back the years. From number-one hits and that shock split to naked bodyguards

Second Briton to be given a vaccination is William Shakespeare, 81, from Warwickshire

Nearly 2,000 doses of Moderna vaccine are spoiled after cleaner accidentally...

Most of the world’s 58,000 biggest dams are crumbling, report warns

JANET STREET-PORTER: Frankly, my dear, I don’t give a damn how...

Bachelor star Paige Royal says that Locky may have chosen her...