EastEnders are reportedly set to go off air on June 16, having aired all their episodes before production shut down.

An insider said talks about when the cast and crew will return are still ‘ongoing’.

Charlotte Moore, the broadcaster’s director of content, said last month that EastEnders would be up and running again within weeks.

Writing in The Telegraph, she said: ‘We’ve been looking carefully at how we can safely put some of our shows back into production, and I’m pleased to announce that we plan to begin filming again on both EastEnders and Top Gear by the end of June.’

Actor Scott Maslen, who plays Jack Branning on the soap, admitted in May that he was still waiting to hear when production would resume.

Builders were pictured getting to work on the new £87million set in Elstree Studios, London last week.

Filming again: EastEnders are set to go off air on June 16, having aired all their episodes before production shut down and will resume filming next month (Steve McFadden pictured)

Emmerdale has already started filming again, with a small cast and crew returning to production in late May.

The soap has begun a phased return in order to minimise risk of infection at the studio while the outdoor set has been revamped.

New safety measures have been put in place at ITV studios including medical screening, safe-distance queuing and ambulances on set amid the coronavirus pandemic.

The channel’s Health and Safety team and medical advisers have been working closely with the government to consult on social distancing guidelines to ensure the team are working in accordance with return-to-production protocols.

ITV also revealed that they would not have any shoots on location, while scripts have been adapted to include fewer scenes and a small number of actors so that the cameras don’t need to be moved on a regular basis. 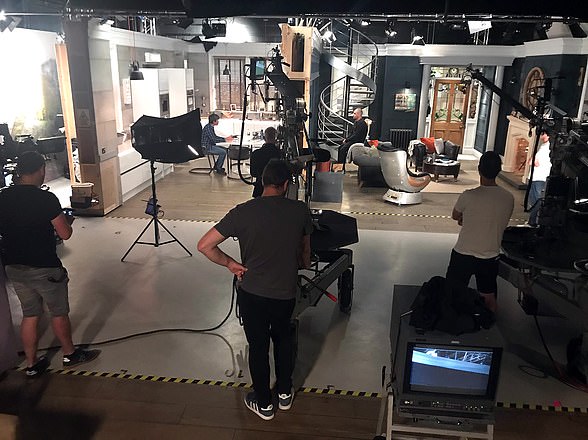 First ones back: Emmerdale has already started filming again, with a small cast and crew returning to production in late May

Some of the cast returned to set on Tuesday June 9 to produce new episodes, with a plan to make enough shows to continue airing three episodes a week to ensure the soap remains on-screen in July.

ITV bosses also confirmed that older cast members will be kept at home during the first few weeks of filming, with star Andy Whyment revealing that kissing scenes will be banned in accordance with new social distancing measures.

Coronation Street bosses confirmed that the soap’s production team began a health and safety induction to familiarise themselves with the new protocols that are now in place throughout the studios and on set.

Crew have also begun preparations to ensure filming will resume as scheduled at the studios in Manchester. 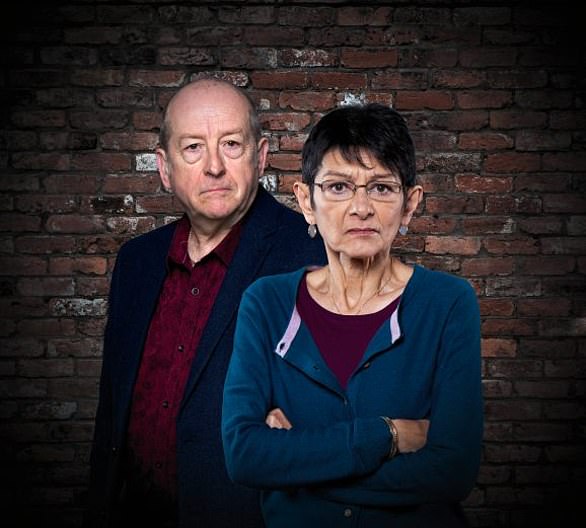 Hollyoaks bosses have announced production crew will return to the set in Liverpool this week and filming will resume in full from July.

Production of the soap was stopped at the end of March just before the UK went into lockdown in response to the coronavirus pandemic.

The Channel 4 show, which is currently airing two nights a week, will then increase its output to four episodes a week from September with an aim to return to its full five episodes a week in 2021. 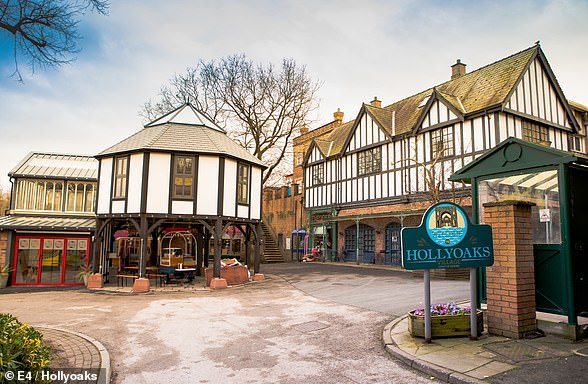 New beginning: Hollyoaks bosses have announced they will start filming again this week in Liverpool and will fully return to set in July

The Metro, Panda and Astra are now 40-year-old classics

Guess who! Hollywood star thrills fans as she shares a throwback picture of herself...

Bricklayer hospitalised after Rome holiday in September 2019 says he was...

Julia Garner looks full of rage as she films a scene...

Khloe Kardashian flaunts her curves in new activewear while on set...