By Deirdre Simonds For Dailymail.com

Mariah Carey celebrated Juneteenth with her nine-year-old twins Monroe and Moroccan at a barbeque on Friday night in New York City.

The five-time Grammy winner looked radiant as she posed next to her adorable little ones on the nationally celebrated commemoration of the ending to slavery in the United States.

‘At our virtual BBQ last night, celebrating #Juneteenth,’ the 50-year-old Bye Bye hitmaker tweeted on Saturday with a heart and fist emoji.

Beaming: Mariah Carey celebrated Juneteenth with her nine-year-old twins Monroe and Moroccan at a ‘virtual BBQ’ on Friday night in New York City

In the adorable snap, her mini-me daughter held up one of the family’s pups in front of a panoramic view of the city’s towering skyscrapers.

The duo, who were nicknamed ‘Roc’ and ‘Roe’ by Carey and her ex-husband Nick Cannon, snuggled up to their mom and posed next to pals, who appeared on a screen. 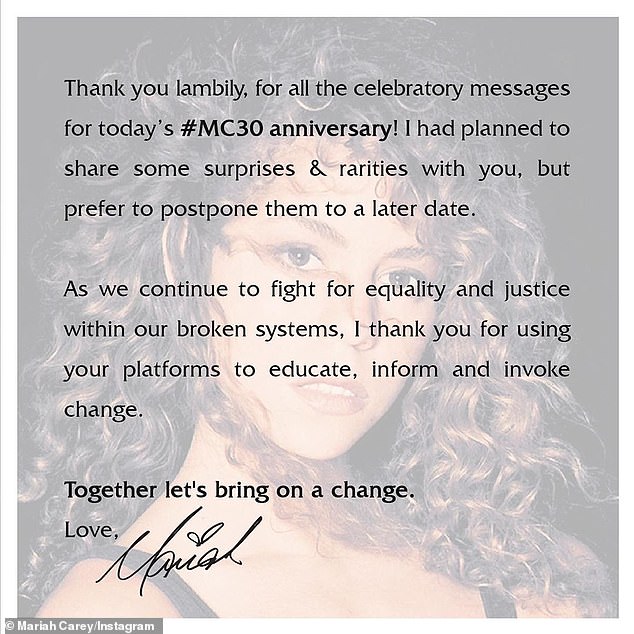 Focusing on justice: Last week, the musical icon announced her plans to postpone her celebrations of her self-titled debut album turning 30

‘Thank you lambily, for all the celebratory messages for today’s #MC30 anniversary,’ she wrote on Instagram. ‘I had planned to share some surprises and rarities with you, but prefer to postpone them to a later date.’

Instead, she urged fans to ‘fight for equality and justice within our broken systems’ at this time, instead. 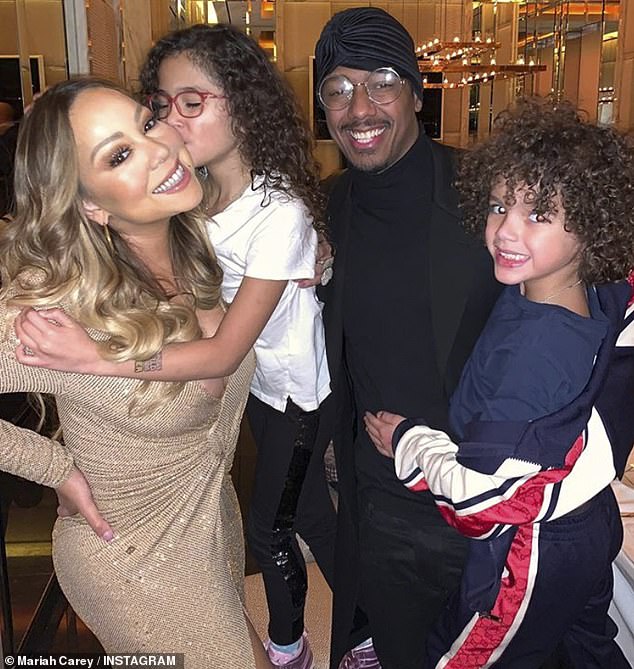 Happy family: Nick Cannon shares her son Moroccan and daughter Monroe with Carey, 50, to whom he was married from 2008 to 2016

The issue of police brutality hits particularly close to home for the singer, as her ex-husband recently revealed he had to speak to their twins about how to stay safe around law enforcement.

‘My children fear police. It’s a real statement. I didn’t say, ‘You should be.’ I try to teach fearlessness. I try to teach, ‘You have a power within you that you need to fear nothing,” the 39-year-old told Access earlier this month.

He continued: ‘But when they see the energy of law enforcement when, ‘Uh oh, here comes the police’ or that mindset of, ‘Sit up straight, and don’t talk, keep your hands where they can see them.’ 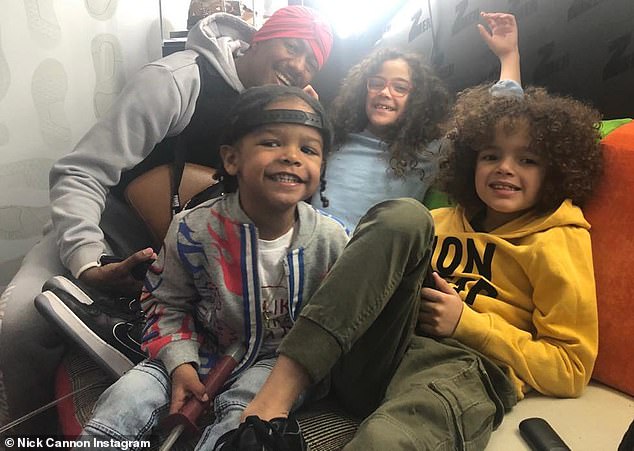 ‘Fear police’: Nick Cannon recently revealed that his three children (including three-year-old son Golden with ex-girlfriend Brittany Bell) ‘fear police,’ and that he has to teach them how to stay safe around law enforcement

The Masked Singer host added: ‘It’s hurtful to have those conversations with your children, but you want to protect them at the end of the day.’

Cannon is also the father to three-year-old Golden, whom he shares with ex-girlfriend Brittany Bell, 32.

Cannon joined the Black Lives Matter protest last Friday at the location where Floyd was killed just four days before on May 25, while Carey has been using her social media platforms to spread awareness.

Heartbroken mother of Archie Lyndhurst, 19, pays tribute to her son

‘I’ve known him for years’: Ferne McCann reveals her boyfriend Jack Padgett is an ‘old flame’

A quarter of teenagers have self-harmed and one in 15 have attempted suicide, a...

Ex-boyfriend, 50, harassed 45-year-old teacher he met on Plenty of Fish with gifts and...

School is forced to SHUT after travellers in six caravans set up camp in...

Donald Trump campaigns in Florida as poll shows him and Joe...