Well, it IS the thought that counts! Dads share snaps of their funny Father’s Day gifts – including a tin foil trophy and a VERY questionably shaped card

By Emily Webber For Mailonline

Father’s Day is a time for children to show their dads how much they love them – and these youngsters clearly adore theirs.

Proud fathers from across the UK have taken to Twitter to share snaps of the funny gifts and homemade cards they have received this morning.

From a lump of rock, to cleverly amending a Happy Birthday card, these pictures compiled by FEMAIL will show how it really is the thought that counts!

Truck driver, Craig, from Carlisle, Cumbria, received a rock and a Happy Birthday card made into a Father’s Day card from his children. The father joked his children would receive ‘coal for Christmas’ in return 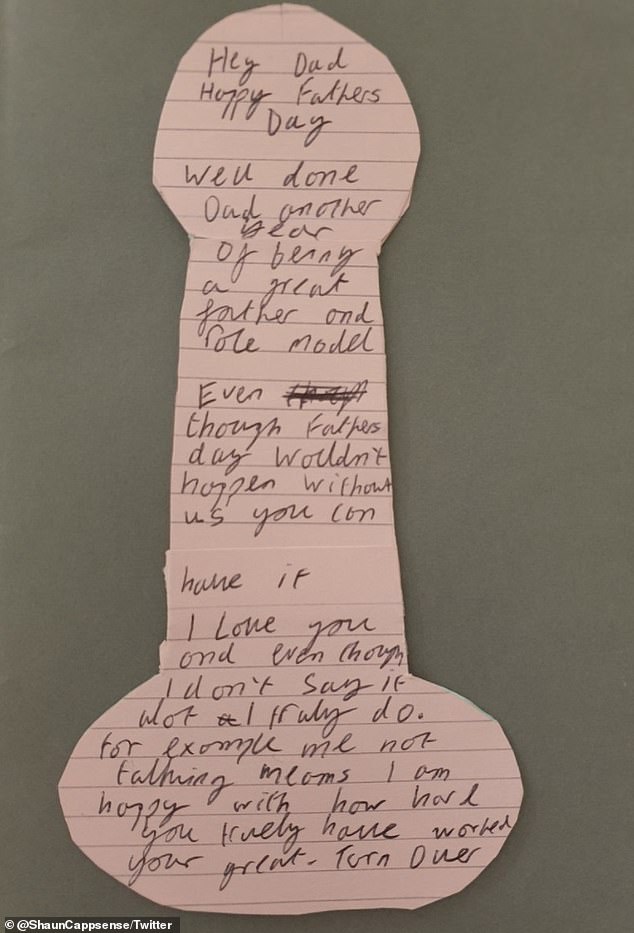 Architect Shaun Cartwright, from Warrington, shared a very questionable card from his child on Father’s Day which congratulated him on being a ‘great father’ 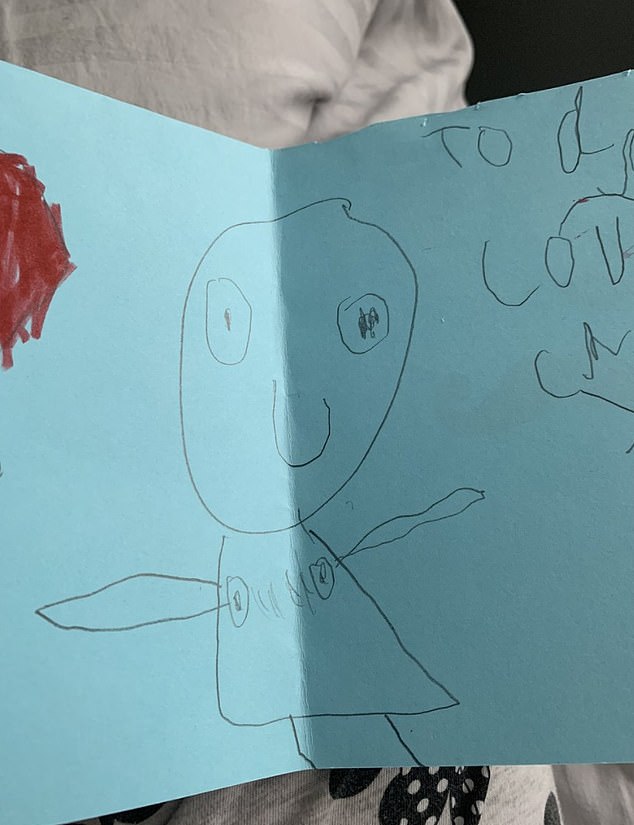 Mother-of-two Steffi Moss, from Liverpool, shared the hilarious card for her fiance Aaaron from eldest son Charlie. The card showed an interpretation of the ‘nipples and chest hair’ see on his father before he goes to bed 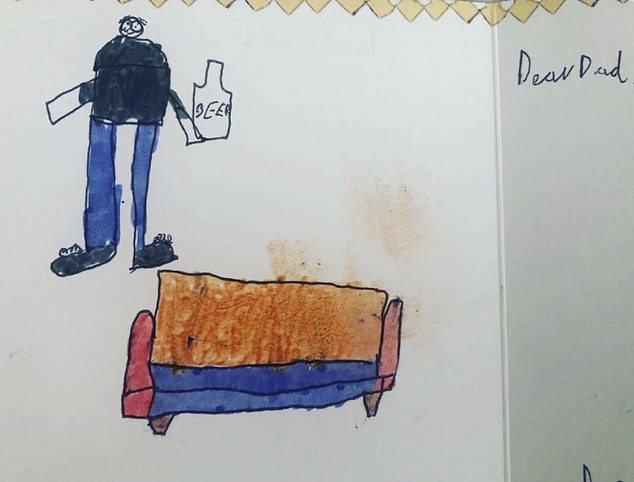 Matt, from Melton Mowbray, Leicestershire, revealed how his DIY card ‘couldn’t have made him happier’ showing him with a beer in hand near a sofa 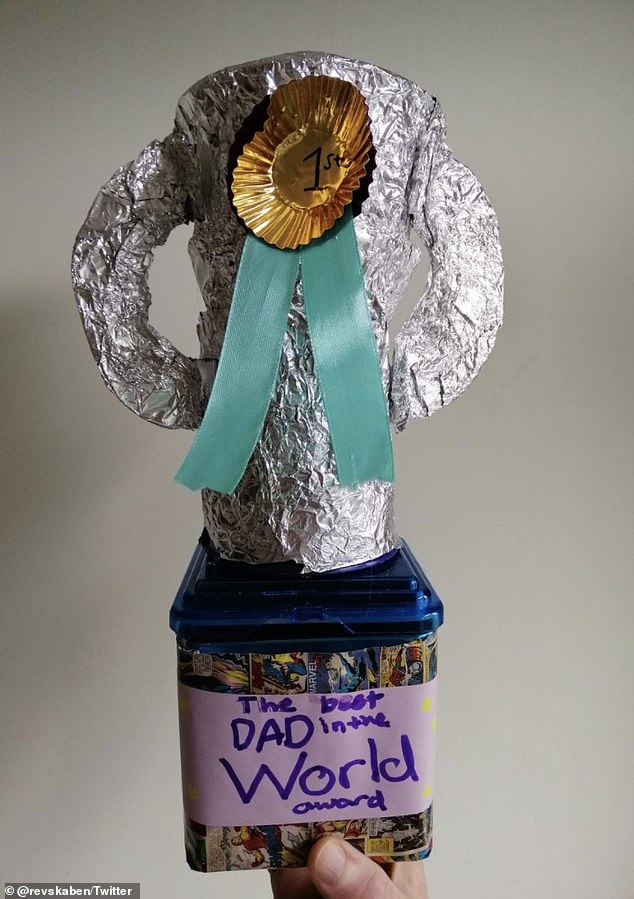 An anonymous father, from an unknown location, revealed his handmade trophy titled ‘the best dad in the world award’ and said he now has the ‘official trophy’ to prove his status 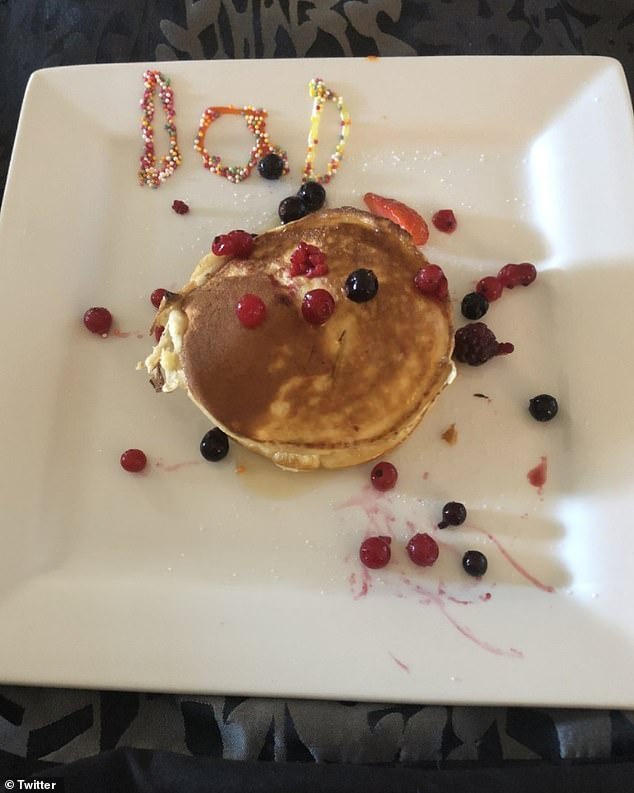 A father, from an unknown location, was greeted to a gourmet-style breakfast in bed this morning with sprinkles to spell ‘Dad’ to accompany berries and pancakes 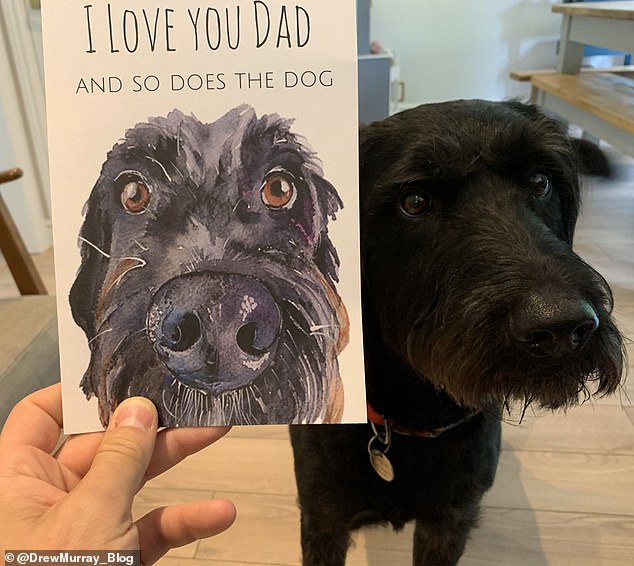 Drew Murray, from Bristol, shared his delight after receiving a card that was identical to his dog along with a ‘nice lie-in and breakfast’ and ‘couple of cheeky gifts’ from his children 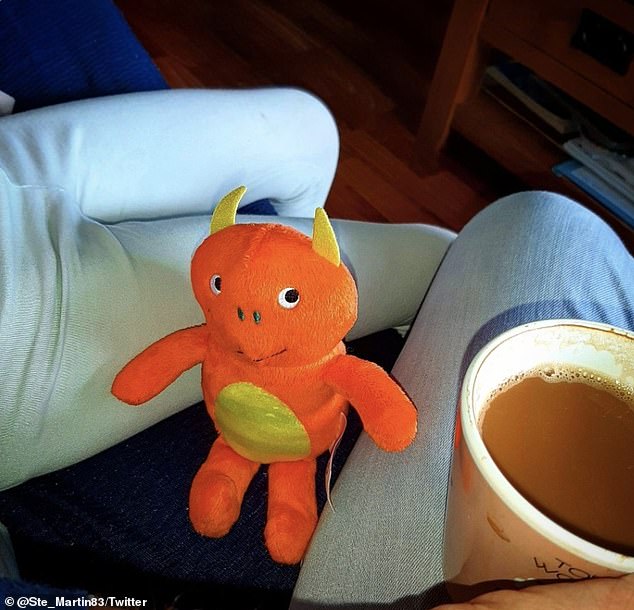 Stephen Martin, from Dublin, shared his adorable present for Father’s Day along with a coffee this morning 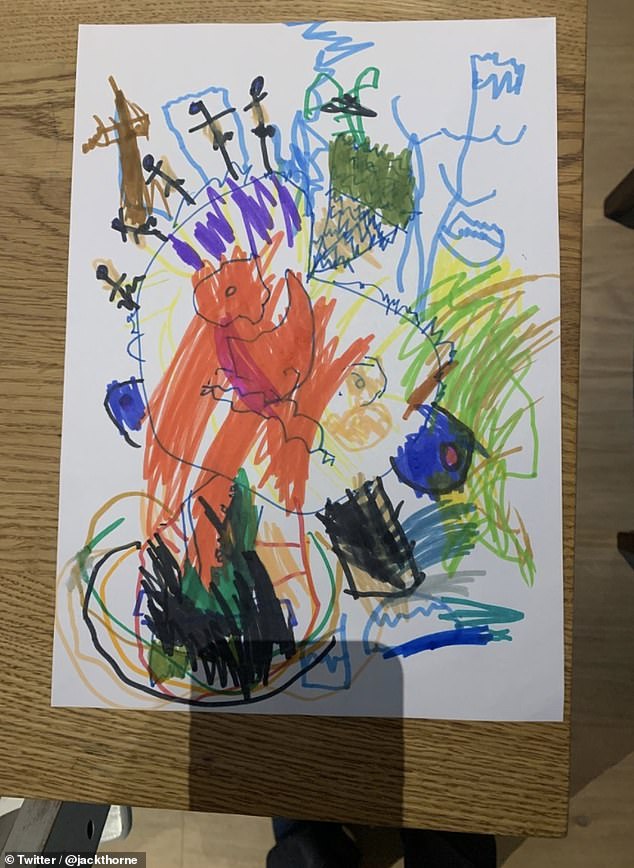 English screenwriter and playwright Jack Thorne, born in Bristol, shared his ‘Daddy Monster’ card from his children this morning which showed a wide variety of colours 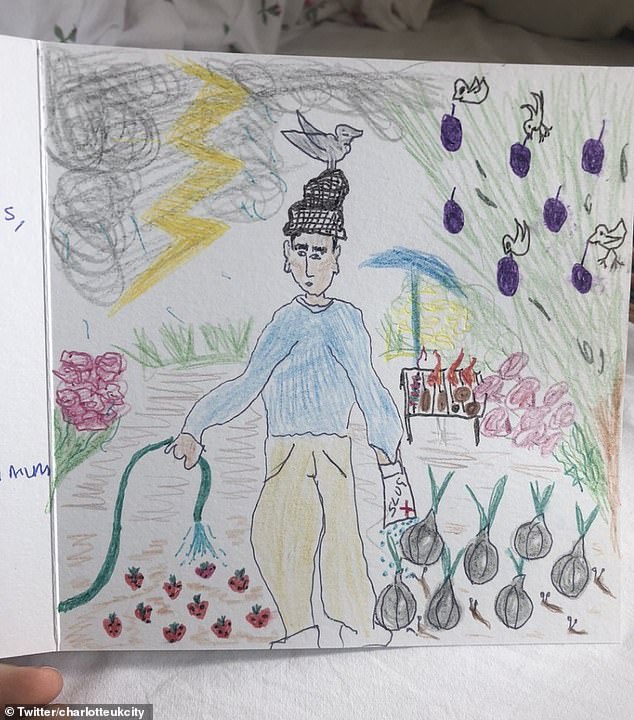 Charlotte, from London, revealed the handmade father’s day card she created showing a man gardening on his allotment. She added: ‘It’s the thought that counts right?’ 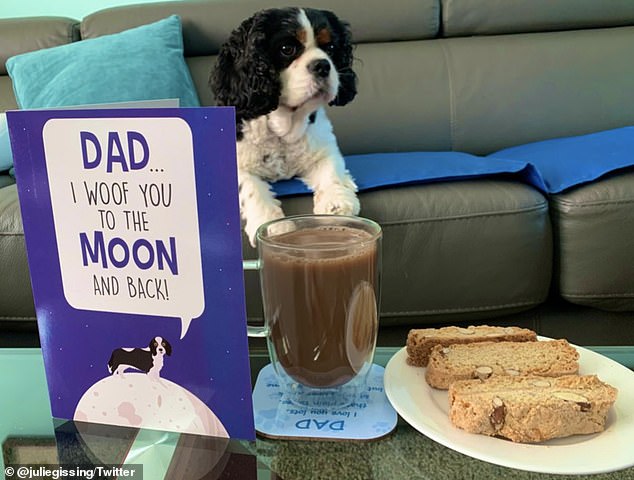 Six-year-old King Charles Spaniel Leah, from an unknown location, offered her father a hot drink and a personalised card for Father’s Day but on the custom coaster wrote ‘give the biscuits to me’ 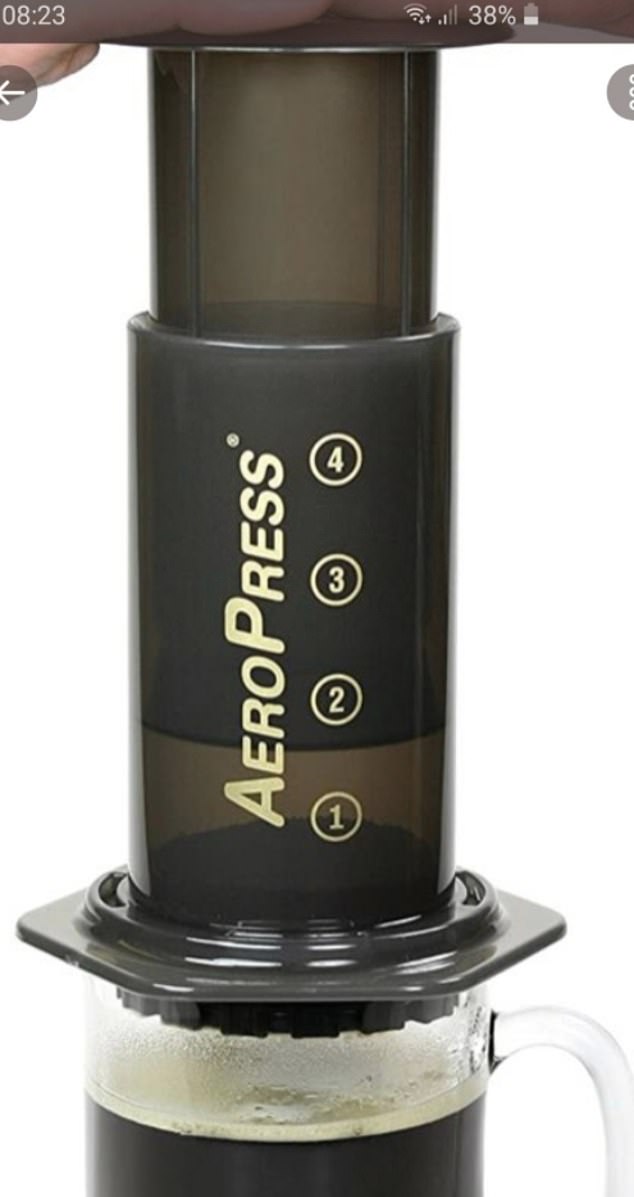 A teacher from Whitefield, Manchester, revealed how she bought this coffee machine for Father’s day which ‘went down well’ until she forgot to also buy coffee

Pictured: ‘Girlfriend accomplice’ of McCann suspect is seen for first time since being unmasked

Warning as hundreds of charities lose £3.6m to scammers during coronavirus pandemic

First wolf in a century is spotted in Normandy as the animals spread back...

Joe Biden is ahead in the six battleground states Donald Trump...

Buyers with a 10 per cent deposit have one day to...