By Zoe Zaczek and Tom Place For Daily Mail Australia

The Australian Tax Office has sent out chilling text messages warning millions of people it would be cross-checking all details that are lodged in your next tax return.

In text messages sent out on Tuesday, the ATO reminded people it could cross-check all lodged information with outside sources including your employer and bank.

Additionally, the watchdog said it would pre-fill tax returns with information obtained from various sources to make completing the application easier.

‘Tax time starts soon. We make it easier by pre-filling your tax return with information from employers, banks, health funds, and government agencies,’ it said.

‘We’ll send a message to your myGov Inbox when your pre-fill information is ready.

‘If you are lodging your own return you have until 31 October to lodge.’

It is understood the ATO has been automatically cross-checking information lodged in tax returns with other agencies for over a decade. 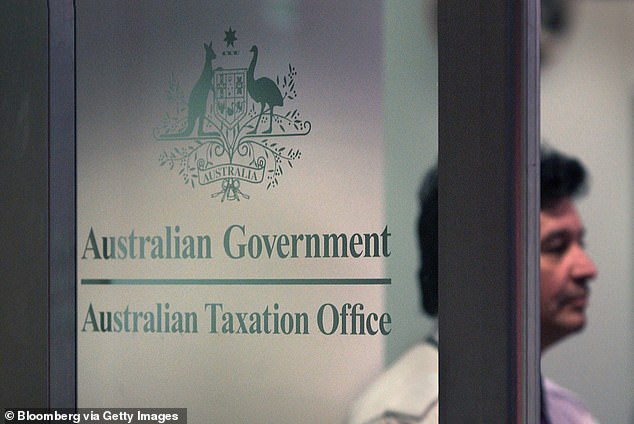 If the watchdog discovers an inconsistency, such as a tax return falsely claiming a lower income compared to other data, the person can be audited.

The pre-filled application is a visual reminder at the amount of personal financial information the ATO has access to at tax time.

According to its website, pre-filled tax returns will be available from late July.

It is the latest sign the ATO is ramping up its efforts to clamp down on those abusing the system after it announced that Australians could face fines of more than $12,000 if they wrongly dipped into their superannuation during the pandemic.

‘We have seen some COVID-19 early release of super examples where people are doing the wrong thing,’ the ATO said.

‘In some cases, we have stopped applications and prevented super money from being released.’

Citizens and permanent residents financially impacted by coronavirus were able to access $10,000 of their super until June 30 and an additional $10,000 from July 1.

They must meet strict criteria to access the cash. This could include being unemployed, being made redundant or having working hours reduced by 20 per cent.

Police arrest two girls, 14 and 15, for ‘assaulting a group of Chinese people’

Olivia Attwood and fiancé Bradley Dack get TATTOOS of their engagement...