Boris Johnson was today urged to change his advice and encourage more people to stop working from home and head back to the office to prevent thousands of businesses that rely on them going to the wall.

Tory MP Steve Baker told MailOnline that the challenge faced by many businesses on high streets due to people working from home was getting bigger every day and declared: ‘The sooner we are back to real life the better’.

He said: ‘Every day it becomes clearer that vast amounts of capital are invested in the old normal. Every day we keep people away from those businesses is a day those businesses suffer and come closer to bankruptcy’.

It came as Pret could be about to lay off staff after sales collapsed by 85 per cent at its 450-plus stores because millions of workers and tourists are no longer able to  head there for food and drink every day.

Business leaders have also said that having staff together in offices is better for productivity and creativity with Zaid Al-Zaidy, CEO of The Beyond Collective digital group in London declaring: ‘Working from home forever just ain’t going to cut it’.

HR experts have also warned MailOnline that some of the nine millions Britons at home have developed ‘furlough fever’ and are enjoying ‘a paid holiday’ at home too much to return to work with the situation ‘getting worse every day’ the multi-billion pound scheme continues. 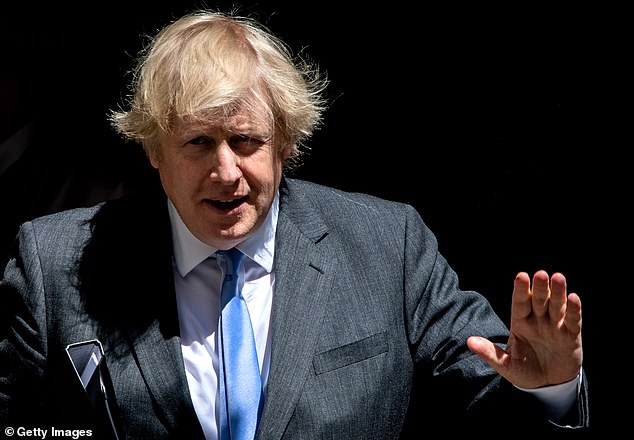 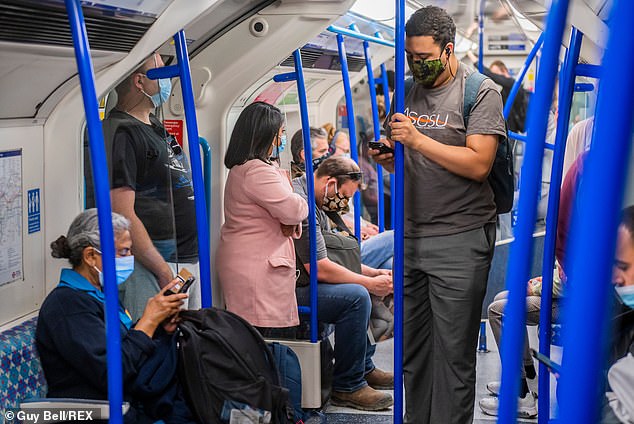 Mr Johnson today announced his most significant easing of the lockdown with people given the green light to meet up indoors for the first time in months while cinemas, pubs and hairdressers will reopen in England from July 4.

But the Prime Minister’s advice for the UK workforce to work from home unless it is impossible remains in place, sparking major concerns that businesses who rely on office staff to buy their coffee, pints, food, gifts and a plethora of other services will not survive, leading to many more unemployed people.

Tory MP Bob Blackman said high streets will face hardship, but warned that working from home was likely to remain more common whatever the government said. 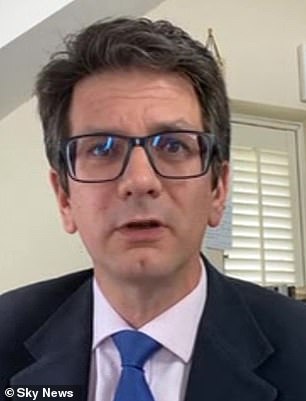 Tory MP Steve Baker (pictured) told MailOnline that the challenge faced by many businesses on high streets due to people working from home was getting bigger every day and declared: ‘The sooner we are back to real life the better’

‘I suspect people will not travel into central London as often as they have done.’

Fears are mounting over job cuts at Pret a Manger after a leaked video revealed dire sales in lockdown.

Staff at the sandwich chain are braced for an announcement on the ‘jobs situation’ on July 8 after an online meeting involving boss Pano Christou.

He said Pret’s global weekly sales had fallen to £3m, around 85pc less that what they would normally be, as city centre locations are starved of commuters and tourists.

Its cafes need around 60pc of normal sales to break even, which it hopes to hit in September. But many office workers are not expecting to return to work until at least the autumn, with some companies saying they will not reopen offices until 2021.

In the leaked conversation Christou said: ‘What will be the case is, on the July 8, we’ll be doing a broader communication to the teams.’

In response to the leak, a Pret spokesman said yesterday: ‘We will make sure that Pret’s team members are the first to hear about any changes.

‘We will update our team members in early July once the plan has been finalised.’

Businesses also believe it will be good for staff to return as soon as safely possible.

‘Yes, we’ve all experienced some positive symptoms of the WFH infection. But we mustn’t forget that it’s easier to work remotely for a few weeks when you know your colleagues really well and have previously bonded with them over hundreds of pints of beer. Creative companies need creative cultures with creative people who, through chemistry, create amazing solutions to brand problems. So WFH forever just ain’t going to cut it. 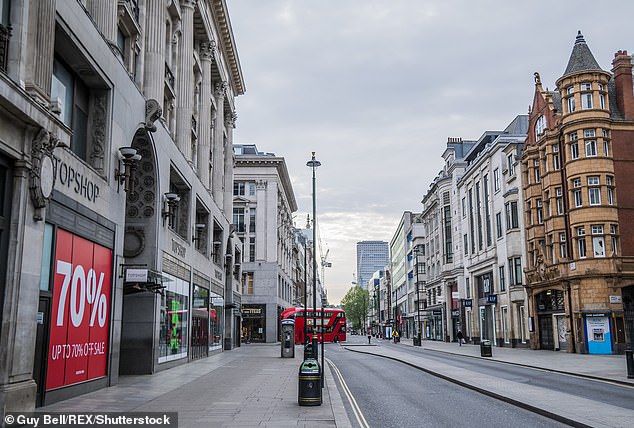 Britain’s shopping streets, including Oxford Street, have been deserted for months but are slowly getting busier

It aims to help businesses retain staff who would otherwise have been laid off, providing them with a grant worth 80pc or up to £2,500 per month of a furloughed employee’s wages.

More than nine million people have been placed on the scheme by 1.1m firms, official figures have shown, at a total cost of £20.8bn so far.

Although the scheme is gradually being down from August – with firms forced to contribute – it is still expected to cost £60bn by the time it is closed at the end of October.

Almost one in four people believe it will take years for life to go back to what it was before the coronavirus outbreak.

And some think things will never go back to our old version of reality.

The belief that the virus has permanently changed the way we live has been spreading as the weeks of lockdown have gone by, the report from the Office for National Statistics (ONS) said.

It suggested that many people have grown accustomed to lockdown. Well-being surveys which found a surge of anxiety in March and April say nervousness and worry has fallen back towards normal levels, and happiness measures have ticked up by more than 10 per cent since March.

The adjustment to lockdown has come despite an estimated 12.5 million people whose families have taken an economic hit, and an assessment that almost two thirds of workers are in jobs that have been affected by the shutdown.

The report, based on ONS surveys, said: ‘As average anxiety has fallen, the average time we think it will take for things to return to normal has increased and one in four of us now expect it will take over a year or will never go back to normal.’

It found that 24.6 per cent of people consulted said it would take years to return to normal, a level not far short of the share of the population who think things will bounce back within six months, just over 30 per cent.

The finding means that just over five million people have changed their minds since the start of lockdown to come to the belief that the return to normality will be a long term project.

The decline in anxiety is a finding that applies to the whole population, but some groups continue to worry.

Among them are parents – the ONS said earlier this week that anxiety among married couples has doubled since March, mainly because of the need to cope with home schooling of children.

It said: ‘Parents were more adversely affected than adults without children in the house: they were around twice as likely to report reduced income or to have been furloughed, and less than half were able to cover a necessary expense as over 20 per cent of them found childcare impacting their work.

Jimmy Bartel and Lauren Mand celebrate their first anniversary together

Retired vicar, 85, walks free from court after being cleared of sex attack on...

Jessica Mulroney urges followers not to ‘guilt anybody’ about ‘difficult decisions’

Incredible footage shows the ‘fight to the death’ between a backyard...