Managers who think gender bias no longer exists in the workplace are more likely to value male employees over women and give them higher wages, a study found.

Experts from Exeter University conducted an experiment where managers in a profession with a high proportion of women employees were asked to evaluate fake workers.

Despite the only difference between reviews being the gender of the employee, the researchers found that managers still rated the male workers more highly.

Managers who think gender bias no longer exists in the workplace are more likely to value male employees over women and give them higher wages, a study found (stock image)

‘Managers who thought gender bias is no longer an issue recommended annual pay that was £2,564 higher for men than for women, said paper author and social psychologist Christopher Begeny of the University of Exeter.

‘This represents an eight per cent gap — which closely matches the real pay gap we see in our study field of veterinary medicine.’

Dr Begeny and colleagues chose to focus on this field as it is one which had traditionally been very male-dominated, but now has a strong representation of women among its ranks.

‘When you break this down, it’s like going to that male employee after an hour’s work and saying: “you know what, here’s an extra £1.60 – not because you’re particularly qualified or good at your job, but simply because you’re a man”.’

The researchers conducted two separate studies to determine what the key drivers were behind gender bias in veterinary clinics.

For one study, the team used a so-called randomised double-blind experiment, in which managers were presented with a fake veterinary surgeon’s performance review — where each review was identical, except for the vet’s name.

Some of the reviews were presented as being for an employee named ‘Mark’, while the rest were for one called ‘Elizabeth’.

The managers were then asked to evaluate each vet’s performance and indicate what salary they would advise if the employee was in their own practice.

The team found that most managers rated the male worker, ‘Mark’, as being more competent than ‘Elizabeth’ and recommended that he receive a higher salary — despite their both having the exact same credentials.

The team found the key drivers for this phenomenon were those managers who believed that gender bias did not exist, while those who did in contrast recommended ‘roughly’ equal pay between ‘Mark’ and ‘Elizabeth’.

‘The resulting evaluations were systematically biased among those who thought gender bias was no longer an issue,’ said paper author and psychologist Michelle Ryan, also of the University of Exeter.

‘We have worked closely with the British Veterinary Association, and when presenting these findings to managers in the veterinary profession they are often shocked and concerned,’ Professor Ryan added. 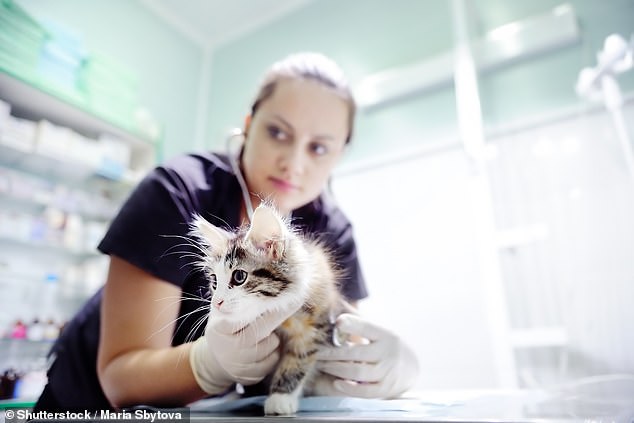 Dr Begeny and colleagues chose to focus on veterinary medicine as it is a field which had traditionally been very male-dominated, but now has a strong representation of women

In the second study, the team surveyed vets about their work experience — finding that women were more likely than men to experience discrimination and were simultaneously less likely to be rated fairly by their colleagues.

The researchers also found that vets were undecided when asked whether gender bias still existed within their profession.

Women who were viewed as being ‘less competent’ were also not likely to be given managerial responsibilities and were not encouraged to pursue promotions or other opportunities.

The team found that the biased views were held by managers regardless of their own gender, years of experience and how long they had been in their profession. 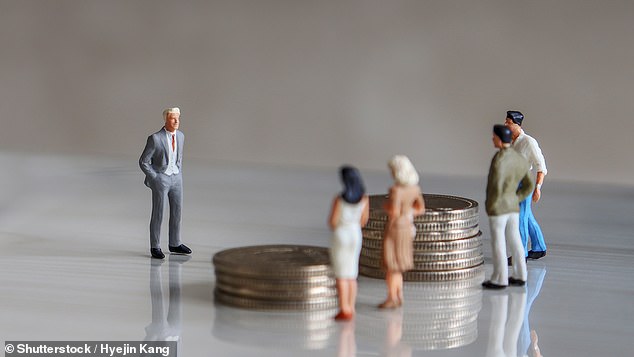 ‘Managers who thought gender bias is no longer an issue recommended annual pay that was £2,564 higher for men than for women, said paper author and social psychologist Christopher Begeny of the University of Exeter

There are more than 20,000 vets in the UK, 60 per cent of whom are women, which may be why some people incorrectly assume that gender biases have disappeared.

‘With many professions working to increase the number of women in their ranks, companies need to be careful not to equate gender diversity with gender equality — even with equal numbers you can have unequal treatment,’ Dr Begeny said.

‘There is no “silver bullet’ to ensure gender equality has been achieved.’

‘It is also important to have “guardrails” that help prevent discrimination, including by removing names from job applications — which can signal the applicant’s gender — and ensuring standard questions in interviews,’ Dr Begeny added.

‘This research highlights a rather insidious paradox that can arise when individuals misperceive the level of progress made on gender equality in their profession.’

Thus, he added, ‘those who mistakenly think gender bias is no longer an issue become the highest risk for perpetuating it.’

The full findings of the study were published in the journal Science Advances.

I couldn’t cope with my mother. Now I finally know why

Boxing champion has to reassure friends he is still alive

M6 is closed in the Midlands as Black Lives Matter protesters WALK down the...

Selena Gomez shares photos from her yard on Instagram while promoting...

I couldn’t cope with my mother. Now I finally know why