As the worldwide airline industry remained grounded and the noise from Boeings in city skies gave way to the sound of birdsong, a piece of flight history was being made at a little-known airport in Washington State.

On May 28, a modified Cessna Caravan 208B, or eCaravan built by electric aircraft company MagniX and aerospace firm AeroTEC, flew in the air for 30 minutes above Moses Lake after taking off from Grant County International Airport.

It was the largest ever commercial flight by a plane powered solely by electricity, one that its designers said was ‘a significant milestone in disrupting the transportation industry and accelerating the electric aviation revolution.’

The eCaravan flew in the air for 30 minutes last month above Moses Lake . It was the largest ever commercial flight by a plane powered solely by electricity

But rather like the Wright Brothers’ first flight in 1903, the eCaravan’s half-hour adventure may have been a major accomplishment, but it showed just how rudimentary the technology for electric aircraft remains.

In a statement after the flight, MagniX’s CEO Roei Ganzarski only expressed his ambition that such ‘middle-mile aircraft’ would operate ‘from and to smaller airports.’ He made no mention of running long-haul flights.

It was only last year that the world’s first commercial all-electric passenger aircraft was launched. Israeli firm Eviation has created Alice – a prototype aeroplane whose creators claim is able carry nine people for up to 650 miles.

Electric aeroplane designers have to overcome severe stumbling blocks, especially with batteries. They are too heavy, they have too little power, and they only allow planes to travel short distances.

So holiday-goers who wish to travel to Marbella from Heathrow on their summer vacation, but do not want the guilt that comes from growing their carbon footprint, may have to wait decades before electric planes become mainstream. 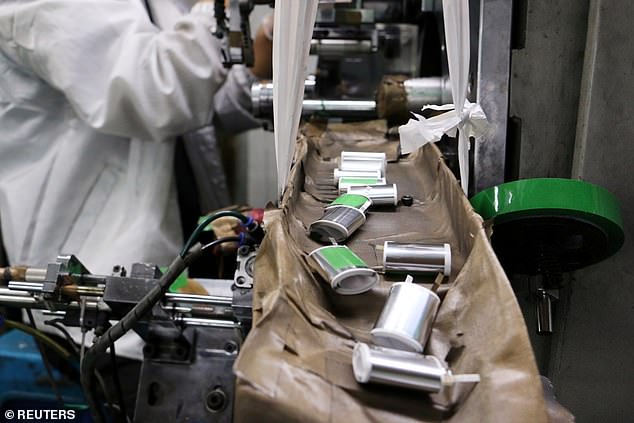 Electric aeroplanes’ most marked problem is its batteries. They are too heavy, they only allow planes to travel short distances, and they have too little power

‘Even before COVID-19 it was simply impossible to say when electric aircraft will become an economically viable alternative to fossil fuel power,’ says Dr Duncan Walker, a reader in applied aerodynamics at Loughborough University.

As for long-distance flights, he believes that even in the next 50 years, there is unlikely to be a wholly electric-powered aircraft that can carry hundreds of passengers.

A big issue he states is R&D expenditure. Developing electric aircraft technology requires a lot of research and development spending. Despite all that is being done by the airline industry, Walker says the costs are too great for firms to ‘commit their future to such an unproven paradigm shift.’

However, he does see the potential for hybrid aircraft, which, like hybrid cars, would run off a mix of kerosene and electric power.

Dozens of hybrid-electric aviation projects are currently on the go. Slovenian manufacturer Pipistrel is developing the 4-seater Panthera, while French company VoltAero recently flew its Cassio prototype plane for the first time.

Aviation giants are also involved. Airbus has been in the electric aircraft game for at least a decade. In 2015, its twin-propeller aircraft E-Fan made a successful crossing of the English Channel and later made its recently-cancelled successor the E-Fan X with Rolls Royce.

Investment bank UBS estimates that demand for hybrid aeroplanes could reach 550 planes each year between 2028 and 2040.

Wright Electric is working in partnership with EasyJet to develop a 186-seat hybrid-electric airliner (above). It hopes to bring the aircraft into service by 2030

The environmental benefits would also be notable. The Air Transport Action Group (ATAG) says the airline sector emitted 915 million tonnes of CO2 in 2019. Hybrid and electric aircraft can go some way to reducing the industry’s harmful impact on the planet.

Wright Electric is working to address this dilemma. In partnership with EasyJet, the New York-based startup is developing a 186-seat hybrid-electric airliner.

It recently commenced its motor development programme for the aircraft and is planning to run flight tests in 2023 with hopes to bring the plane into service by 2030.

Stephanie Goulet, the firm’s assistant chief of staff, says governments should be ‘aggressively pursuing policy that transitions aviation to a less carbon-intensive industry as quickly as possible.’

She points to Norway, a country many consider a pioneer in electric transport, as a place that is leading the charge for a cleaner aviation industry. Along with its Nordic neighbour Sweden, Norway is aiming to make all its short-haul flights electric by 2040. 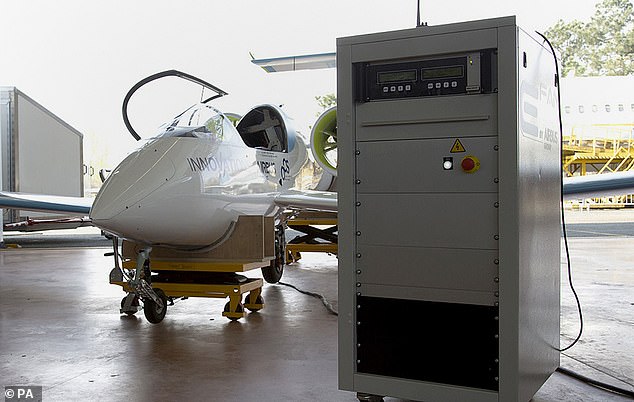 Airbus has been in the electric aircraft game for at least a decade. In 2015, its twin-propeller aircraft E-Fan made a successful crossing of the English Channel

That milestone can be reached as long as battery technology makes the necessary advances. Dr Hugh Hunt, a reader in Engineering Dynamics & Vibration at the University of Cambridge, states that batteries’ heavy weight poses obstacles.

When a plane flies, it burns fuel, thereby reducing the total weight of the aircraft. But on an electric plane flight, the weight of a battery remains the same throughout the journey.

‘For long haul, this is critical because an empty battery weighs the same as a full battery, so an electric plane doesn’t get lighter with distance,’ declares Dr Hunt.

When asked if he thought electric and hybrid-electric aircraft will ever become viable for long-haul commercial passenger flights, he gave a terse reply: ‘Never.’

Lithium-ion batteries at present also have a lot less energy density than jet fuel; about 0.4 Megajoules per kilogram (MJ/kg) compared to around 40 MJ/kg for kerosene. That means battery-powered planes cannot travel very far.

Hunt’s view is echoed by Professor Peter Wilson of the University of Bath, who says that ‘weight is a crucial factor in airline economics and energy storage needs to be dramatically improved to make electric aircraft feasible.’

Wilson also asserts that the progress in electric aircraft technology would need to go hand-in-hand with greater investment in airport and power grid infrastructure to ensure planes can be recharged. 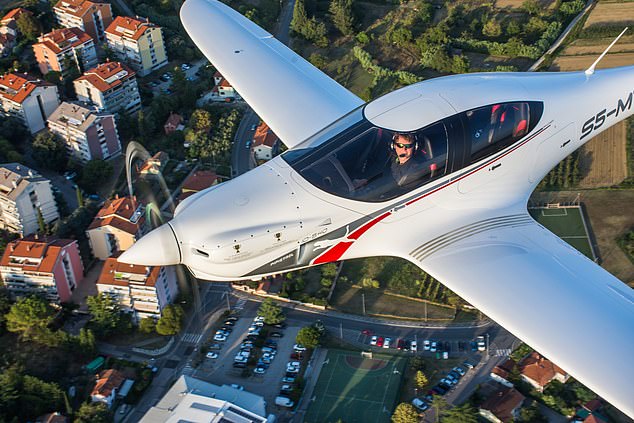 Norway, a country many consider a pioneer in electric transport, is seeking to make all short-haul flights electric by 2040, as does its Scandinavian neighbour Sweden

He adds that such expenditure ‘obviously needs to happen at both ends of the journey, requiring multinational commitment to make this a reality.’

More money is certainly being put into electric aircraft tech, and the number of electrically-propelled aircraft projects is growing fast.

Global strategy consulting firm Roland Berger has calculated that there were 215 of these programmes ongoing in 2019, 30 per cent higher than the previous year, with the vast majority in the urban air taxi and general aviation sub-sectors.

The UK is a small player but is still getting in on the action. Just in the last week, stuntman Andrew Dixon took off from Cranfield Airport in a six-seat Piper Malibu, the first-electric-powered flight of commercial-scale aircraft from a UK airport.

ZeroAvia, the company behind the flight, which has received funding from the UK government, is now intending to attach a hydrogen fuel cell to the plane for a 250-300 mile flight that will take off from the Orkney Islands.

A few hundred miles is practically walking distance in aerospace terms though. Plenty of Londoners travel up to Edinburgh every August for the Fringe festival, but many also love to go to Tuscany, St Tropez, or if you are a carefree school-leaver, Magaluf.

And that is just the destinations in Europe. Will we ever see travellers fly from London to New York or even Sydney on clean electricity alone? It is impossible to accurately predict in terms of timing, but it seems likely that technological progress will eventually make it possible.

Until we get substantial breakthroughs in battery technology that enable electric planes to travel farther and at an affordable price, green aviation will remain a niche pursuit though – hardly a recipe for creating a more sustainable planet.

Father, 42, used shotgun to blast his partner in the head and neck and their daughters in the head

Could bruises on your FEET be a sign of the coronavirus? Doctors suspect a...

Kyle Sandilands shares a health update after revealing he ‘could die’

Will holiday-goers ever get the chance to fly on electric planes?

Karlie Kloss gets VERY dressed up as she steps out looking...