Hair salons are due to reopen in a matter of days, but one mother who just couldn’t wait has resorted to desperate measures by cutting her own hair with a pair of children’s paper scissors.

Mother-of-two Ruth Crilly, from Somerset, decided to give her locks a much-needed lockdown trim, and documented the haircut on her Model Recommends Instagram account.

The post racked up over 300,000 views and fans were quick to comment on the video, insisting it had let them ‘aching with laughter’, but admitted that her new haircut ‘looked pretty decent’.

Mother-of-two Ruth Crilly (pictured) , from Somerset, decided to give her locks a much-needed lockdown trim 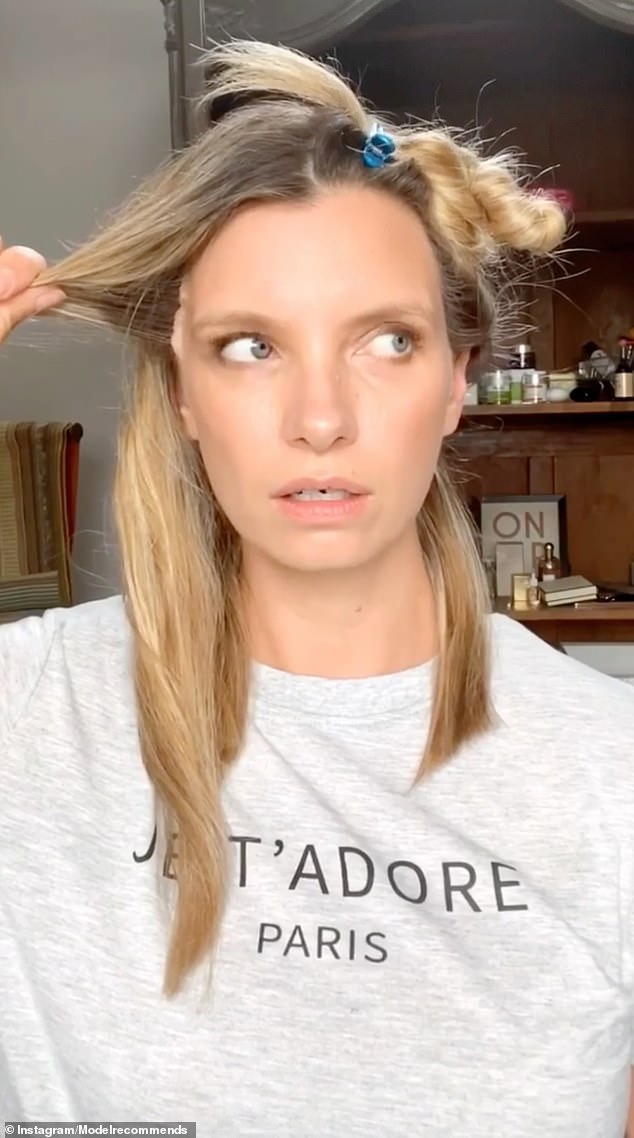 To begin with, Ruth ran a comb through her hair and started to section it on the advice of a hairdresser friend

Introducing the video, Ruth said: ‘I’m going to cut my own hair, what could possibly go wrong?’

She said that a hairdresser friend from Instagram named Kat had sent her some tips and a video.

Ruth explained: ‘She has stressed, just don’t do it, don’t cut your own hair. Her video is sort of damage control.’

To begin with, Ruth ran a comb through her hair and sectioned it into four separate bunches, admitting: ‘I have the completely wrong type of comb and I have my scissors. 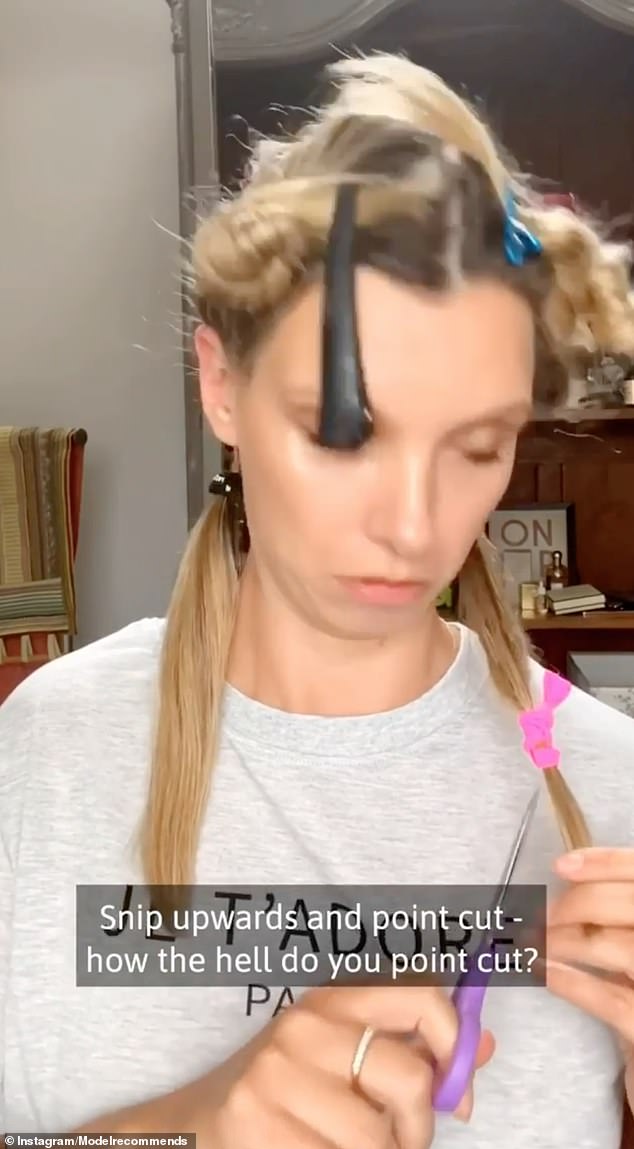 ‘One of my regrets is that I don’t have the proper scissors and I can’t point cut it,’ Ruth said as she went to work on her hair 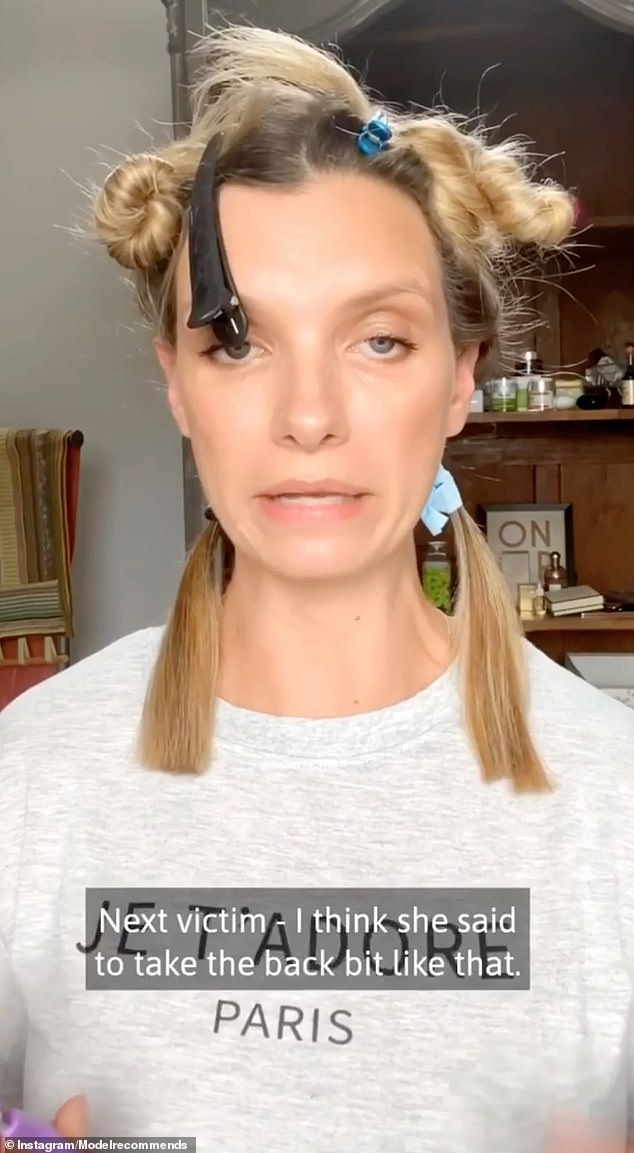 After securing the top bunches to her scalp, the mother separated the two bottom bunches and trimmed the leftover hair at the ends

‘Kat has something called thinning scissors and they’re apparently really good. I have something called Early Learning Centre first scissors which are for children so they don’t cut their fingers off. So I’m sure they’ll be just as good!’

She added: ‘Kat said make sure you section it really, really, neatly. I haven’t got four hair bands I only have three.’

After securing the top bunches to her scalp, the mother separated the two bottom bunches and trimmed the leftover hair at the ends.

After realising how much hair she’d taken off, Ruth said: ‘Oh cr**, that is not the same level.’ 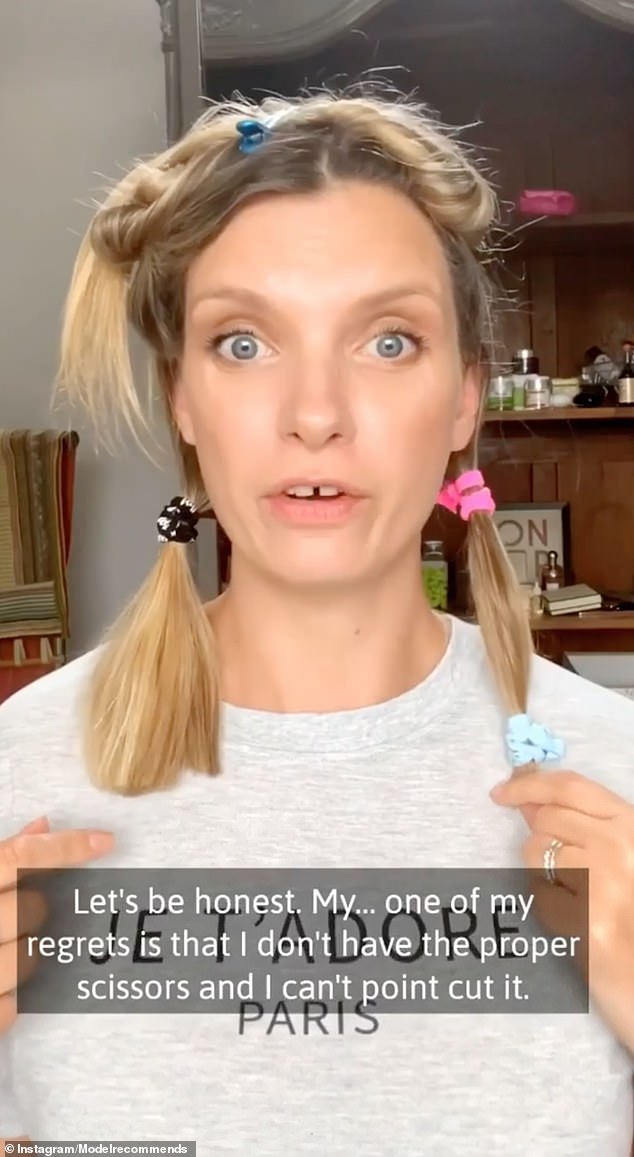 After realising how much hair she’s taken off ruth says: ‘oh cr**, that is not the same level’ 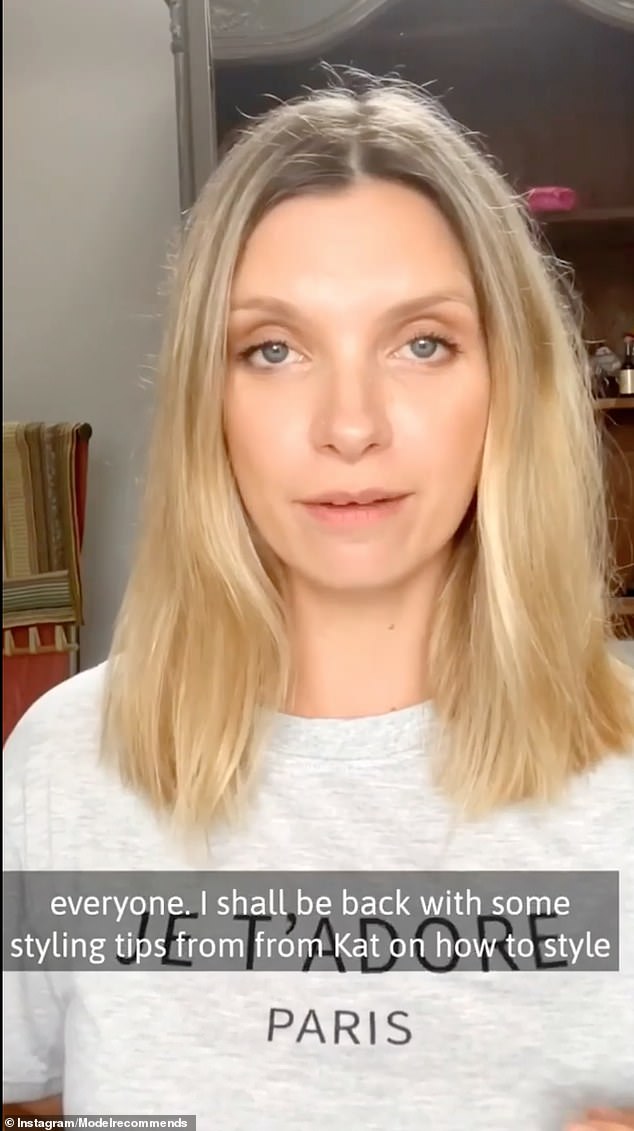 Despite her complete haircut turning out well, she admitted her own mistakes on her IGTV caption, confessing: ‘I cut my own hair. Wouldn’t recommend it!’

Later, she added: ‘Okay I’m being serious now. I wasn’t prepared to mess it up quite that badly….One of my regrets is that I don’t have the proper scissors and I can’t point cut it.’

Point cutting is a technique where you vut the hair with a vertical rather than a horizontal motion, to take bulk from the ends and createa movement.

Admitting her own mistakes, her IGTV caption read: ‘I cut my own hair. Wouldn’t recommend it! Was warned, didn’t listen. Story of my life.

‘You need sectioning clips, hair bands and proper scissors. Don’t use paper scissors from the Early Learning Centre. Make sure you section properly and don’t cut too much off at once, which is what I did and now I have a long bob.’ 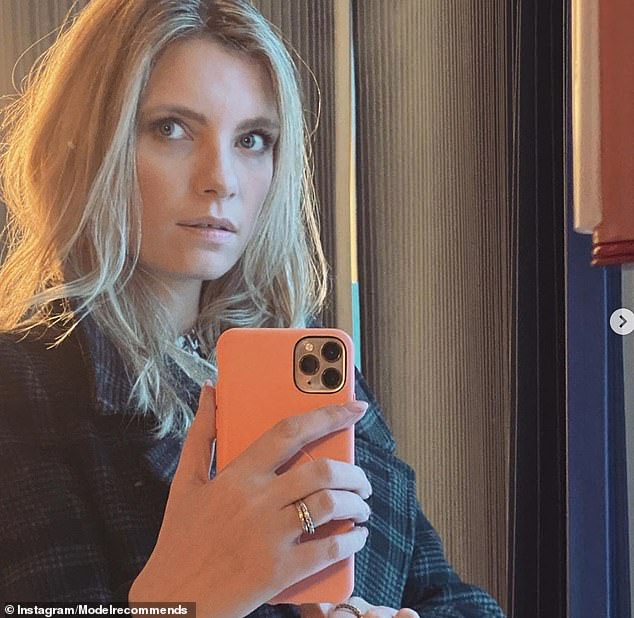 The mother-of-two, blogger and writer has over 190k followers on the social media platform 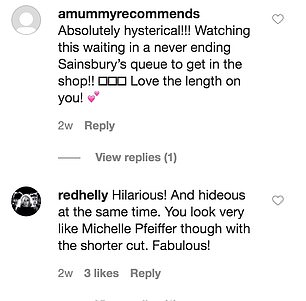 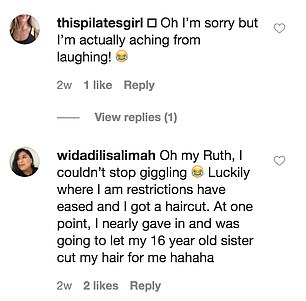 The post racked up over 300,000 views and fans were quick to comment on the video, insisting it had let them ‘aching with laughter’

Instagram users quickly commented on the video, with one insisting she was ‘almost disappointed’ with how good her hair looked at the end of the video.

One wrote: ‘This is one of my favourite videos from you ever. When I read the text I thought “Oh haha… yes good one Crilly, early learning scissors!”. Then you actually produced them. I mean, I’m almost disappointed that it looks so good at the end of it.’

‘Hilarious! And hideous at the same time, said another. ‘You look very like Michelle Pfeiffer though with the shorter cut. Fabulous!’

A fourth said: ‘I still can’t believe you did it!!! So funny. Looks pretty decent. Have an appointment on the 5th of July, giving them one day to remember how to do it.’

Sam Burgess shares a smile as he heads into court

Boy, 15, is shot dead by gang of youths on Birmingham street

Guy Sebastian says it was a ‘massive punish’ to wait until...

Sam Burgess shares a smile as he heads into court

Joe Wicks is covered in lipstick as he lets daughter Indie,...