And to help ease their way back into a semblance of routine, amid the growing COVID-19 pandemic in California, the steamy new couple headed out on a casual hike.

With the sun glaring down, the actors made their way along some trails that zig-zagged along a hilly region full of plush greenery.

Working it: Timothée Chalamet, 24, and new ladylove Eiza Gonzalez, 30, went on a casual hike in Los Angeles on Monday

Gonzalez, 30, put her toned curves on display by appearing to go braless in a white, sleeveless turtleneck top.

She matched it with a pair of light blue skinny jeans that hugged every inch of her toned figure.

Rounding out the casual ensemble, the Baby Driver star donned white sneakers, dark sunglasses and a black protective mask in adherence to the mandate to have their faces covered when in the midst of people in public. 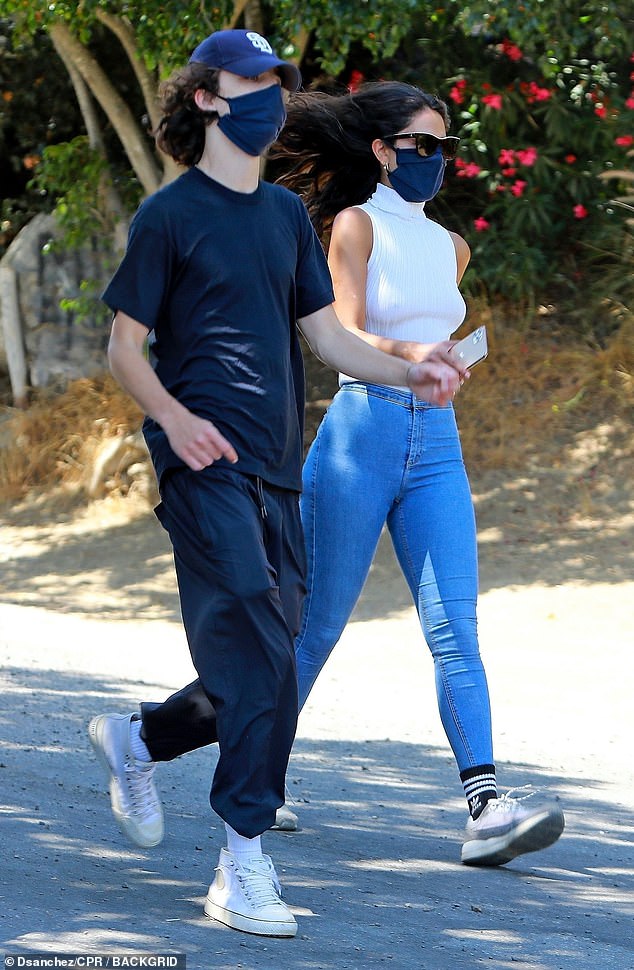 Fit and ready: Gonzalez put her toned curves on display by appearing to go braless in a white, sleeveless turtleneck top that was paired with light blue skinny jeans 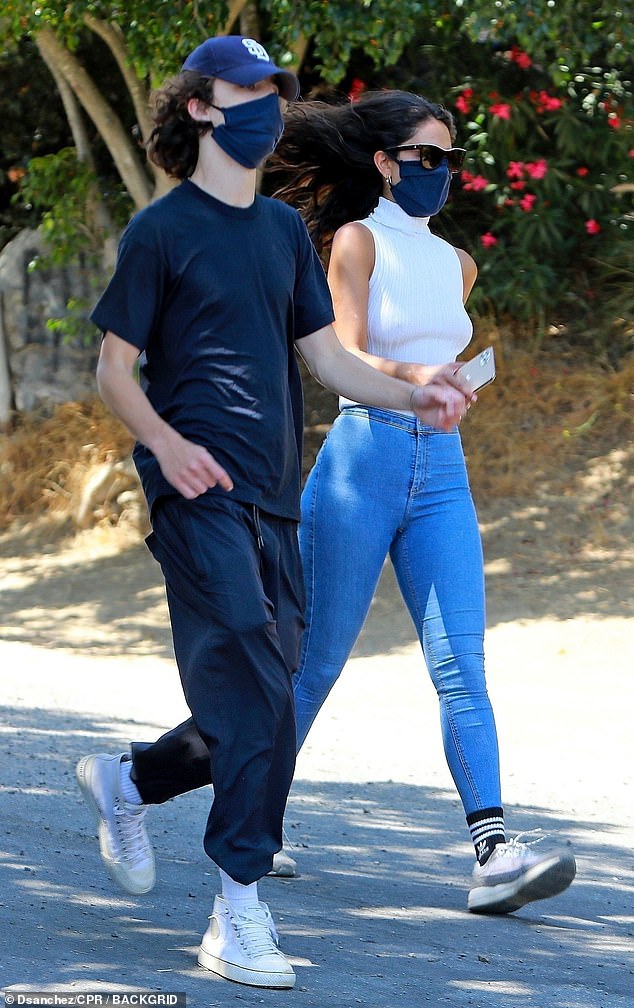 Safety first: The new couple both wore black protective masks during their hike in light of the surge in COVID-19 cases in California 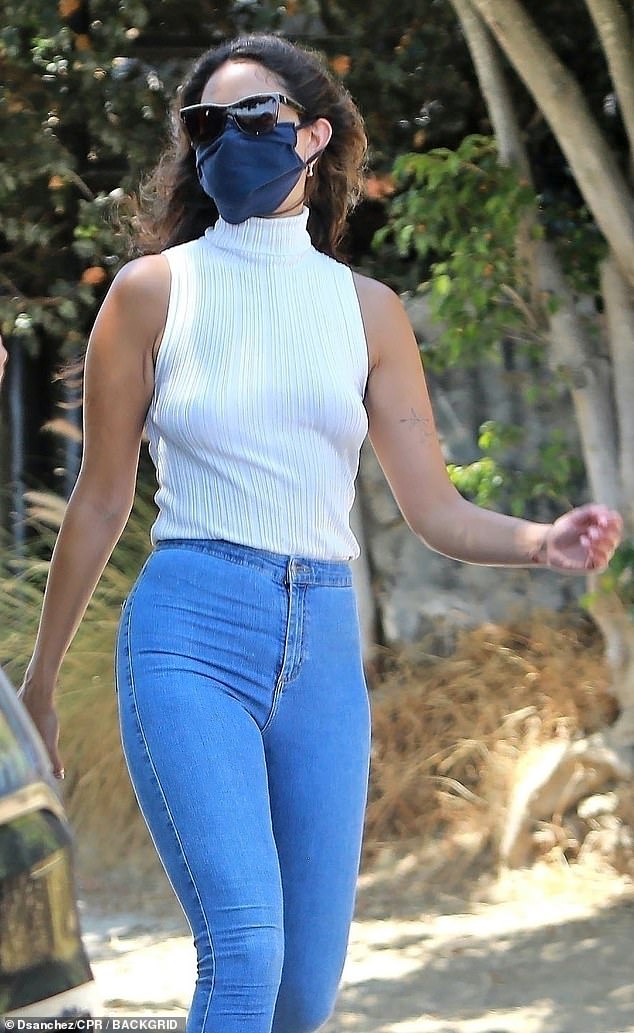 Climbing the Hollywood ranks: The Mexican native is best known for her roles in From Dusk till Dawn: The Series, Baby Driver and Hobbs & Shaw

He too was all about safety in the post coronavirus world by wearing an identical black face mask.

For the most part, the pair kept up a brisk pace as they hurried along the gravel surface near the end of their hike.

By the time they reached the parking lot, they hopped in their car and appeared to make a stop to pick up a couple cups of coffee or tea to go. 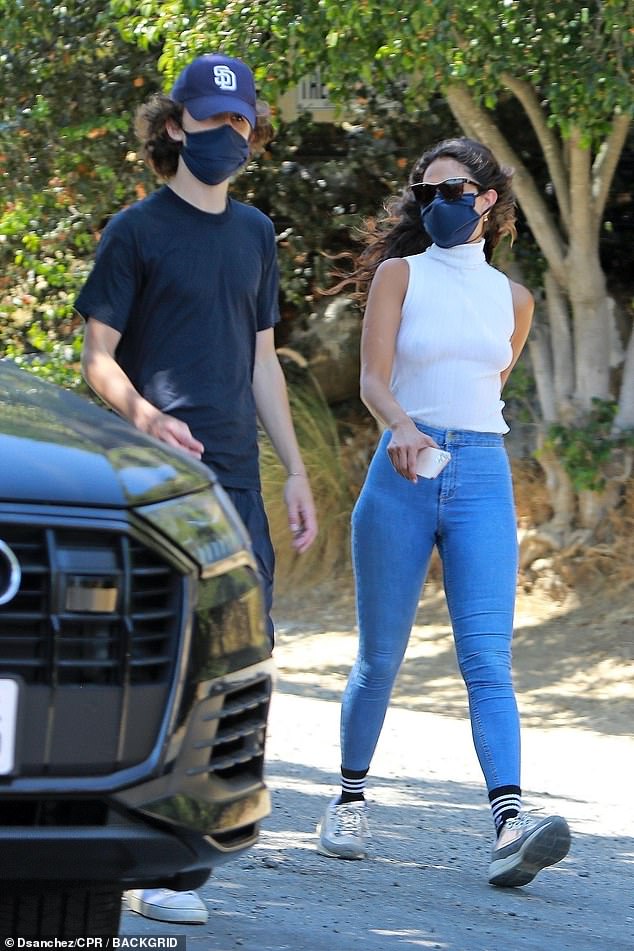 Let’s get physical: For the most part, the pair kept up a brisk pace as they along the gravel surface near the end of their hike

The two actors packed on the PDA by sharing seemingly endless hugs and kisses during their week together in Gonzalez’s native country of Mexico.

They were photographed getting handsy with each other on the scenic beaches and at the pool of their luxury villa.

Chalamet, who got an Academy Award nomination for his performance in 2017’s Call Me by Your Name, only recently became a single, following his split from model Lily-Rose Depp in April, according to British Vogue May 2020 feature.

His new ladylove has most recently been romantically linked to Luke Bracey, Josh Duhamel and D.J. Cotrona. 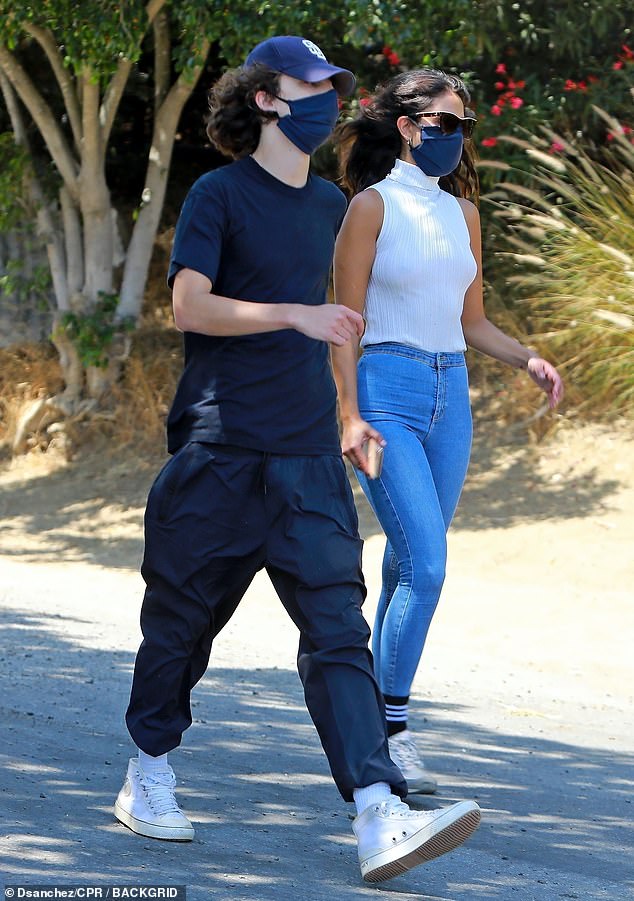 Jolt drink: The Academy Award-nominated actor also made a pitstop to pick up a couple of cups of coffee or tea during their afternoon together 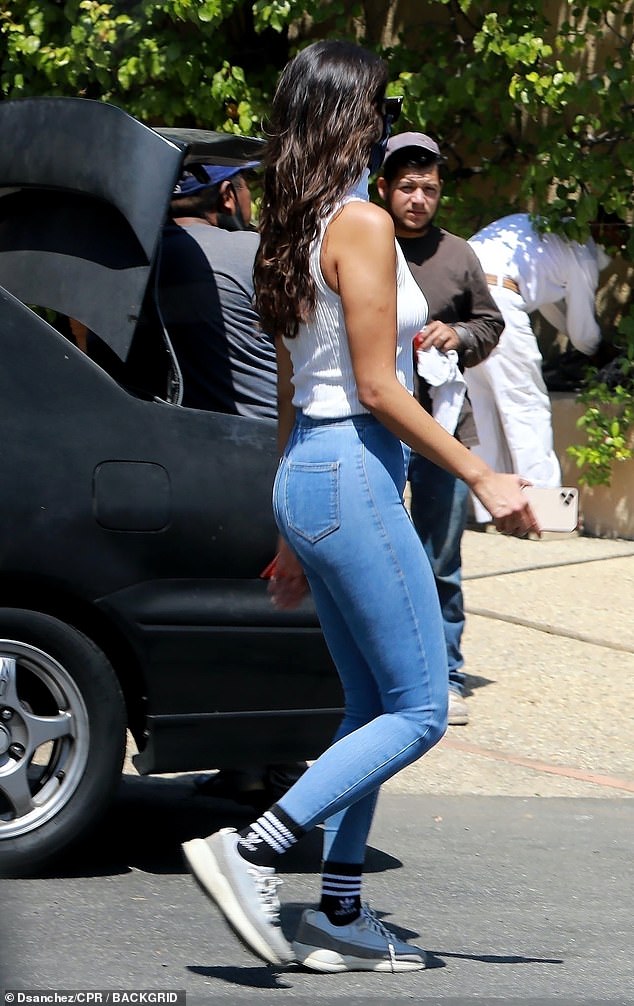 Head turner: All eyes were on the actress when she strutted her womanly curves in her figure-hugging ensemble

Rod Stewart, 74, reveals he’s got FOUR children living with him in lockdown

A third of Britons say they will travel more than ever once coronavirus restrictions...

Government borrowed £62BILLION in April the highest on record

Singer Amy Shark is hoping to relocate to Sydney after commuting...

5 Seconds of Summer guitarist Michael Clifford enjoys lunch with his...

Kate Mara carries her baby girl in her arms during a...