The Moon has a bonanza of metals like iron and titanium deep below its surface, according to NASA, raising questions over a long held formation theory.

The leading theory claims that the Moon formed out of the wreckage created when a Mars-sized planet called Theia collided with the young Earth 4.5 billion years ago.

If this were true then our only natural satellite would have roughly the same amount of iron as the Earth, but it actually has much more, according to the NASA team.

The findings, published in the journal Earth and Planetary Science Letters, was based on data sent back by NASA’s Lunar Reconnaissance Orbiter (LRO).

In some parts of the Moon, particularly the ‘darker’ areas of the surface, concentrations of metals in lunar rocks were higher than in some rocks on Earth.

The leading theory claims that the Moon formed out of the wreckage created when a Mars-sized planet called Theia collided with the young Earth 4.5 billion years ago 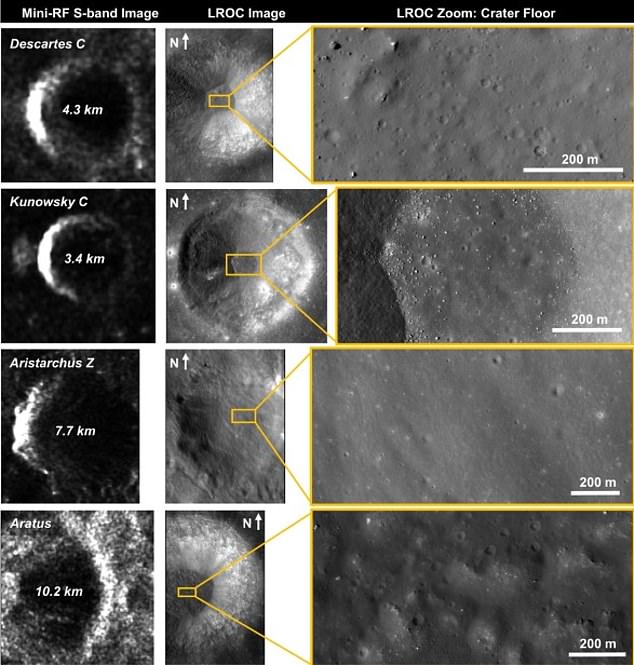 Study leader Dr Essam Heggy, of the University of Southern California, explained: ‘It really raises the question of what this means for our previous formation hypotheses.’

Analysis found the Moon is more metallic below its surface than previous estimates, which were originally based on Earth’s composition rather than direct study.

‘Scientists can constrain the ambiguities about how it has formed, how it is evolving and how it is contributing to maintaining habitability on Earth,’ he said.

Life on Earth would not be possible without the Moon as it keeps our planet’s axis of rotation stable, which controls seasons and regulates our climate.

Using radar images from the LRO, Dr Heggy and colleagues focused on the composition of fine dust at the bottom of the Moon’s many craters.

This fine dust in the craters is the remains of ejected materials forced up from below the Lunar surface during meteor strikes, the team said.

The deeper the impact, the more metal was present – suggesting some areas are richer in metal than Earth – in particular, the darker northern hemisphere.

It challenges the notion that the Moon got its metal from portions of the Earth’s mantle and crust that were shot into orbit after a massive collision with Theia.

A reason the Theia theory has been in dispute is the higher concentration of iron oxide found by NASA rovers on the Moon than in the Earth’s crust.

The latest research, using radar to probe deeper into the surface of the Moon, provides details of a section of the moon that has not been frequently studied.

Researchers found that there might actually be a greater proportion of Iron on the Moon when compared to the Earth than previously assumed. 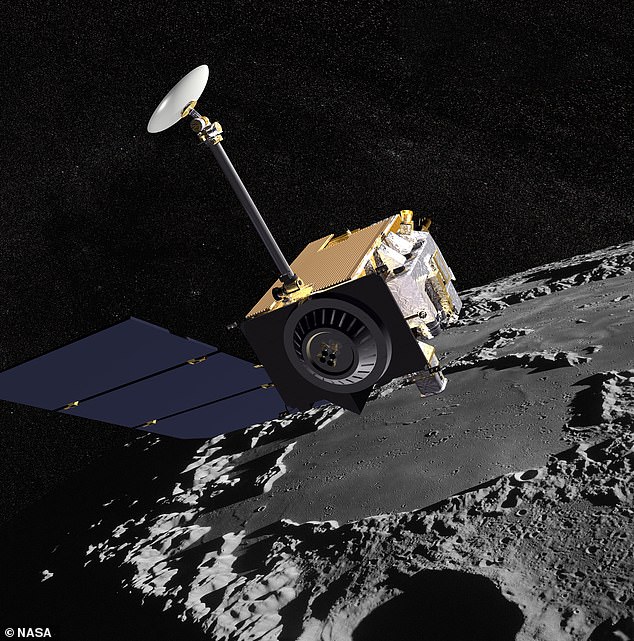 The findings, published in the journal Earth and Planetary Science Letters, was based on data sent back by NASA’s Lunar Reconnaissance Orbiter (LRO)

‘It really raises the question of what this means for our previous formation hypotheses,’ Heggy said.

By understanding how the Moon formed, and in fact how the more than 200 other moons in the solar system formed, we can gain a deeper understanding of how planets form, according to the team.

‘The LRO mission and its radar imager Mini-RF are continuing to surprise us with new insights into the origins and complexity of our nearest neighbor,’ he said.

Anxious to uncover more, the researchers have already started examining crater floors in the Moon’s southern hemisphere to see if the same trends exist there.

The findings have been published in the journal Earth and Planetary Science Letters.

Many researchers believe the moon formed after Earth was hit by a planet the size of Mars billions of years ago.

This is called the giant impact hypothesis.

The theory suggests the moon is made up of debris left over following a collision between our planet and a body around 4.5 billion years ago.

The colliding body is sometimes called Theia, after the mythical Greek Titan who was the mother of Selene, the goddess of the moon.

Many researchers believe the moon formed after Earth was hit by a planet the size of Mars billions of years ago. This is called the giant impact hypothesis

But one mystery has persisted, revealed by rocks the Apollo astronauts brought back from the moon: Why are the moon and Earth so similar in their composition?

Several different theories have emerged over the years to explain the similar fingerprints of Earth and the moon.

Perhaps the impact created a huge cloud of debris that mixed thoroughly with the Earth and then later condensed to form the moon.

Or Theia could have, coincidentally, been chemically similar to young Earth.

A third possibility is that the moon formed from Earthen materials, rather than from Theia, although this would have been a very unusual type of impact.

Jessica Alba and daughter Honor, 11, match outfits and hairdos as they dance up...

Female comedians are taking politics to TikTok amid the coronavirus pandemic

When pavements and cycle paths amaze, shock and amuse