William Robert Baer (pictured in mugshot) was arrested for murder charges on Thursday in connection to a 1999 cold case in Jacksonville, Florida

A retired Florida Sheriff’s office detective and his former wife were arrested on Thursday for the 1999 beating and slaying of a convenience worker outside his own home.

The Jacksonville’s Sheriff Office revealed that former officer William Robert Baer, 64, and his ex-wife Melissa Jo Schafer, 50, were hit with murder charges in the death of 39-year-old Saad Kawaf.

The two decades-old cold case was cracked with genetic genealogy and help from the Cold Case Project, a nonprofit organization helping the families of unsolved homicide victims by publicizing cases.

‘This is where it takes a turn that we are a bit saddened by,’ Undersheriff Pat Ivey said during a press conference.

‘Through his specific assignment at JSO at that time, that’s what led him to have contact with the victim. He was a detective that was looking at a crime involving potentially the victim.’

In May 1999, Kawaf was reportedly leaving his Deerwood neighborhood home when a man and a female accomplice waiting outside attacked him in his driveway.

He was beaten and stabbed while being dragged into the home’s garage. Kawaf’s wife was bound inside the home and during the course of a scuffle bit the female accomplice.

The suspects reportedly escaped with $30,000 from inside the family’s home.

That bite, and the DNA it left behind, was one of the key pieces of evidence used to identify Schafer, who was arrested by authorities in Jefferson City, Missouri.

Her arrest led investigators to Baer, who was sworn in as a police officer in 1975 and retired by the Jackson Sheriff’s Office in 2002.

Baer was an intelligence division detective with the homicide unit at the time. He was reportedly familiar with Kawaf due to an assignment with the department. 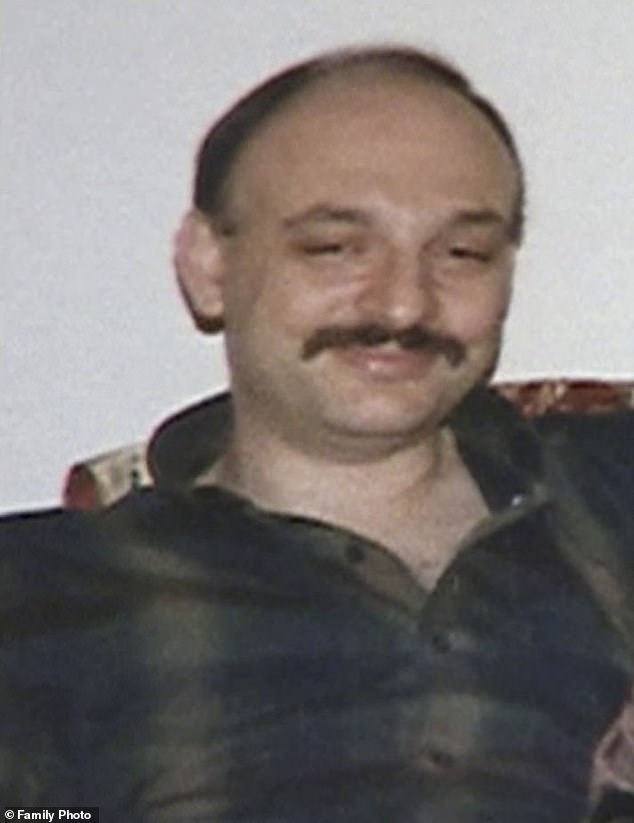 Investigators at the time only knew the suspects were a white female and white male.

Detectives on Thursday said that two DNA profiles were created in 2003, but submissions to a genetic lab in May of this year provided a more thorough ‘indication’ of who the suspects were.

A list of potential suspects were provided to investigators. Undersherrif Ivey said he could not disclose many details around the case and arrest as the investigation is still ongoing.

According to First Coast News, Baer in 1999 had been monitoring Kawaf’s house as part of an investigation over suspicions that he was illegally selling pseudoephedrine at his convenience store and a large sum of money was inside the home. 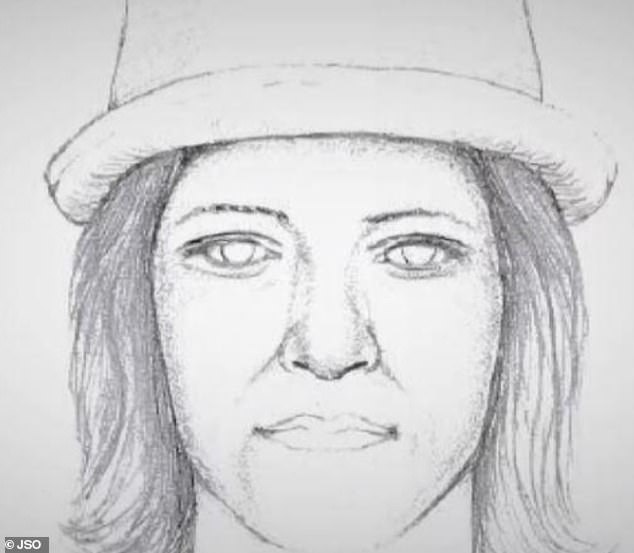 Pictured: a police sketch of the female accomplice presented by the Jacksonville Sheriff’s Office in 1999

Det. Margo Rhatigan said that money was stolen from the home and that was a possible motive for the murder.

Baer’s alleged crime happened over the backdrop of an embattled Jacksonville Sheriff’s Office in the 1990s when the department faced grand jury investigations and officer convictions.

The department reportedly face several allegations of corruption, a murder trial and was the subject of an Academy-Award winning documentary probing the false confession of Brenton Butler. 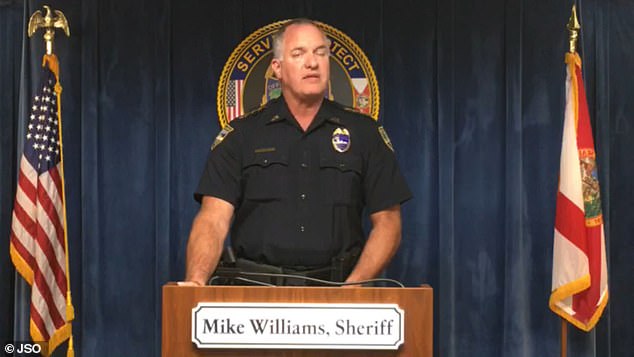 Brenton Butler, then 15, said he was brutalized and forced to confess to a murder by the Jacksonville Sheriff’s Office in 2000.

Additionally, one officer was convicted for killing a convenience store worker while three others were convicted on charges like drug dealing, bank fraud and conspiracy.

Kawaf’s niece released a statement on behalf of the family after news of Baer and Schafer’s arrests were revealed.

‘We are thrilled. We are grateful. Not a day has gone by that we don’t miss our beloved Saad, wrote Heather Kayal.

‘The past 21 years have been the hardest to not only be without a man who meant so much to our family but to know that the people who did this were not held accountable for their actions.

‘We are grateful to the brave members of the cold case unit and all members of law enforcement who have worked tirelessly on our behalf to ensure justice and that Saad’s memory will never be forgotten.’

Caprice, 48, poses topless with bedding draped around herself before slipping on a lace négligée

Rates are changing so fast, offline savers can’t keep up

Has the riddle of Britain’s true-life X-File finally been solved?