By John Stevens Deputy Political Editor For The Daily Mail

Britain’s struggling housing market could be given a much-needed shot in the arm with a six-month stamp duty holiday.

Chancellor Rishi Sunak is expected to announce plans for a temporary exemption for homes at the lower end of the market in the Budget in the autumn.

Treasury officials are looking at raising the threshold at which homebuyers start paying stamp duty.

During the lockdown, Britons were told not to move house. This restriction has now been lifted, but the property market has remained sluggish.

Prices fell for the third month in a row in May as coronavirus stalled activity. However, the decline has been modest, with just a 0.2 per cent monthly downturn in values, according to mortgage giant the Halifax.

Figures from HM Revenue & Customs show that sales of homes in April fell to their lowest level since records began in 2005. There were just 38,060 transactions completed during the month – less than half the number seen at the same point a year ago.

Mr Sunak will give a summer economic update to MPs on Wednesday afternoon, but they will have to wait until autumn for the next full-blown Budget when the stamp duty holiday is expected to be announced.

A huge expansion of apprenticeships is expected to be one of the biggest announcements this week, with all young people expected to be guaranteed the opportunity of one.

The target to get 50 per cent of young people into university is also expected to be abandoned. 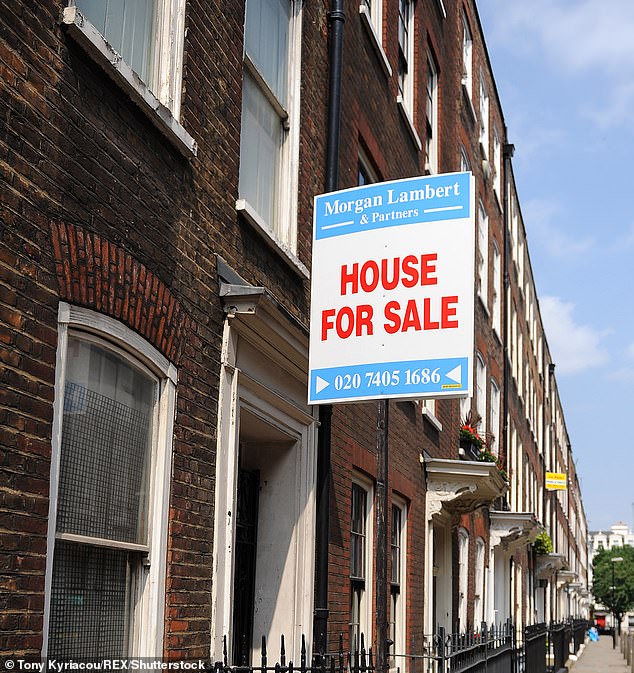 During the lockdown, Britons were told not to move house. This restriction has now been lifted, but the property market has remained sluggish

To encourage Britons to go out and start spending this summer, Mr Sunak is expected to announce an immediate reduction in VAT for the hospitality industry.

Pubs, restaurants and hotels are likely to benefit from a six-month cut.

Ministers have long been under pressure to take action on stamp duty to help stimulate the market.

Last year when he was chancellor, Sajid Javid was understood to be considering a radical overhaul that would have made sellers pay the levy rather than buyers.

Those in favour of the change had argued that it would help buyers move up the property ladder as they would be paying the duty on the house they are selling rather than on the usually more expensive one they are buying.

However, it would negatively impact property owners looking to downsize.

The suggestion was eventually ruled out by Mr Javid.

Apple to re-close 25 percent of its US stores after COVID-19 spike sweeps states...

Melbourne mum who has been locked down since FEBRUARY reveals how...

Expert reveals the warning signs that YOUR body is deficient in...