TV’s Steph and Dom Parker, 53 and 55, draw on their 22 years of marriage to solve your relationship problems . . .

Q: My daughter and her husband are buying a brand new home. They have to sell their property in order to proceed, and they have been lucky enough to have had an offer on their existing house.

The problem I have is this — their new home won’t be ready until February and they have to move out before then. It looks like there will be four to six weeks when they will have nowhere to live.

Moving is obviously very expensive and they can’t afford to rent a place to tide them over. However, I am quite willing to put them up in our three-bedroom house for the duration. But my husband will not agree to it.

I will do anything to help my children out. Why do you think he is being so unreasonable over this?

STEPH SAYS: I am sorry to read of your dilemma. While this is a difficult family issue for you, I have also found it refreshing to get a letter that isn’t about the trials and tribulations of lockdown.

Your letter is about the future. I agree that you have a real problem, but it is also about the good things that are coming down the line for your family.

It’s about life moving on, and it’s heartwarming to receive a letter about a positive thing in such bleak times.

So let’s get to the bottom of what your husband is objecting to, so you can return to thinking about the positive direction your family’s life is taking.

I understand that you think he’s being unfair. Our children are always our children. Even when they are adults, at some point they will run straight to mum and dad when things are going wrong — and that continues long after they leave home.

Perhaps your husband had thought he was through that stage, had discharged his responsibilities and was looking forward to some private time with you. But, as mothers, we know that life is not like that. 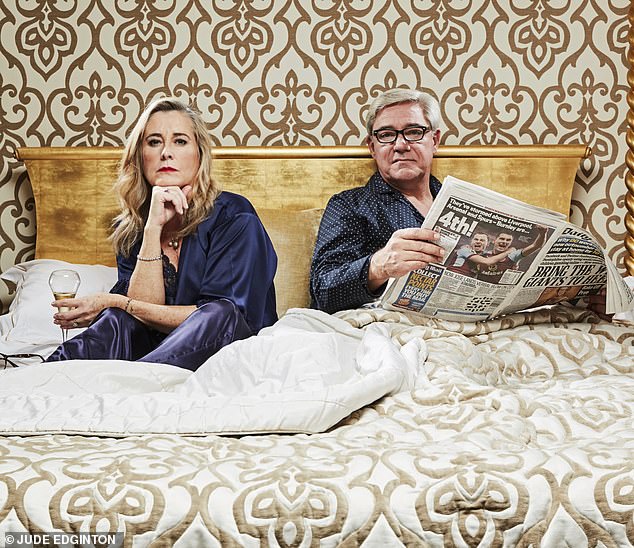 Steph (pictured, with Dom) told the reader that if her husband remains unmoved, she should offer to fund a short-term rental for the period herself

I think it’s exciting that your daughter and her husband are buying a new house — it’s a brand-new beginning. I would say you have done your parental duties admirably!

I feel your husband is being very stubborn and you deserve to know why. You’ll only know if he is being unreasonable when you know what the reason is.

Is it because he doesn’t want to share his wife? Or his space? Is it a reluctance to change his routines or give up his privacy? Whatever the reason, he needs to share it with you.

Sharing your space with your grown-up children day-in and day-out for four to six weeks (or even longer!) might not be easy — even two-week family holidays can be tricky — but when you commit to being a parent, your job never stops.

Tell him you will pay their rent, then

Simply put, as a mother, you will never be able to say no when your daughter asks for help.

Speak to your husband; ask him what his reasons are for refusing and tackle them one by one.

If he remains unmoved, even when you tell him that his little girl is asking and, more importantly, wants to come home, then offer to fund a short-term rental for the period yourself.

Your husband might not be pleased about that, either, but at least you’ll know she will be safe, and won’t miss out on her dream house. But that’s a last resort. If I were you, I’d stick to your guns on having her to stay.

DOM SAYS: I’m delighted to hear your daughter and her husband are buying a new home — what an exciting time for you all. This should be a happy and proud moment for all the family, so why on Earth would your husband have said no?

Maybe the difficulty is his son-in-law — perhaps he rubs along with him perfectly well at the occasional lunch, but doesn’t want to bump into him in the middle of the night.

Or he may well feel that having got to a certain age he doesn’t want or need to spend his time — or space — with anyone else. 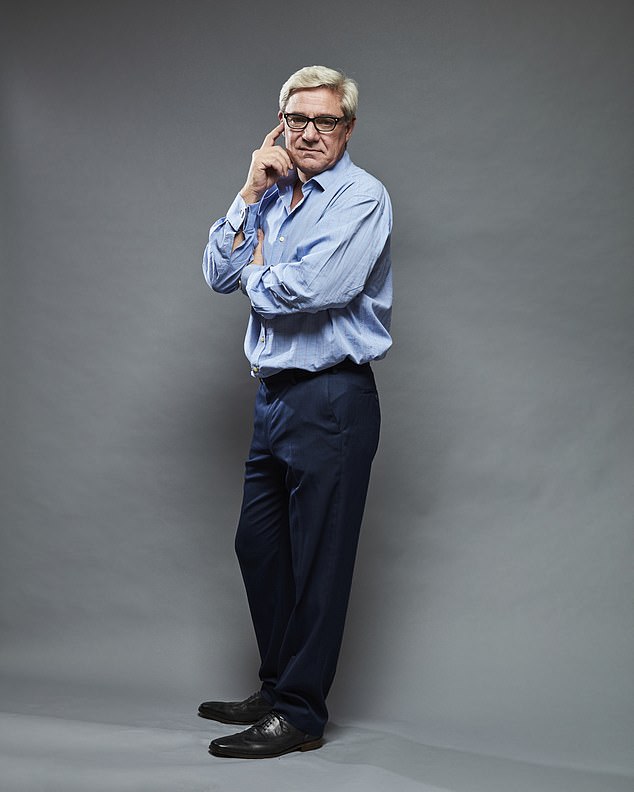 Dom (pictured) advised the woman to present a united front with her husband, as their relationship could be damaged if their daughter comes to stay

I’m sure he loves his daughter unconditionally, but maybe he doesn’t want to live with her. After all, they are talking about four to six weeks and that’s a long time to put up with anyone, even someone we love.

Anyway, you’ve been told they will stay for four to six weeks, but they’re looking to move into a brand-new house. And by brand-new, I assume you mean ‘not finished yet’. And we all know that builders are never on time, ditto house sales. It’s highly likely their ‘four to six weeks’ will become six to eight, or even 12 weeks.

So, I’m not so sure, after all, that your husband is being unreasonable.

But while I understand his perspective, I understand yours, too, and, for the record, I would want to do exactly the same thing as you.

However, my advice is to present a united front and side with your husband.

If he feels that strongly about it, then chances are, if your daughter and her husband did come to stay, the relationship would end up being damaged. But you must help your daughter, too. I think the way to do this would be to help her renegotiate the terms of her move. Chains are hideous, but dates are not always set in stone.

Perhaps your daughter and her husband could renegotiate and either tweak their price up to include a modest sum to cover a rental, or rearrange their moving date with the buyer.

This would be the sensible thing to do — it protects everyone’s relationship. Weeks on end living with the parents is often enough to drive people to do strange things.

Listen to your husband and try to make sure you fully understand that his reason may be to avoid arguments and protect his family.

Unwanted guests can be a bomb blast that ruins everything. Try to go for a less emotional solution to the problem.

If you have a question you’d like Steph and Dom to tackle, write to: stephanddom@dailymail.co.uk

SEBASTIAN SHAKESPEARE: How her holiday romance made novelist Victoria Hislop a Greek heroine

Baroness Scotland renames ‘Commonwealth Hub’ in tribute to the Queen, then shuts it down

Father, 29, and girlfriend, 33, are arrested after remains of his three-year-old daughter are...

Personal trainer dad, 34, is arrested for ‘decapitating his daughter, 13,...

‘I put on a lot of weight during the first lockdown’:...

Young mum who poisoned her own baby ‘to win back’ her...